DDHK buff - 9 months in, and a request 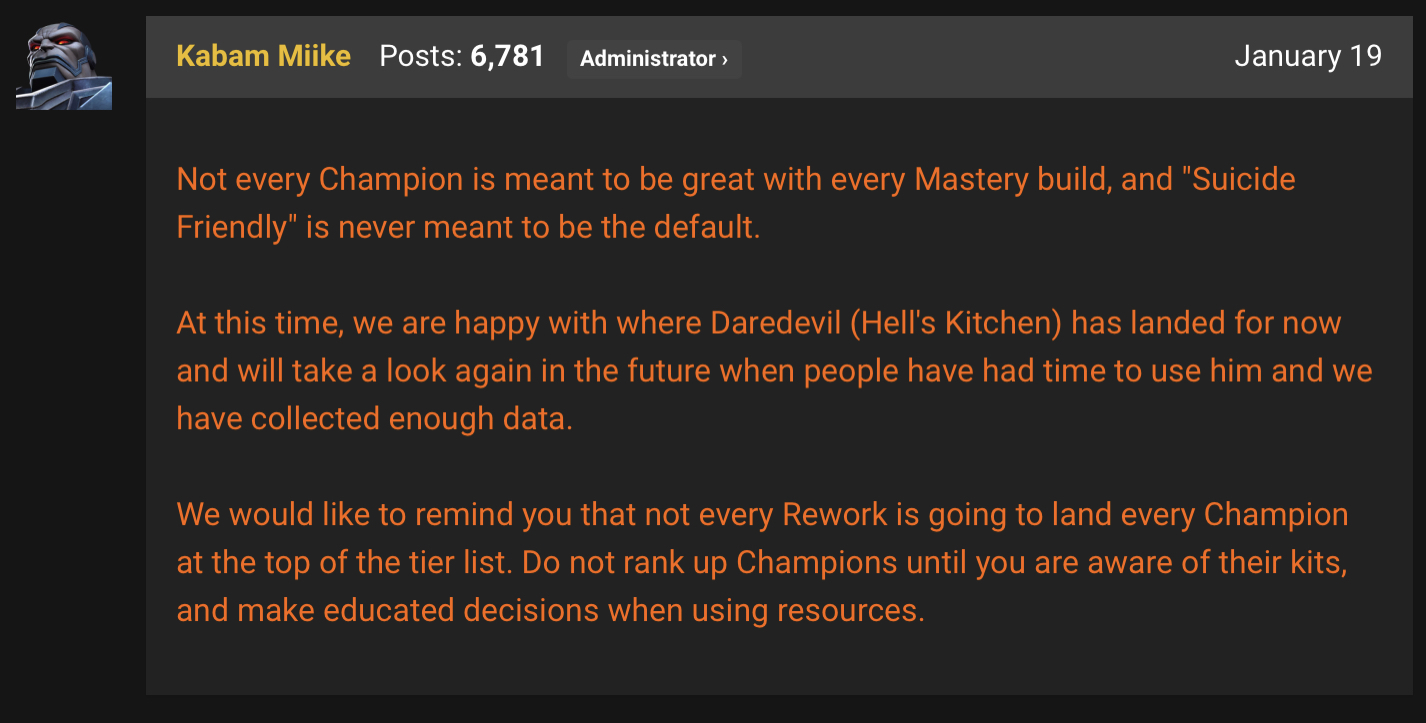 It’s been nine months since the buff for DDHK dropped. Since then, people have been using him and enough data should have been gathered by now, along with Summoner and CCP views, to form a holistic view on how this buff has settled in.

With that in mind, would it be possible to ask for an update on the situation with DDHK, and whether he could be revisited in the future?

For many Summoners, he’s just a few tweaks away from being a great champion.
4
Sign In or Register to comment.