So I ranked someone I can't play properly :/ 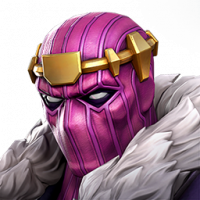 So I was watching Swedah L alliance war video and I saw his outstanding damage with Sorcerer supreme and I was hyped for the damage and I enter a fight or 2 to practice and I realized I don't know how to play her, can someone help out?
Post edited by Kabam Porthos on March 2022
10