I noticed earlier that my Magik defender on Node 55 showed “Defended 0 times” even when my opponent died 3 times.

I thought must be a visual glitch and restarted the game and it shows only 1 kill. I didn’t get a chance to take snapshots of Magik in between Kills. 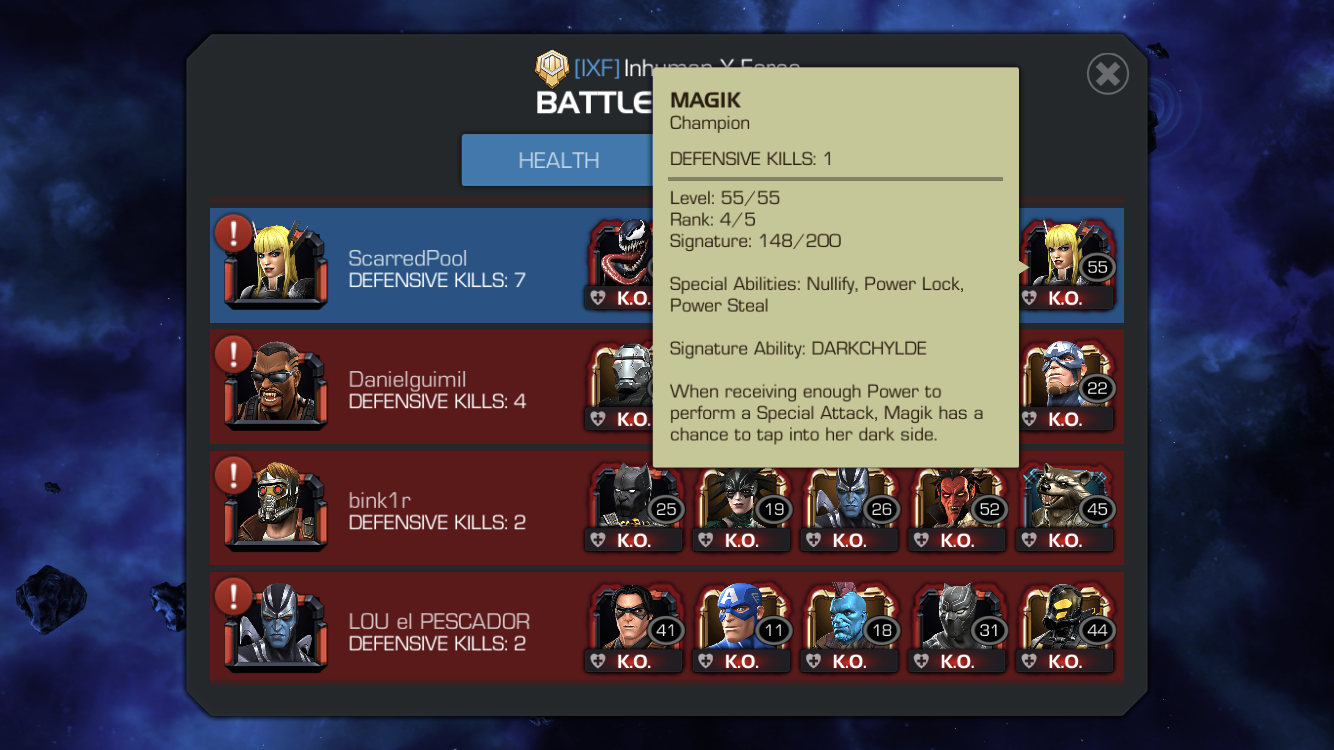 But later another opponent tried attacking Iceman on node 51 and the same problem occured. I have snapshots of opponent dying and Iceman at 1/3 health and still showing “defended 0 times” and 0 kills for Iceman. 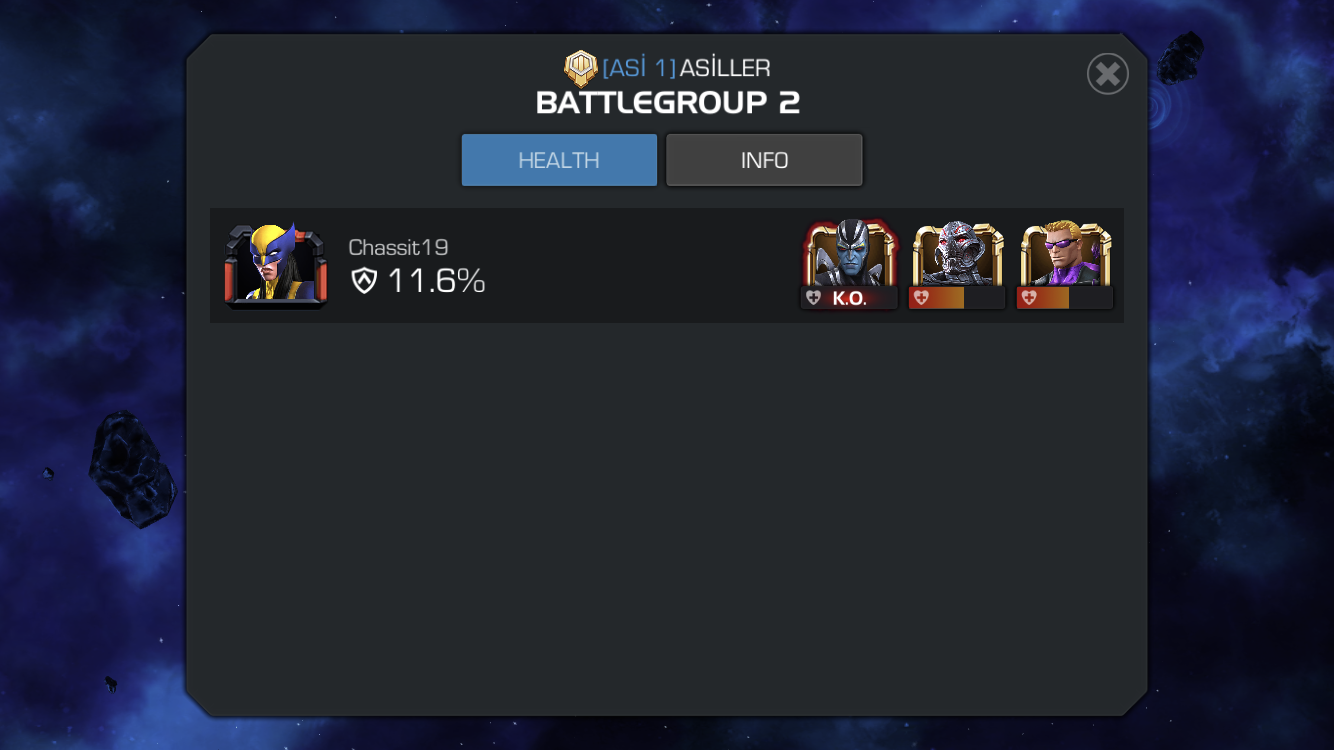 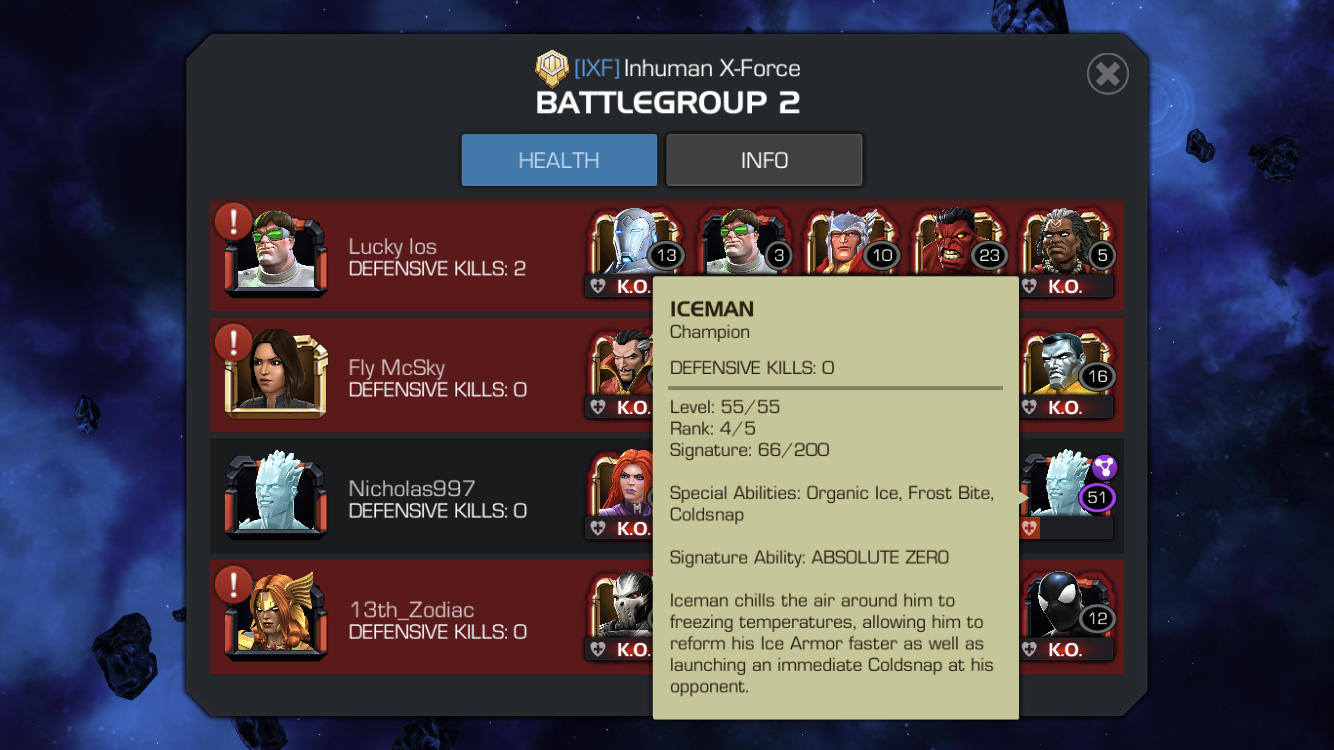 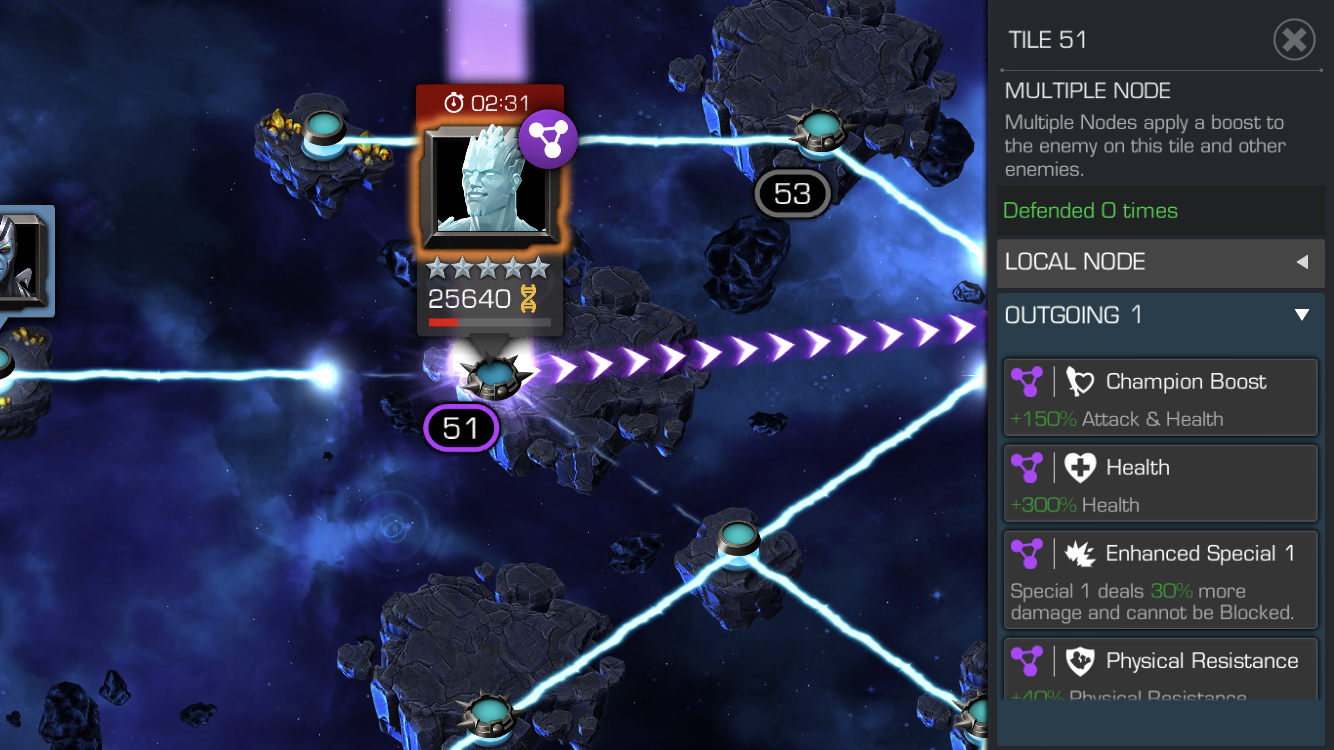 Can one of the mods look into this asap. @Kabam Miike @Kabam Wolf @Kabam Zibiit
0