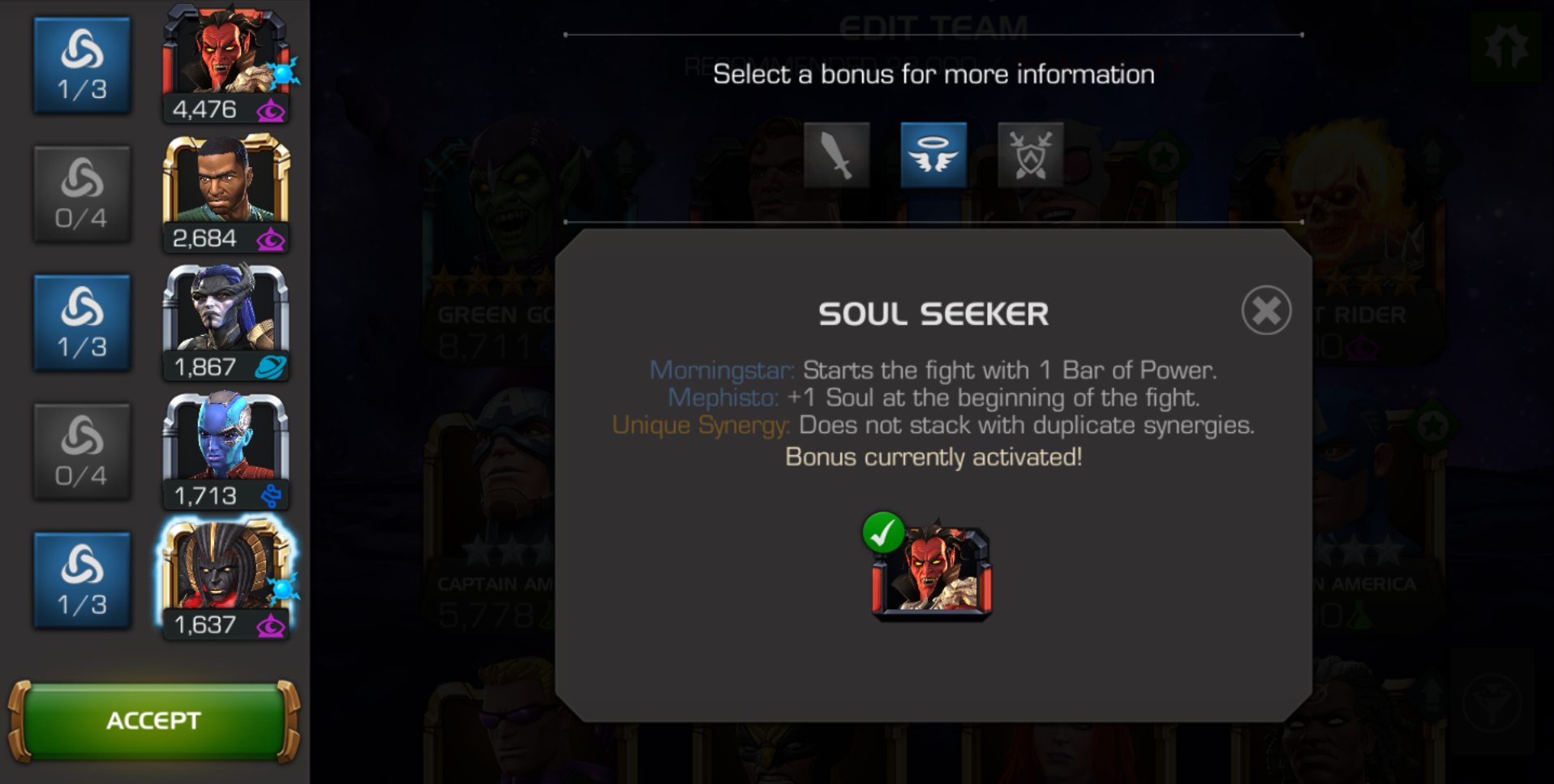 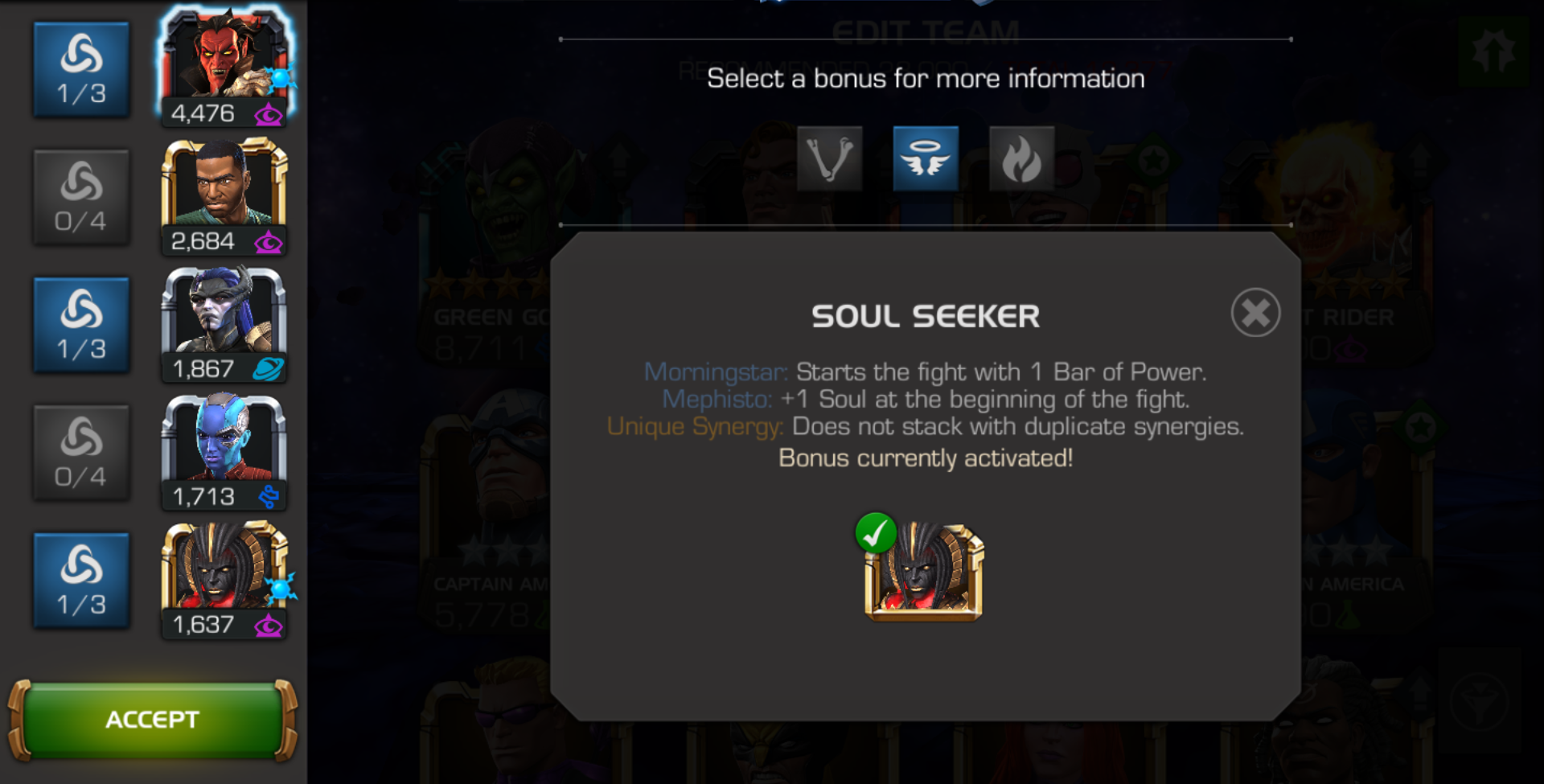 I think this synergy is quite redundant for the both. Since having meph with ms or vice versa would gain the same effect. Would it be better if it were a bit different effect synergy on either of the two? Its kinda useless to some extent. I was hoping that MS will start at 2 bars since the synergy says she will have 1 bar from meph effect and 1 bar from ms.