Home› General Discussion
Greetings Summoner, Due to issues affecting Alliance Wars, Alliance War Season 36 will be postponed until August 24th, 2022 and the minimum number of Wars Summoners are required to participate in to qualify for rewards will be reduced to 3. The Season will be shortened to 3 weeks.

The currently active War will not count affect the Season scores. War Rating will still be affected by these Wars.

The culprit behind the issues of the game causing emergency maintenance

Midnite93 Posts: 4,175 ★★★★★
November 2019 in General Discussion
It is Diablo himself due to drinking himself in sorrow over the fact that he is suffering the curse of being a joke tier champ. In order to take over the battlerealm he sought to use his concotions to cause a chemical reaction to the servers. However, the concotions turned out to be a diaster since he made the concotions in his drunken state after consuming too much liquor. So, Kabam was forced to undergo emergency maintenance to fix as much as they could and even now they are trying to get fixes done ASAP and were forced to do OTs. Diablo has finally been arrested for his drunken debauchery. He is a bad role model for the kids encouraging them to do underage drinking and also kids end up making concotions in labs causing explosions. Still he is shamelessly smiling despite the mess he has caused. So Diablo, What do have to say for yourself you drunk fool? 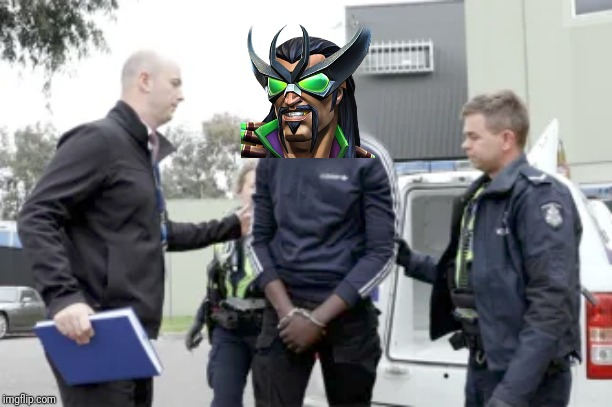