Magrailothos Posts: 4,113 ★★★★★
January 2020 in Bugs and Known Issues
Fighting in the Arena today; and noticed twice when firing off a Special Attack in this fight, that Thing nullified Annihilus's Cosmic Control Rod. I remembered I've seen it before as well; so I got a screenshot today: 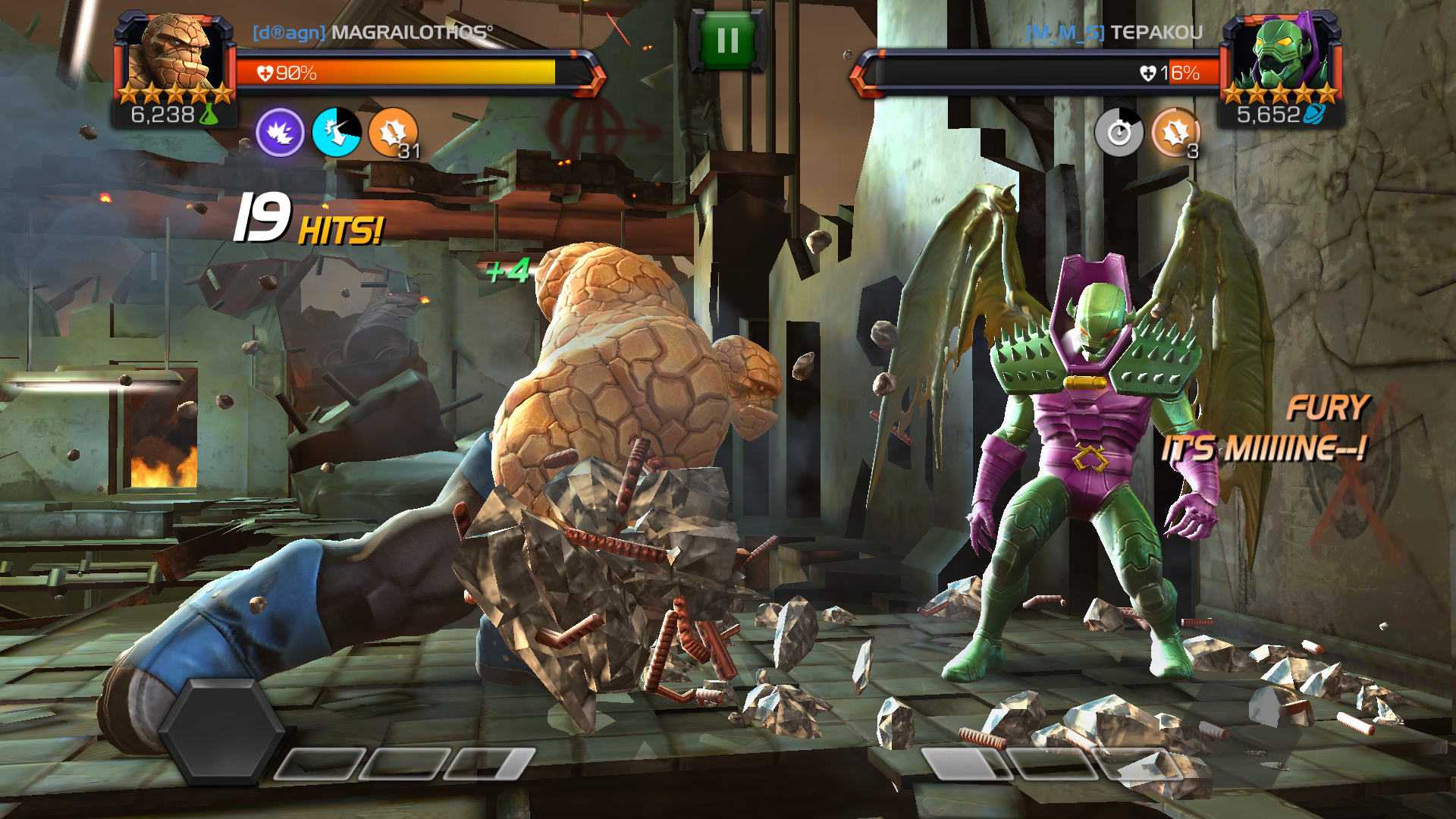 I'm in Assassin's range here; but the same thing happened earlier in the fight at higher health (which is why I thought 'hey, that thing's happened again!', and was ready to take a screenshot!).

I'm guessing it's an interaction between Thing's 'Stopping Power' ability to nullify Unstoppable (and, no, Annihilus was not Unstoppable - I was hitting him at the end of a MLLLM combo) and Annihilus's ability to resist Nullify by sacrificing his Cosmic Control Rod.

It's not the biggest problem; but since it gives Annihilus a fairly hefty damage boost, it does make Thing a less good option to take on Annihilus when he's on a boss node.

Thanks for looking into it.
0