Home› General Discussion
Summoners, earlier today a notification for a Guardians of the Galaxy gift was delivered to some Summoners. This was done by accident, and we apologize for any confusion this may have caused. 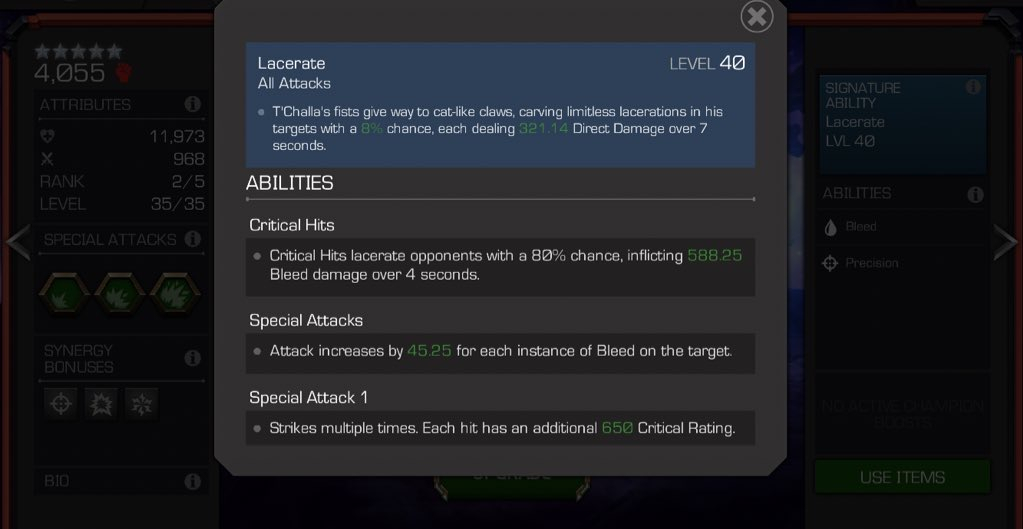 So black panther’s inbuilt ability of 80% chance on critical Hits to inflict bleed Is exactly same as synergy provided by Tigra to him,so basically synergy doesn’t do anything?
Is it the wording problem . Would be nice to receive some explanation on this one!
5