World Eater Posts: 2,543 ★★★★★
October 2017 edited November 2017 in Bugs and Known Issues
Video speaks for itself. Around hit 96, I feel the game messing up and back off. Next combo, my 4th hit misses and I eat an enemy combo, killing almost half my health.

This happens a lot with Captain Marvel and Scarlet Witch, usually missing on their 4th hit of a combo. 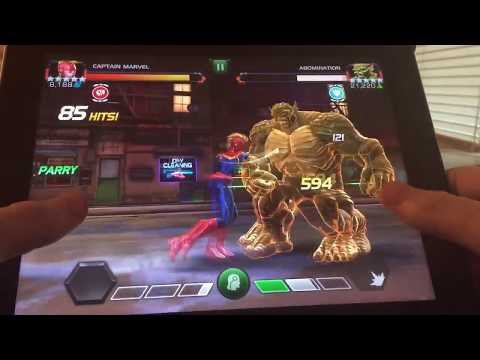