Proxima Midnight needs a Tune-Up... And here it is

Proxima is a champion with amazing Damage potential, hampered by an incredibly long build-up; and the existence of damage caps in much of the content where she could shine. Her Missions are very variably difficult; and can be effectively impossible (eg. Intercept Vs Rhino, or on a Mighty Charge node), which really needs to change. Her low Block proficiency is also problematic, given the importance of blocking for her Parry Mission (and her knockdown mission). With her ability to Parry projectiles, and her OARR on blocking, it's odd that she's so bad at just plain blocking: she's designed to ramp up and shine in long fights; but the Chip damage she takes on the way is excessive. Here she is, Tuned Up to offer a little more than just being Corvus's sidekick; with abilities that reward good gameplay. 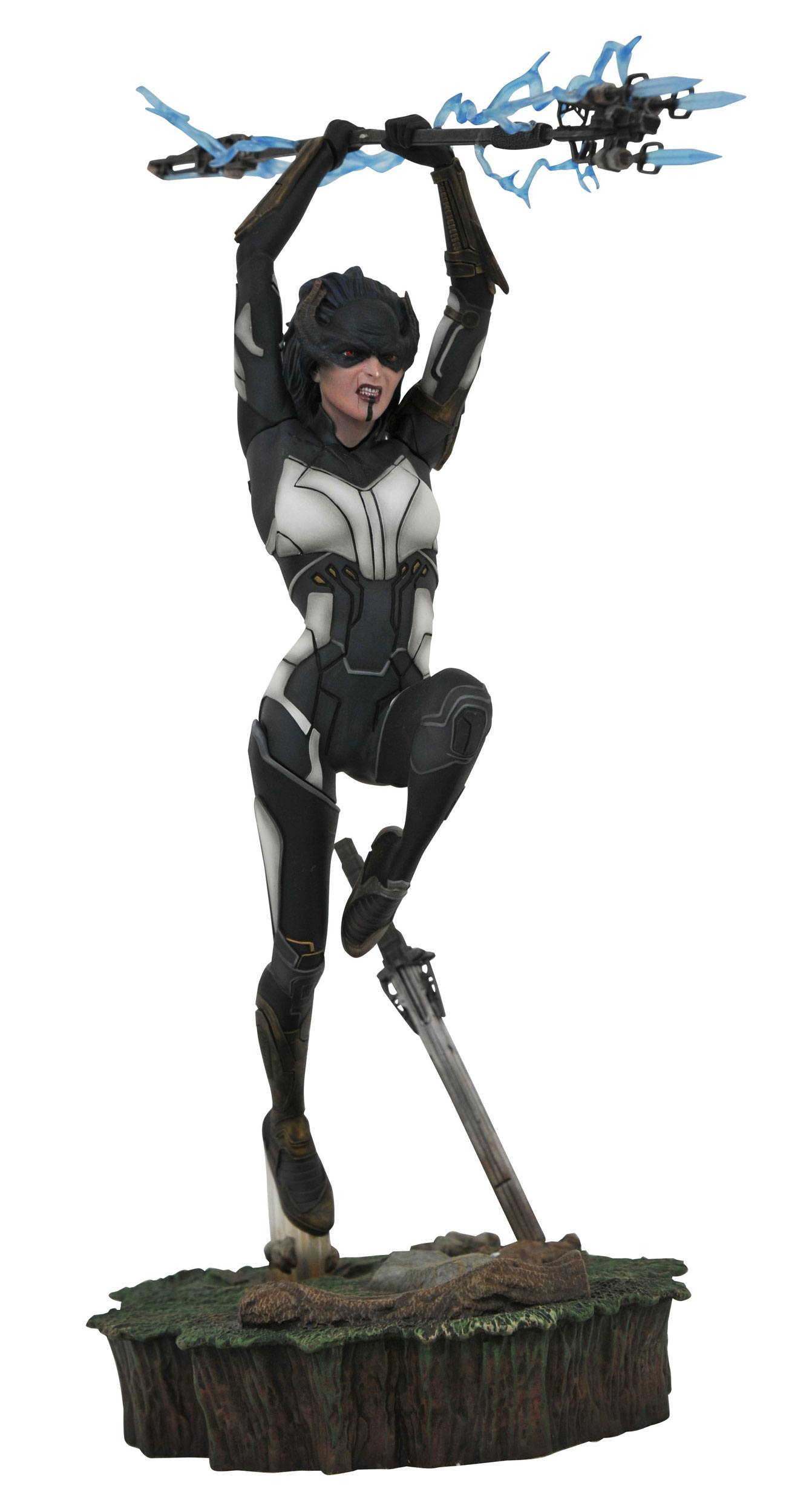 Blocking
Proxima reduces the opponent's Offensive Ability Accuracy by 200% whilst blocking.
Proxima can activate the Parry Mastery against non-contact attacks.
Proxima's Block Proficiency cannot be passively reduced*, although it is impacted by debuffs such as Incinerate and Fragility.
Well-timed Blocks: Generate a permanent Bulwark charge, increasing Block proficiency by 112. Max stacks 20. All charges are lost if Proxima if affected by Concussion or Stun.
*This should be handy on nodes like Soft Guard and against opponents with Block Penetration

Safeguard
When Proxima reaches a combo multiplier of thirty, she generates a Safeguard buff. Each Safeguard buff reduces the Damage from any single hit other than an SP3 to a maximum of 5% health. A buff is removed once triggered, and may be triggered whilst blocking, if block damage would exceed 5% of her health. She can sustain a maximum of three of these buffs.
This should be a lot more useful than her existing Safeguard ability; and let her survive a few hits against strong opponents. Like several previously Passive abilities, it's now a buff, bringing her into line with other Cosmic champions and making her vulnerable to Mystics. With her ability to build up Bulwark charges, she should be a lot more sustainable over those looking fights she's designed for.

When Proxima completes a mission, she gains a Prowess buff increasing Special Damage by 200% for seven seconds. If this buff expires naturally, it is converted to a permanent Passive Prowess with the same Potency.
Proxima's second mission should now be significantly easier to complete; particularly against opponents who go Unstoppable on a Dash attack. She now counters Miss, although her True Insight buff can be Nullified or Staggered, and isn't effective against Autoblock any longer. Her Prowess buffs are also Vulnerable to being Nullified, which prevents them becoming permanent passives.

Special Attacks:
Activating a special Attack has a 50% chance to activate a non-stacking Precision buff granting +550 Critical Rating for 7 seconds, which is paused during Special Attacks. The ability accuracy, potency and duration of this ability rises by 1% per hit in Proxima's combo meter. Max benefits at 100 Combo.

SP1 - The final hit of this attack inflicts a Shock debuff inflicting 1380 damage over five seconds. An additional stack of Shock is inflicted per 30 hits on her combo meter (max four stacks)

SP3 - 100% chance to Stun for 5 seconds. 100% chance to Armour Break (Removing an Armour Up buff and inflicting -2650 Armour Rating for nine seconds).
Against Tech opponents, this attack removes all stacks of Armour Up, and with a combo of 50 or more, she inflicts a second Armour Break of equal potency.
Proxima now has combo-related benefits to all her Special Attacks; giving her continuous ramp-up even if she's not Awakened, or in shorter fights. The stacking SP1 debuffs will help in environments with a Damage cap; and the raw SP2 damage should become fairly insane when she combines her Precision buff, combo-Cruelty, Prowess passives and Fury buffs from her Awakened Ability. And with SP2s costing up to 48% less Power, she'll be able to throw a lot of them; again helping where a cap exists.

Control the Offensive: (Solo synergy with Cull Obsidian) - When Proxima reaches a combo of 50, she triggers two objectives for her current Mission.