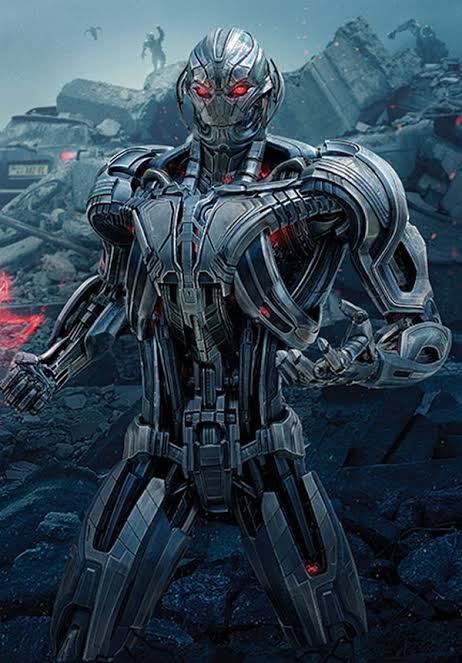 So I pulled Ultron some time ago and have been testing him in as much content as I could, and it's safe to say that he's a bit of a beast. In addition to that I've also found a rotation that doesn't require the Hulkbuster Synergy to work, and thought it would be fun to share. So without further ado, here's my take on Pinocchio (get the reference?)

*Overview*
Ultron is a reverse Guardian of sorts, stacking on as many Debuffs as possible before spending all of them to empower his Specials and basic attacks. His utility lets him keep up with most fights, and he excels even in matchups where Robots should ideally be toast. He's an incredibly versatile Champion with a lot of tricks up his sleeve for all kinds of enemies.

*Playstyle*
While the standard Heavy-Sp2-Sp1 playstyle is more than enough for Ultron to wreck enemies, it suffers from the major drawback of requiring a Synergy Champ too effectively pull off. In addition, reserving the Heavy for 2 Power Bars really limits his damage output, so this is a playstyle I discovered for short/medium fights (UC/Cav difficulty):

The above playstyle should take out most enemies, but if not just repeat the above steps.
The key to Ultron is keeping count of his combo meter, as every 3rd hit applies a Bleed and every 5th hit is a guaranteed Crit.
*Also, remember that attacks that don't make contact also count to this (so hitting into Block or whiffing will add to this hit counter.)*
The most important thing is to ensure that almost every Heavy or Special attack is a guaranteed Crit, letting his deal tons of damage in a few hits.

*Pros*
1) Damage
With access to so many Bleeds and critical Heavies/Specials, Ultron will quickly stack up lots of damage. If you're looking to end a fight quickly and easily then Ultron will not disappoint.

2) AAR immunity
Ultron's Functions are unaffected by Ability Accuracy Reduction. This lets the player follow his playstyle without fear of missing out on damage, and ironically makes him one of the best Magneto and Domino counters in the game, as he'll deal Degen instead of Bleed on his 3rd hit.

3) Evade counter
Ultron is a fairly decent Evade counter. If played right then most of his damage will either come from single-hit Critical Heavies/Specials or Bleeds. As the number of hit he lands is lower, the opponent will not Evade and counterattack too often, and the Stun from Sp1 can also be utilised to get some hits in.

4) Sustainability
One of the main reasons why I love him. Ultron is ultra sustainable, and can take a lot of damage and keep going. With base Poison and Bleed immunities, Energy resistance, Incinerate and Shock damage mitigation, potent Regen, above average Block Prof, on-demand Armour Buffs and an Evade safety net, it's very hard to die with Ultron.

5) Mutant killer
With Degens against Bleed immunes and Evaders like Nightcrawler, AAR immunity against Magneto, Armour Buffs against Havok and his myriad of resistances and Regen to bounce back from powerful Special attacks, Ultron was built to destroy Mutants. Move over, Nimrod, the new Mutant hunter is in town.

6) No Synergies Required
Slightly controversial opinion, but here we go. With the above rotation Ultron doesn't need the Hulkbuster Synergy, and even with the standard Sp2 rotation it's just a luxury. I don't even run the Synergy since I dint have Hulkbuster above a 4*, and he still quickly bursts down opponents. He will not suffer in the slightest even if the Sp3 bug is fixed.

*Cons*
1) Physical Hits
Almost all of Ultron's attacks are Physical Contact, making him a poor counter to Korg and Electro.

2) Bleed immunes
Ultron greatly depends on his Bleeds to deal damage, as they enhance all his attacks. As a result, he greatly suffers against Bleed immune non-Mutants.

3) Tenacity
Similar to above, Ultron suffers against Champs that Purify Debuffs, greatly reducing his sources of damage.

Final Opinion
I believe that Ultron is one of the best Buffs introduced this year, elevating an almost forgotten Champ to the position of a very real threat.
8