Question around fight results in Battlegrounds 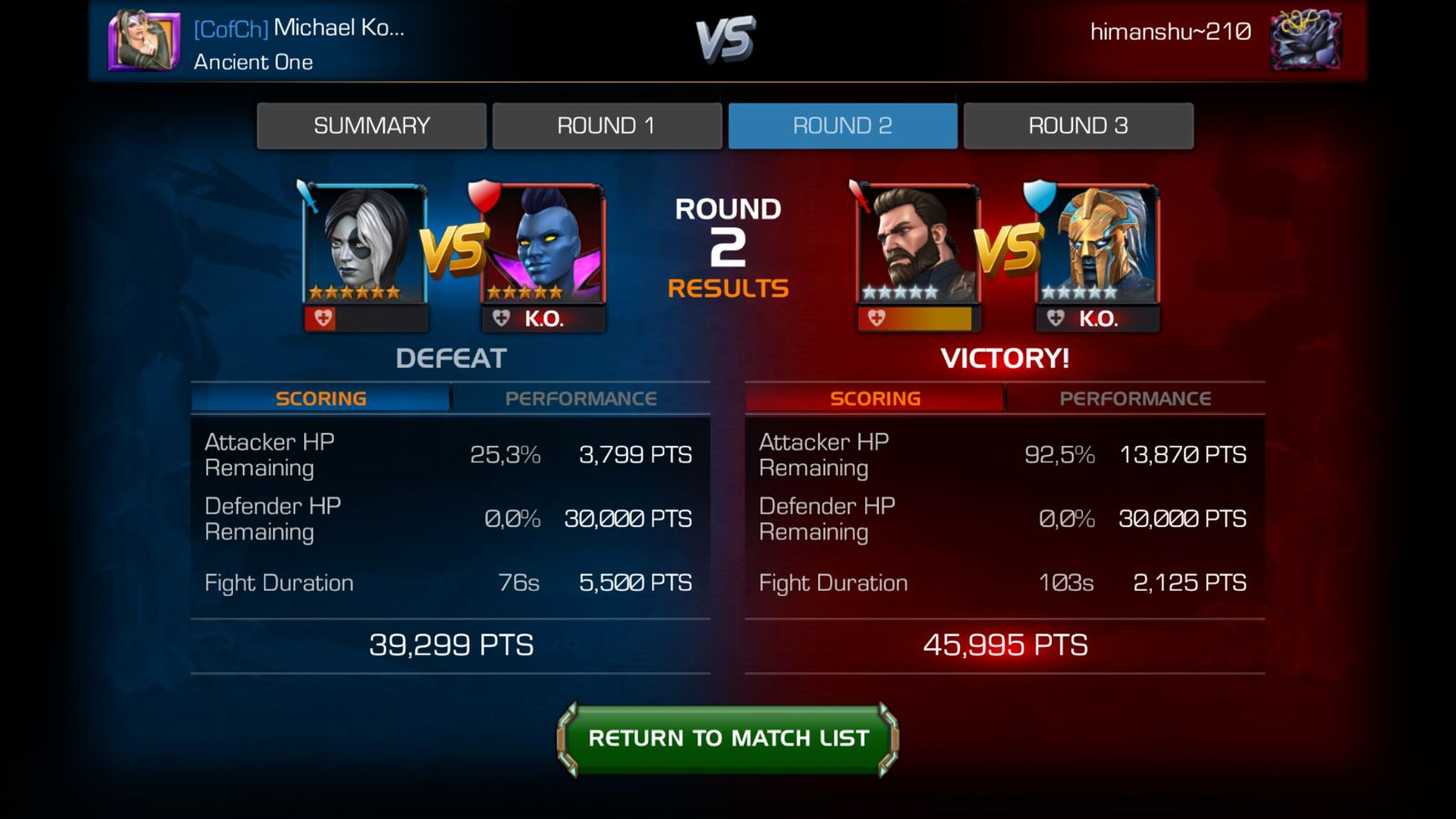 In this fight, I was defeated in the fight between my attacker Domino, and the opponents defender Sorcerer Supreme even though Domino clearly won the fight.

Is the defeat in part related to the final score the opponent had in his fight against my Aegon?

If so, is a victory tied to the final score of the round, and not the fight?
1