I've seen one or two small threads in separate issues like this in the past, and thought I'd raise it in a bit more detail: there are visual bugs arising in the crystal vault when you're opening multiple sets of various crystals. (I'm running Android btw, on a Xiaomi Mi Lite 5G, latest Android update)

I was opening gold on my Alt, and noticed that I had less gold in my account than I had apparently opened: 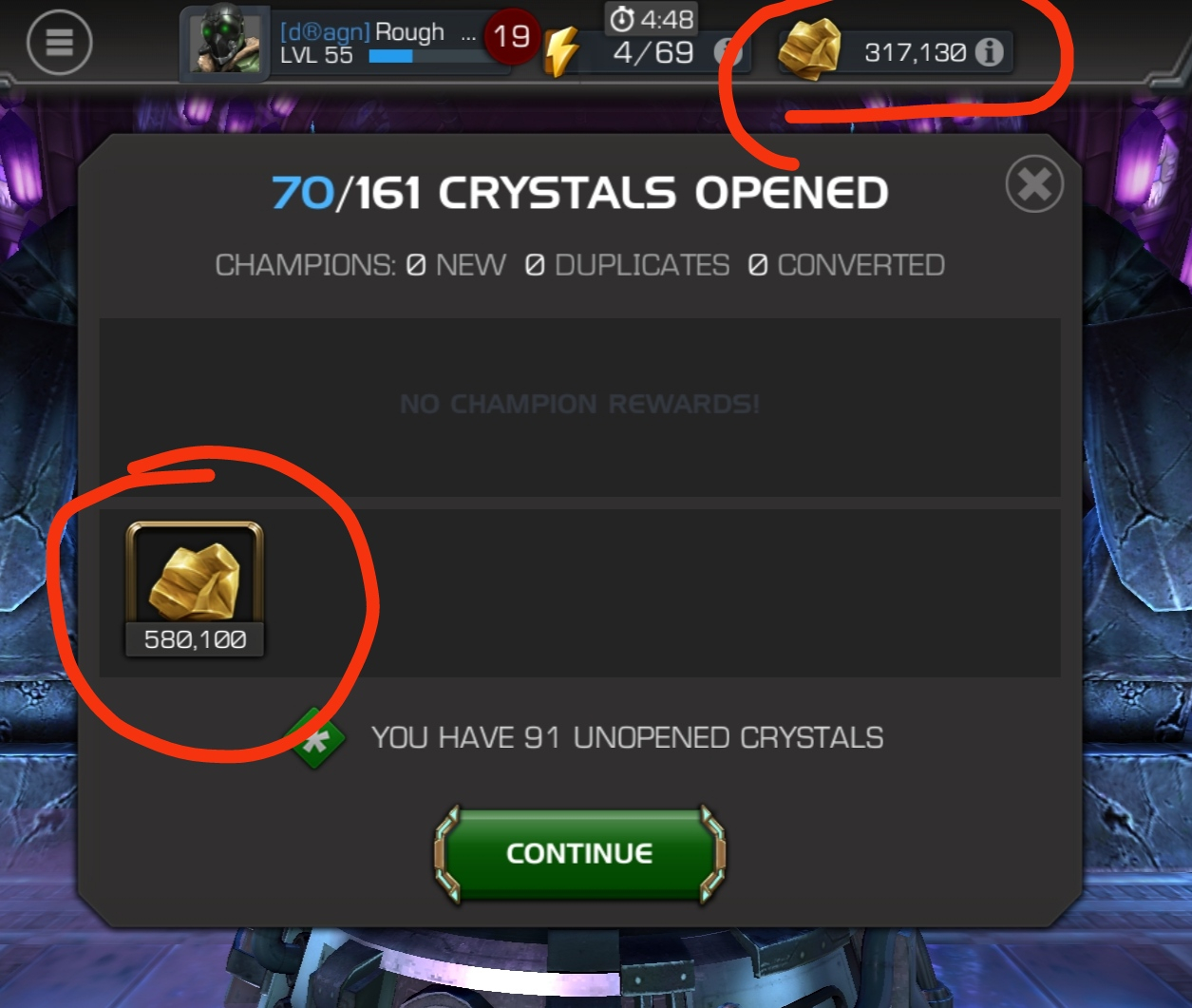 I've seen similar issues with Sig stones crystals, where you open 20 and get more than 20 as a result: 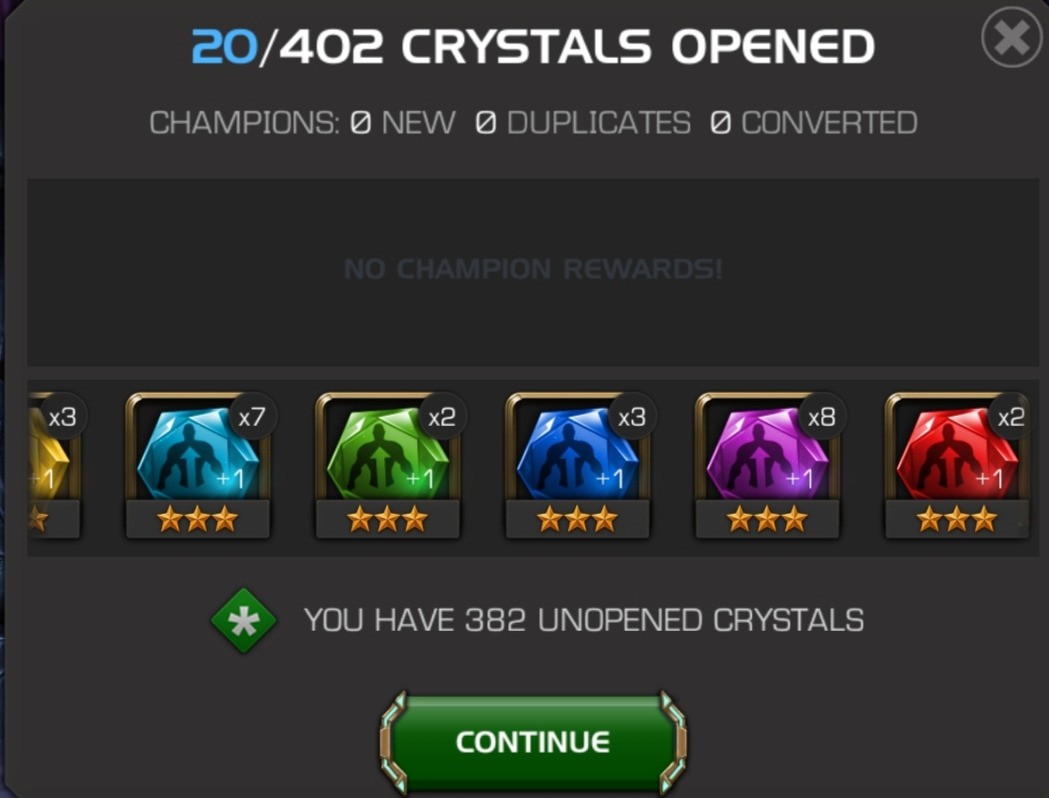 You also get it with Arena boost crystals: 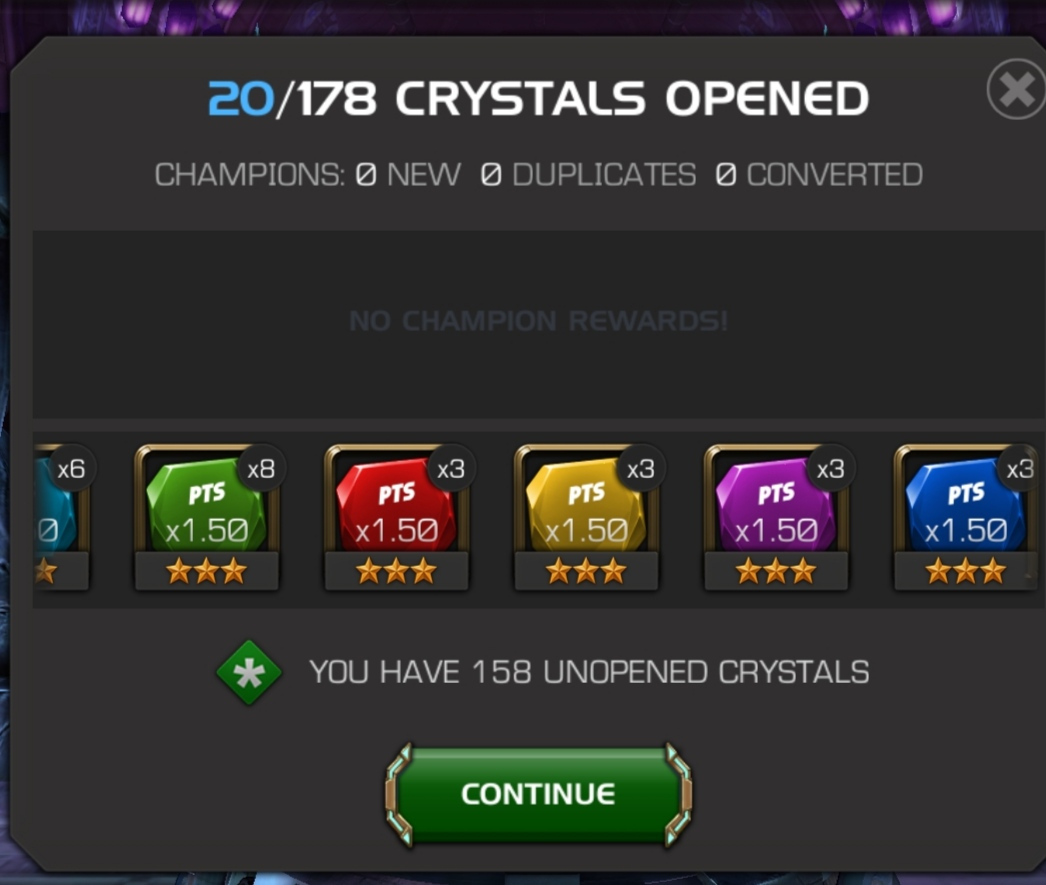 In all cases, it's a visual bug: I'm pretty sure that you only actually get the intended Gold/Sig stones/boosts/etc. I've not noticed an excess of boosts etc in my Stash.

I've been playing this game a while, and I'm not worried about it personally. But I can certainly foresee unhappiness from less experienced players believing they're being cheated; or even spending on Sig stone crystal bundles in the belief that crystals can provide more than one stone if you open a lot. So it's probably a bug worth fixing.

Of note: in each case, the first ten crystals you open always seem to give you the right amount. It's only when you open multiple sets of ten crystals that the bug arises.
Hope this is helpful.
If anyone has more examples/info for the team, please add it below.
Post edited by Kabam Porthos on April 26
1