Home› Strategy and Tips
**KNOWN ISSUE**
An unknown error has resulted in Grandmaster Gauntlet progress being reset for a portion of our playerbase. As a result, we will be temporarily removing the Grandmaster Gauntlet as a playable mode. The mode will be reinstated when the team has resolved the issues.
**FIXED**
There appears to be a bug causing missing VFX (visual effects) for a number of elements including traps, phasing and some blocking animations.
THIS ISSUE WAS FIXED ON SEPT 26

A cross-class synergy team you haven’t heard of…

Hector_1475 Posts: 1,264 ★★★★
June 27 edited June 27 in Strategy and Tips
…or at least I think so. The reason you haven’t heard about it, is that it does not make any of the synergy champs OP. It does not transform any champ to a critting monster let’s say. No huge yellow numbers and impressive Abyss fights due to the synergies coming out of these champs, even though a couple of them are already in the top of their class. Anyway, here we go:


You start with Doom as you base.

Then you add Mr Fantastic. Now your Doom armor breaks on his heavy, everyone in the team gets a 6% attack bonus and Mr Fantastic, although he is a Science champion, he practically gets Mystic Dispersion. Nice…? Oh, also your Doom gets a 20% damage boost on his shock and incinerate debuffs! Moving on…

Now you add Silver Surfer, which makes your Doom even better, since each time he activates his Aura, he randomly also gets one of 3 buffs (fury, energize or armor). Extra bonus, everyone in the team gets increase armor rating and crit rating!

Time to bring War Machine in the team. War Machine, with synergy with SS, gets 2 additional Cleanse charges on his preflight ability (which can be crucial) but most importantly Silver Surfer gets a +25% Buff duration! Now we’re talking!

And we top it all up by bringing an underrated Skill gem, Night Thrasher. He does the following: War Machine gets 25% potency on his ruptures, from his Sp1. NT himself gets 15% potency on his own Shock and Incinerate debuffs!

But that’s not even all: due to synergy between Mr Fantastic and NT, all Skill and Cosmic champs (oh, hello, Silver Surfer) pause their buffs for just a little bit more, via landing basic hits!


If you happen to have all of them, try it out. I personally enjoy the fact that this is a cross-class synergy team, which increases the fields of application, let’s say. 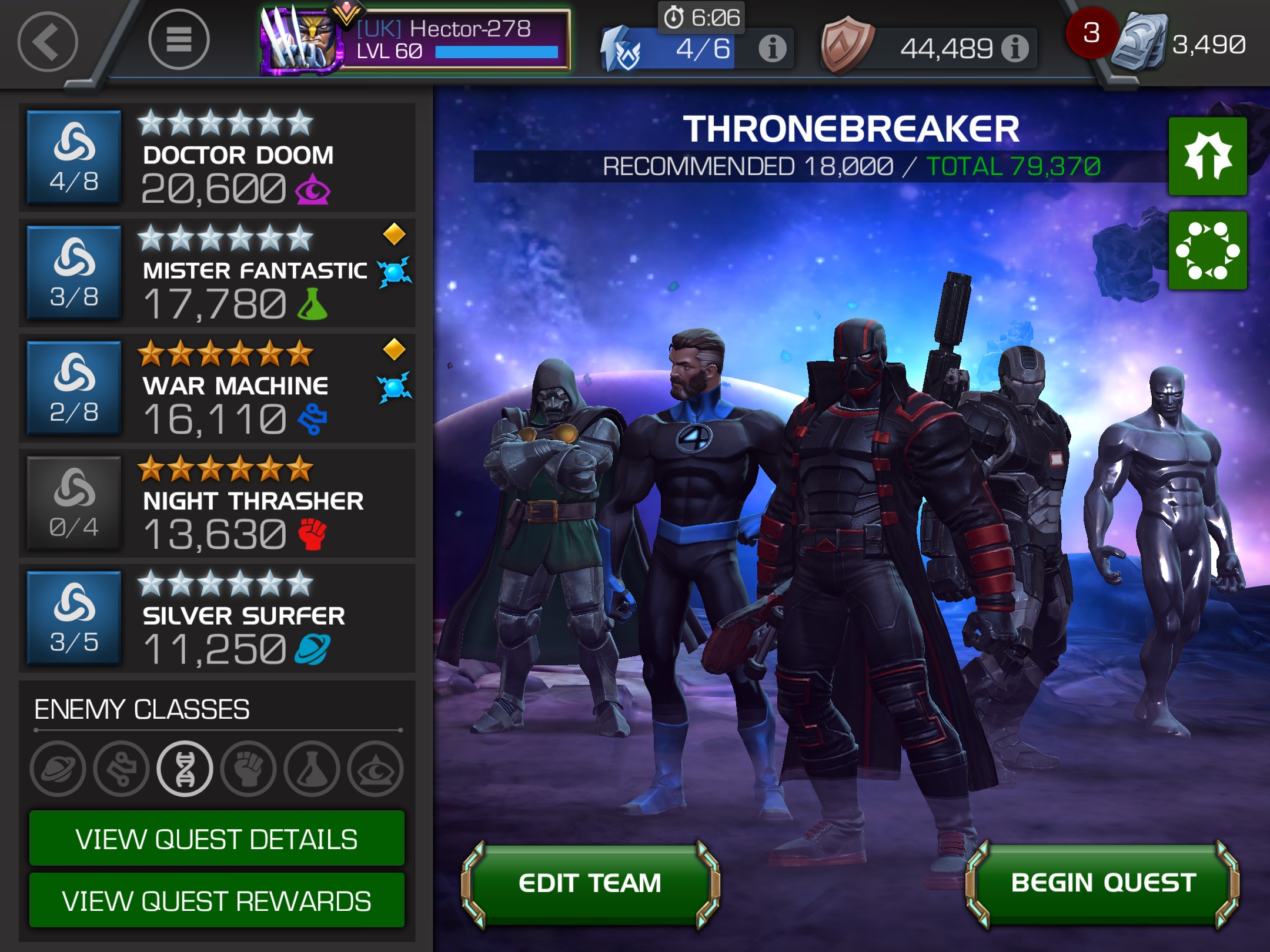