Legends Store is Back but.. 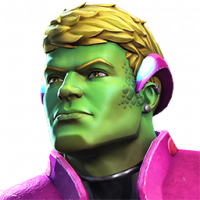 ExHavok Posts: 496 ★★★
September 14 in General Discussion
I thought Mike said there will be a store 1 for 1 trades but it seems exactly the same (2 for 1) as before and it has no energy refills in it.
3