Mr_Otter Posts: 1,614 ★★★
March 2018 in Bugs and Known Issues
I’m one of the first few to point this garbage out but Hood’s Stagger does not work as worded. That or Mystic Dispersion is SERIOSULY broken. Now everyone should be familiar with how both Hood-Siphon and MD are worded but here’s a reminder: 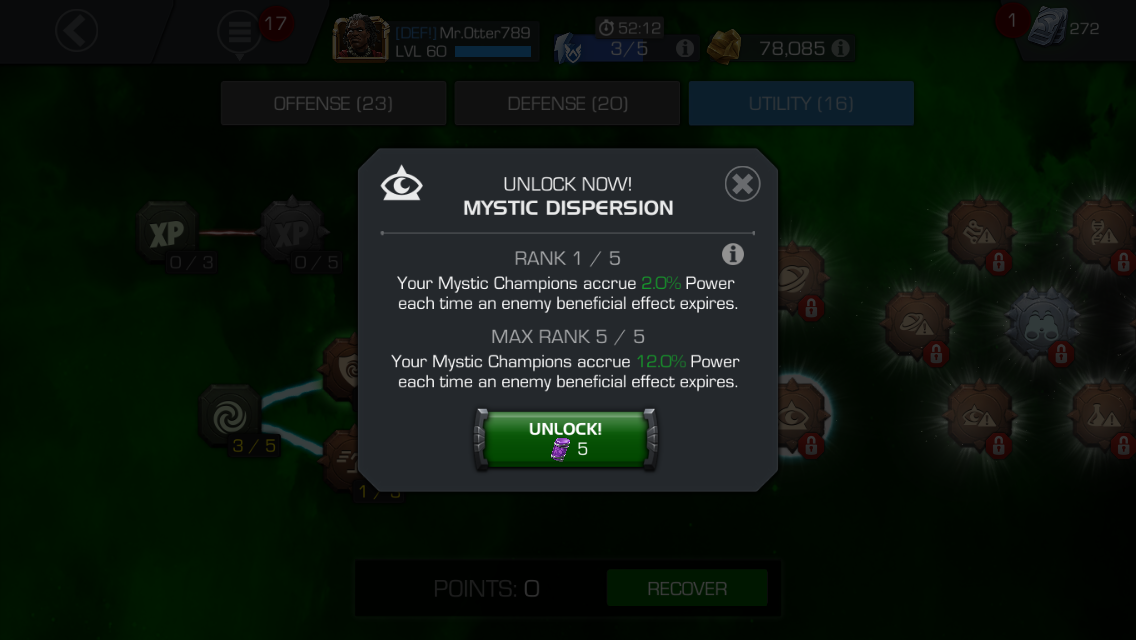 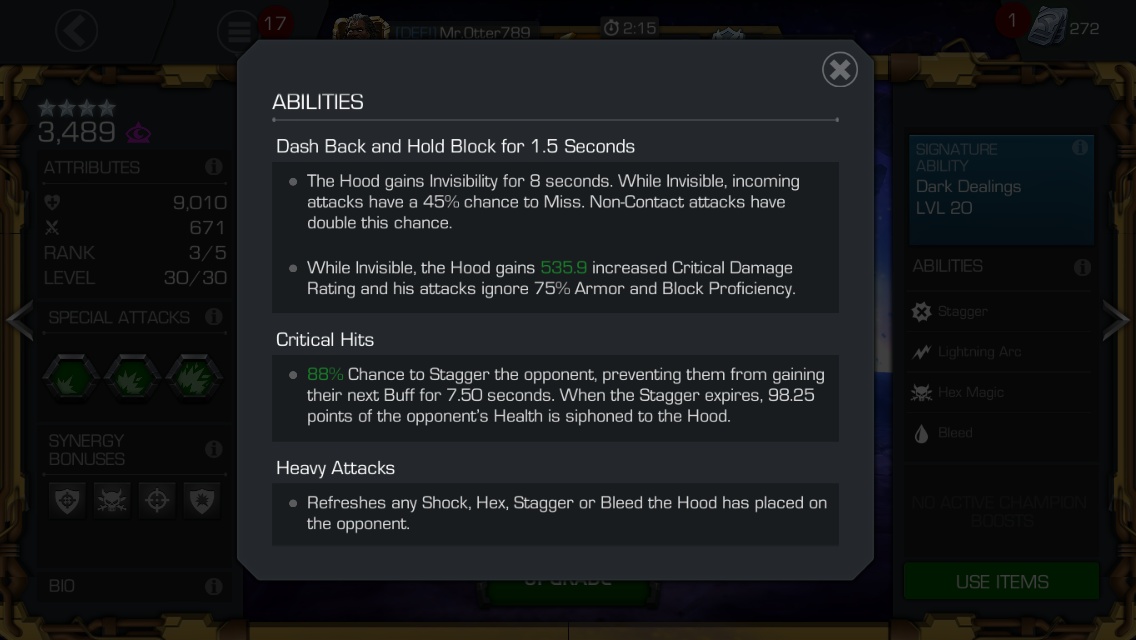 However, when a new Stagger “force expires” an old Stagger to replace it with a Stagger it does not count as “expired”.

Yet I’ve toyed around with Agent Venom using both Hawkeye L1 Bleed and Ressonate. Both of these debuffs are capped at 1 instance at a time. Now after toying with both debuffs I’ve found that after getting it to stick “refreshing” the debuff with another acts as a “forced expire” removing the original and replacing it with a new one that can ve remoced by tenacity. The same thing can be seen with buffs when using Hulk against Mystic Dispersion. After possessing a fury, obtaining a new one acts as the original expiring and a new one taking its place triggering Mystoc Dispersion


A special Moderator did try to clearify this 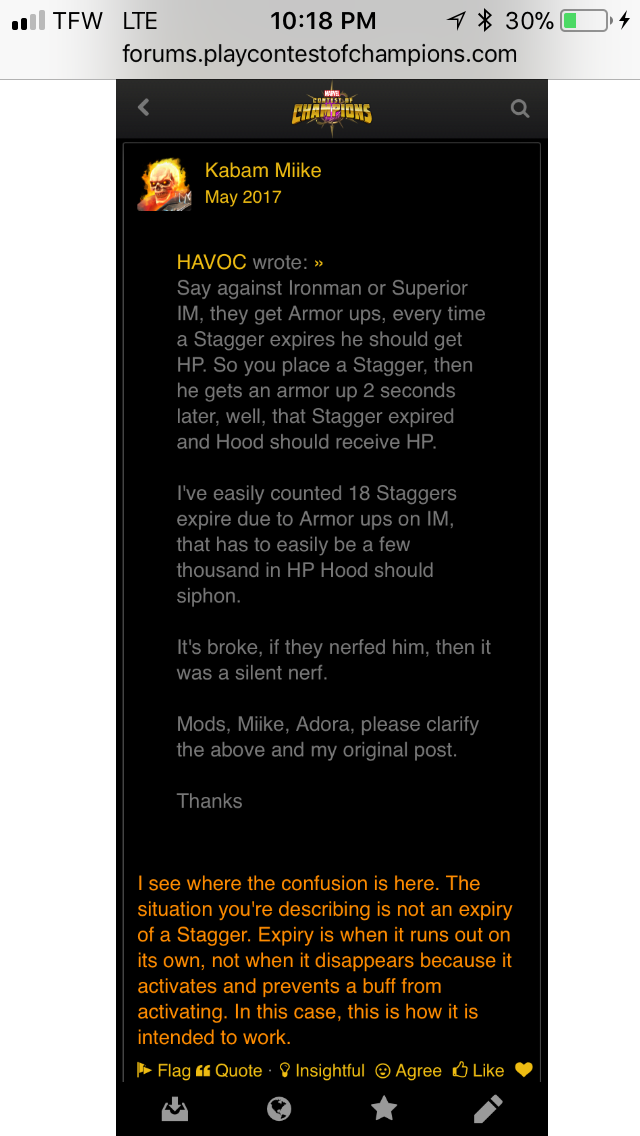 
With great effort I took it upon myself to RECORD a fight with a Venom on the leaderboard. I then scrubbed the video to find the exact frame of “Nullify” and screenshotted the frame 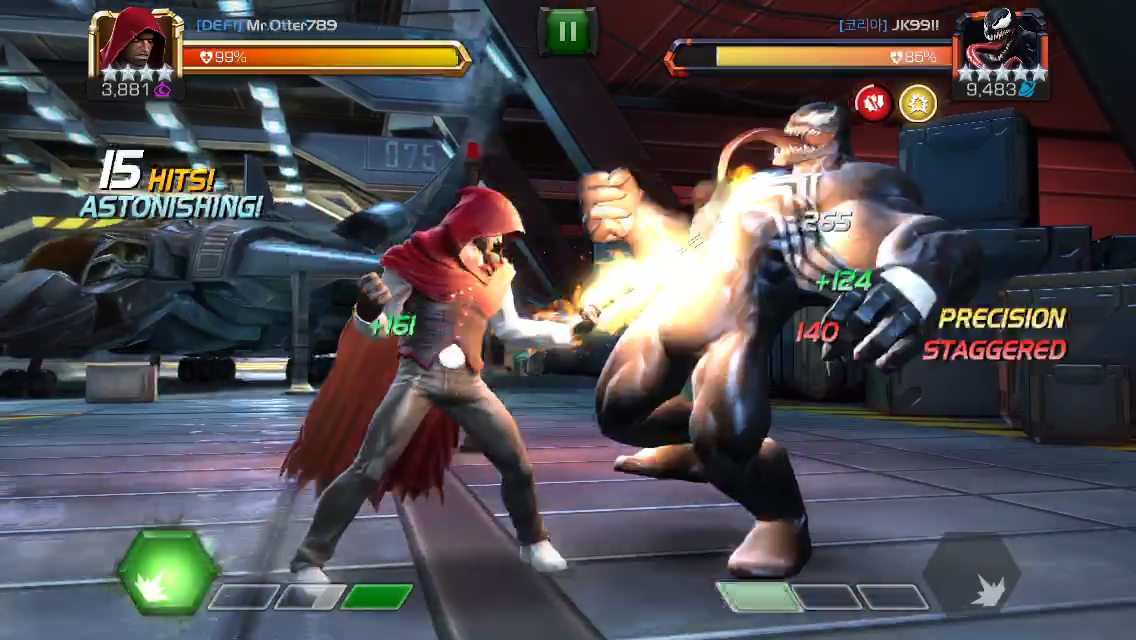 Please notice how during the act of being removed early in this instance by preventing a buff it still triggers the regen.


Now obviously the part about regen only applying when Stagger NATURALLY times out cannot be true as I’ve presented physical evidence against that claim. It also cannot work as worded due to anyone using him knowing that’s not true.

Now to reconcile this we have 3 options

1. Nerf MD to operate like Siphon
2. Nerf Hood to work as “Claimed” and reword the text.
3. Buff Hood’s Siphon to work as MD