Required OS vs Unsupported Devices (not the same thing ??)

SummonerNR Posts: 5,291 Guardian
March 2019 in General Discussion
With the upcoming end to support of iOS 8.x and below, and Android 4.3.1 and below, I also ran across a link you replied to someone's post regarding a “device not supported” message when trying to run game. Link is a list of “UNSUPPORTED DEVICES” (says last updated 10/16/2017). While other posts have included replied link to the DEVICE COMPATIBILITY (although that one is just the list of OS versions, not Devices).

I know that there are a ton of Android devices out there, and is hard to track them all, so will just point out an Apple case. IPad 4th Gen is able to run up to iOS v10.3.3, so supposedly able to still run next month according to the OS list. But that 4th Gen is listed on the UNSUPPORTED DEVICES list in the 2017 article detailing specific devices (it would still run for me as of last month when I last tried it, just really slow so bought a new one).

So is the Unsupported Devices list just saying what devices you are no longer testing as you make new game versions every month, although they may indeed still be able to run the game (albeit with slower and slower loading, or worst and worse lagging) ?? Or should those devices be excluded from the Required Device list in Apple Store (Apple can list both required devices as well as required OS to be able to download the game/updates)

Could you have a single Article that combines BOTH the required OS, as well as listing what devices are no longer supported. Or at least let people know when you send out updated OS requirement notices that even though a device may be running a supported OS that it might still be no longer supported as a device itself because of insufficient processor, memory, RAM, etc.
I think a lot of people are going to assume their device will continue to work so long as they are on a correct OS version (which is not true). 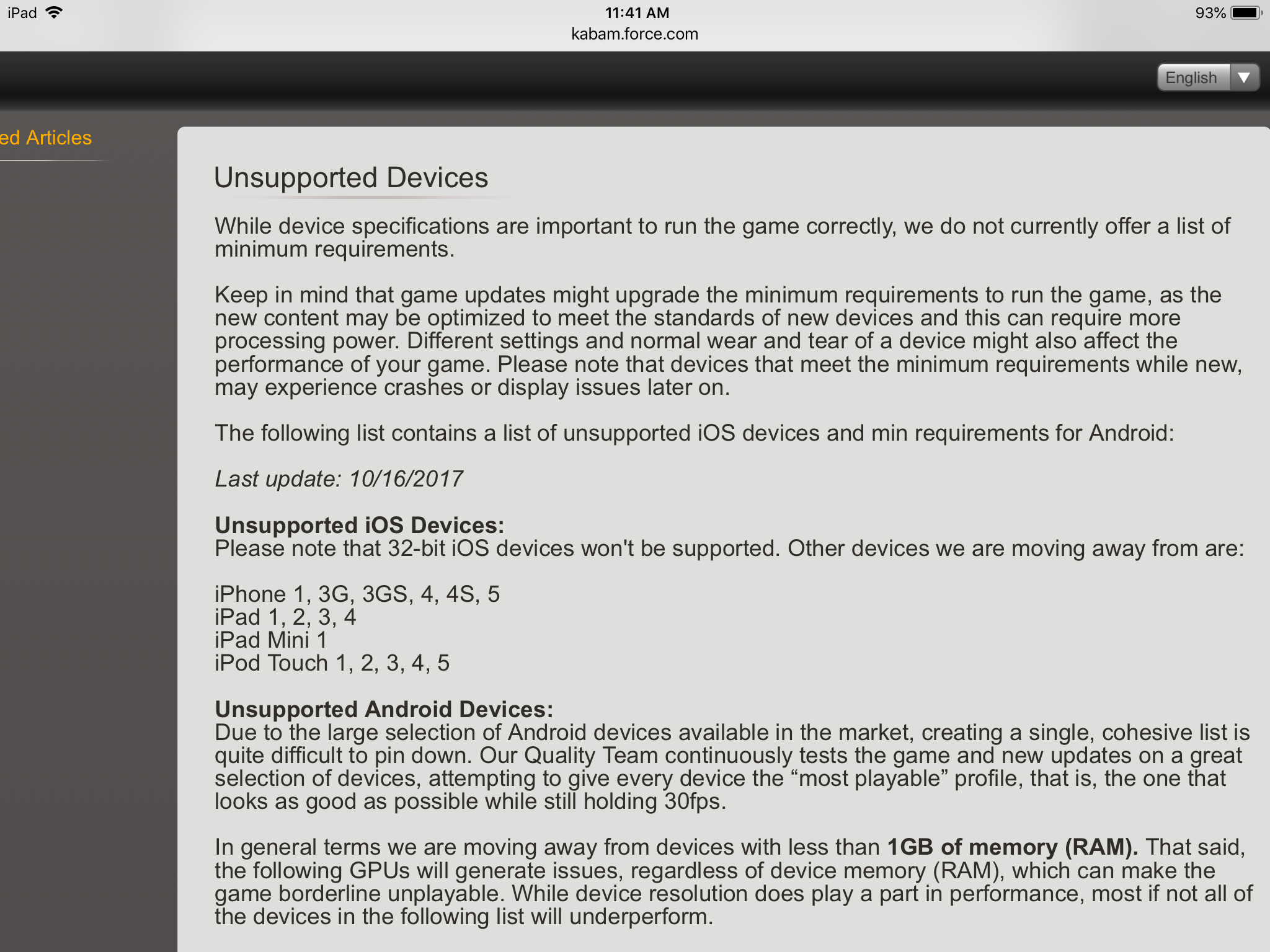 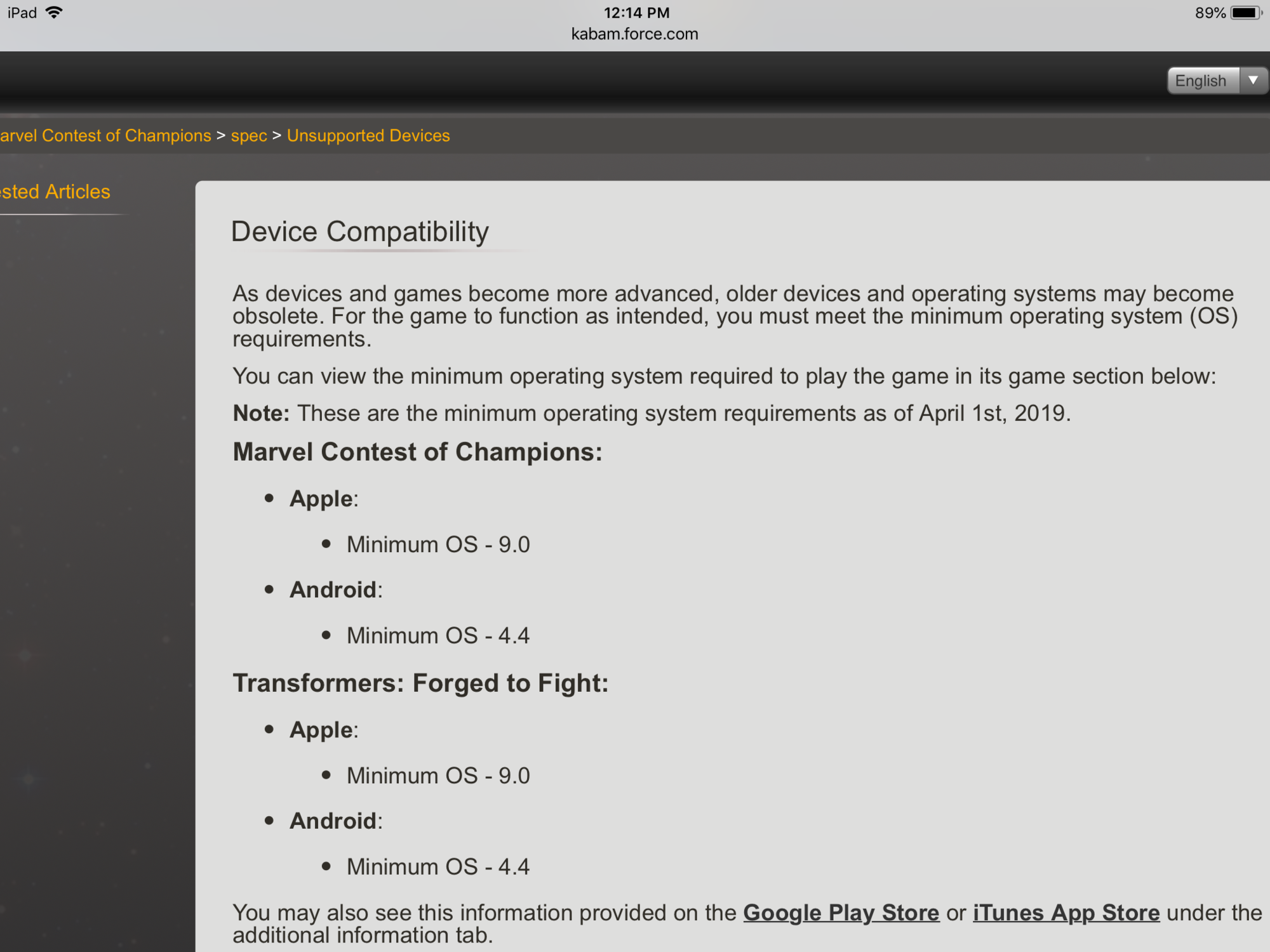