Is a four star Corvus worth 1000 units to awaken?

StarlordisWicked Posts: 295 ★
October 2018 in General Discussion
I figure Corvus will likely go for 4 million in the upcoming basic arena. I’ll be gone 2 days this weekend and will need to spend about 1000 units on refreshes to earn him (and can easily grind him again during the week without units). The question is - is he worth it awakened? I currently have a four star 5/50 Medusa at sig 99, a 4/40 Hyperion at sig 10, Proxima at sig 1 and unduped Drax, Hela, and Angela. He has a lot of hype right now for his damage but haven’t heard much about his awakened ability.

Yes. He is definitely worth the investment to awaken.
16% 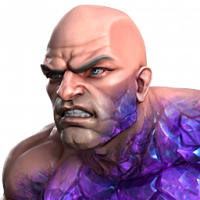