Going back to the old kabam???

Colleen Posts: 101 ★
December 2018 in Bugs and Known Issues
New update seems to of come with a whole lot of bugs and glitches. And we know that for a fact because when it first dropped for a multiple of users. Since my problems NEVER Get solved when a send a ticket I turn to here.
1.) what is this??? This a debuff caused by Emma spidey is supposed to taunt 2.) in war on stun immune I was playing medusa in stun immune....I was hitting her BLOCK trying to push her back light hit,light hit, light hit and parry that’s it’a literally impossible to parry while I’m in the middle of a blocked hit combo,she did have 3 furies but I was hitting her blocked.... 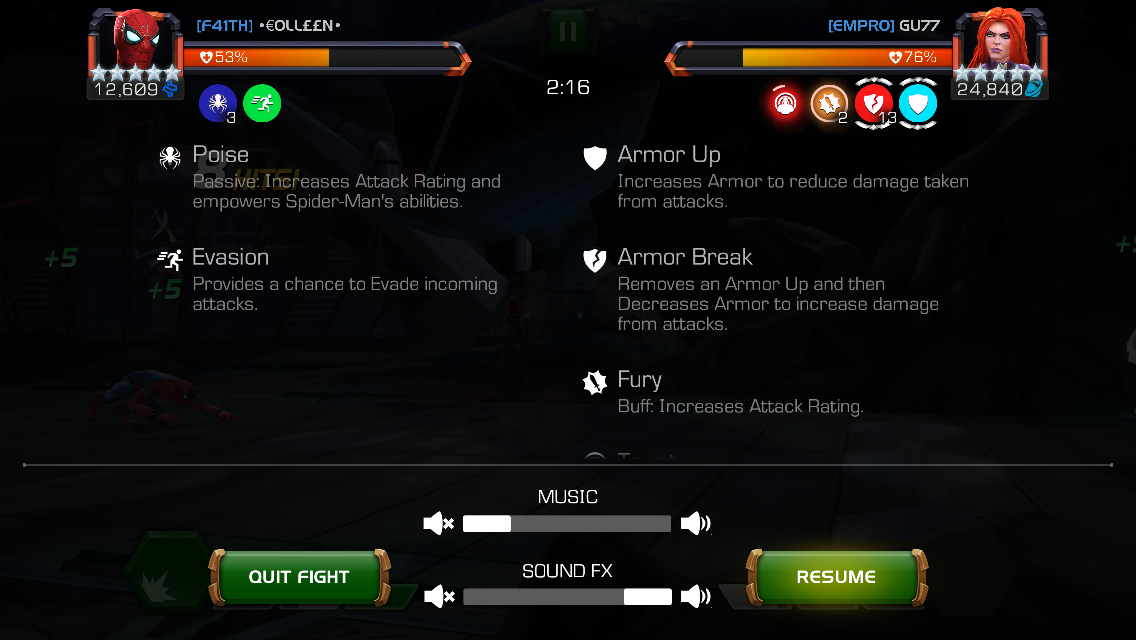