Another season of disappointment

BirdReynolds Posts: 522 ★★★
February 2019 in Suggestions and Requests
7 seasons and I have yet to get more t2a from war crystals than this 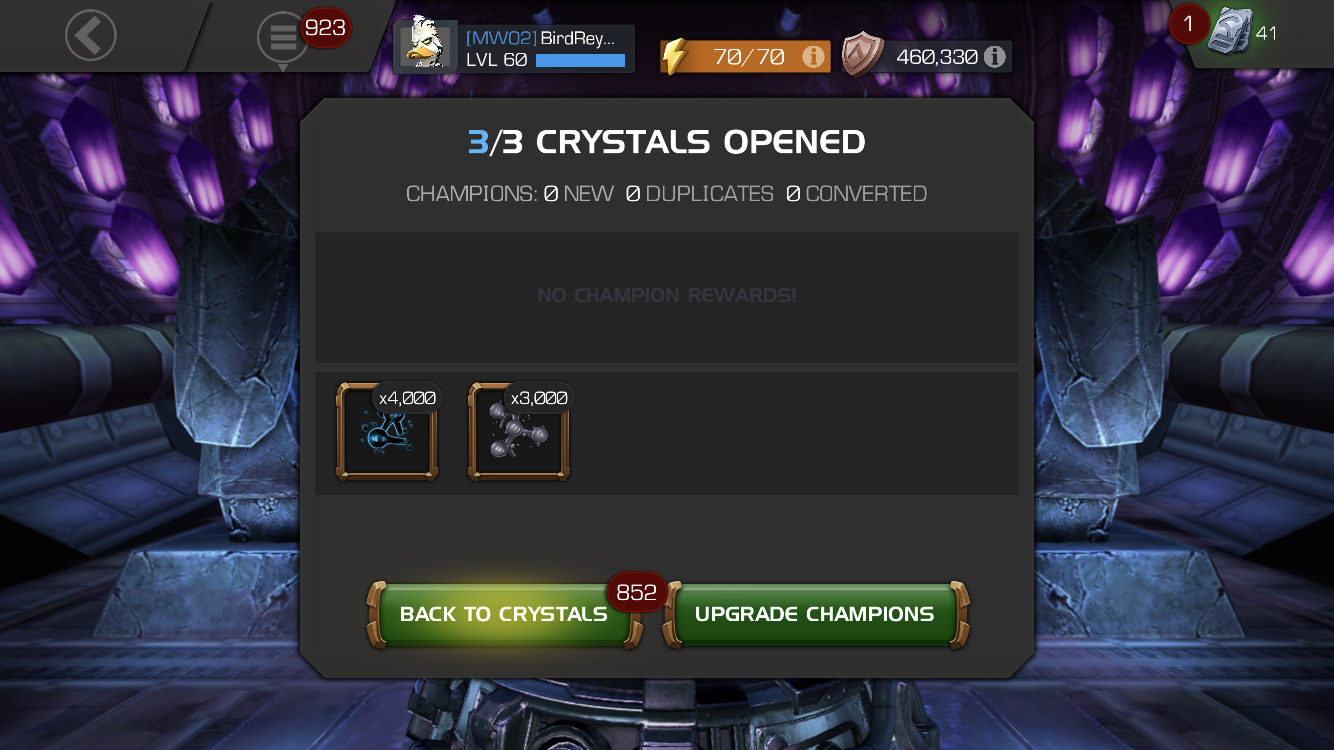 🎉🎉🎉🎉🎉
Just raise the minimum t2a amount already. Your RNG rewards take a big chunk of fun out of the game every time.

Also, I’ve gotten less t2a from map 6 crystals since their December update than I ever had previously. 1300 frags from 9 crystals per week. Glad my effort is paying off!!!!!
0