Eakomo Posts: 32 ★
March 2019 in Bugs and Known Issues
symbiote supreme's in his set's fangs mode has a 100% chance to apply a bleed with the damage scaling depending on the current genetic potential. 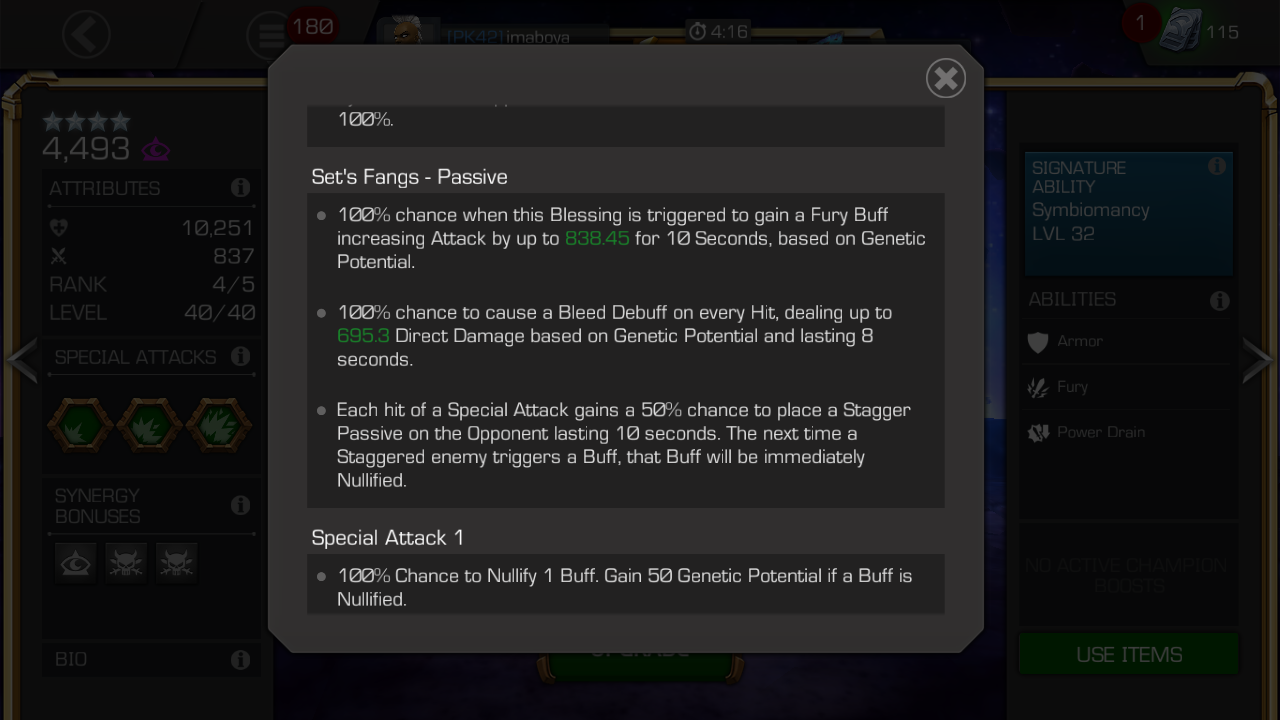 but in a fight if symbiote supreme has 0 genetic potential and he is in set's fangs there is no indication of a bleed being applied
https://drive.google.com/open?id=1vTTnga4EhHAxvHN6np3Ft4bRWR4oZ8m8
is there not supposed to be a indicator for the bleeds being applied?
Also when symbiote supreme is in the Null's shadow i noticed in a fight that the stagger from a well-timed block did not apply. 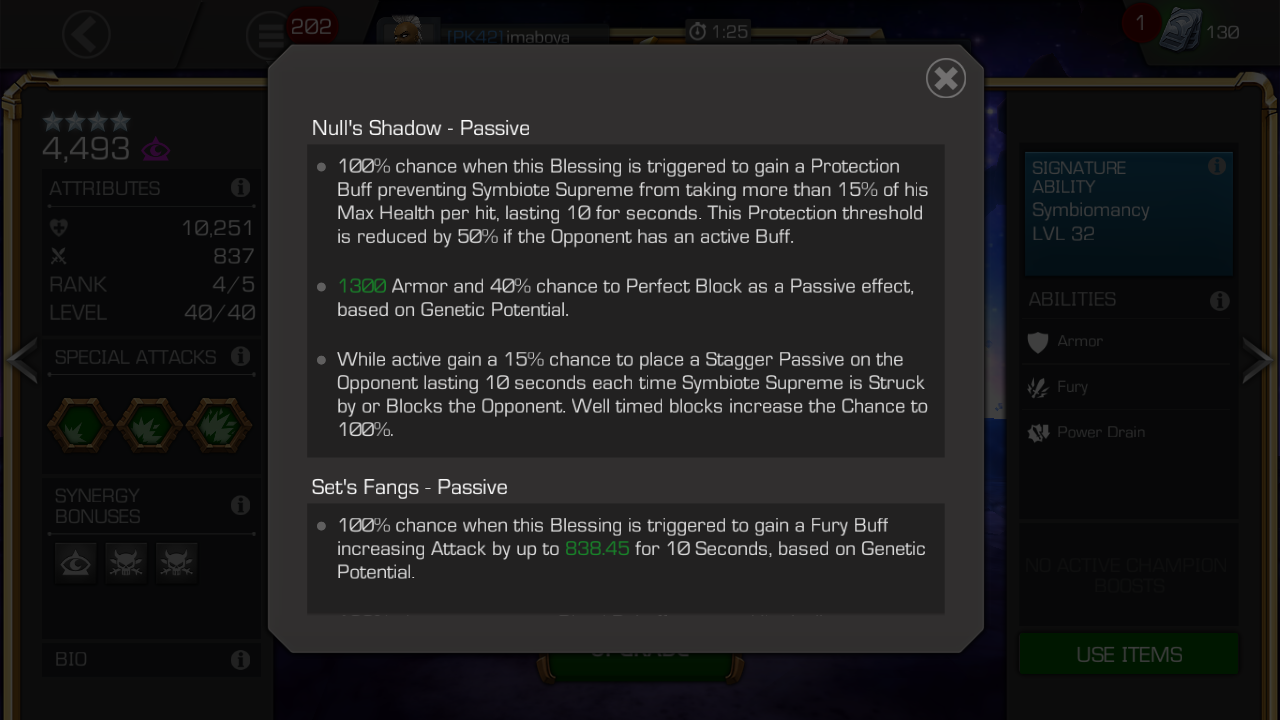