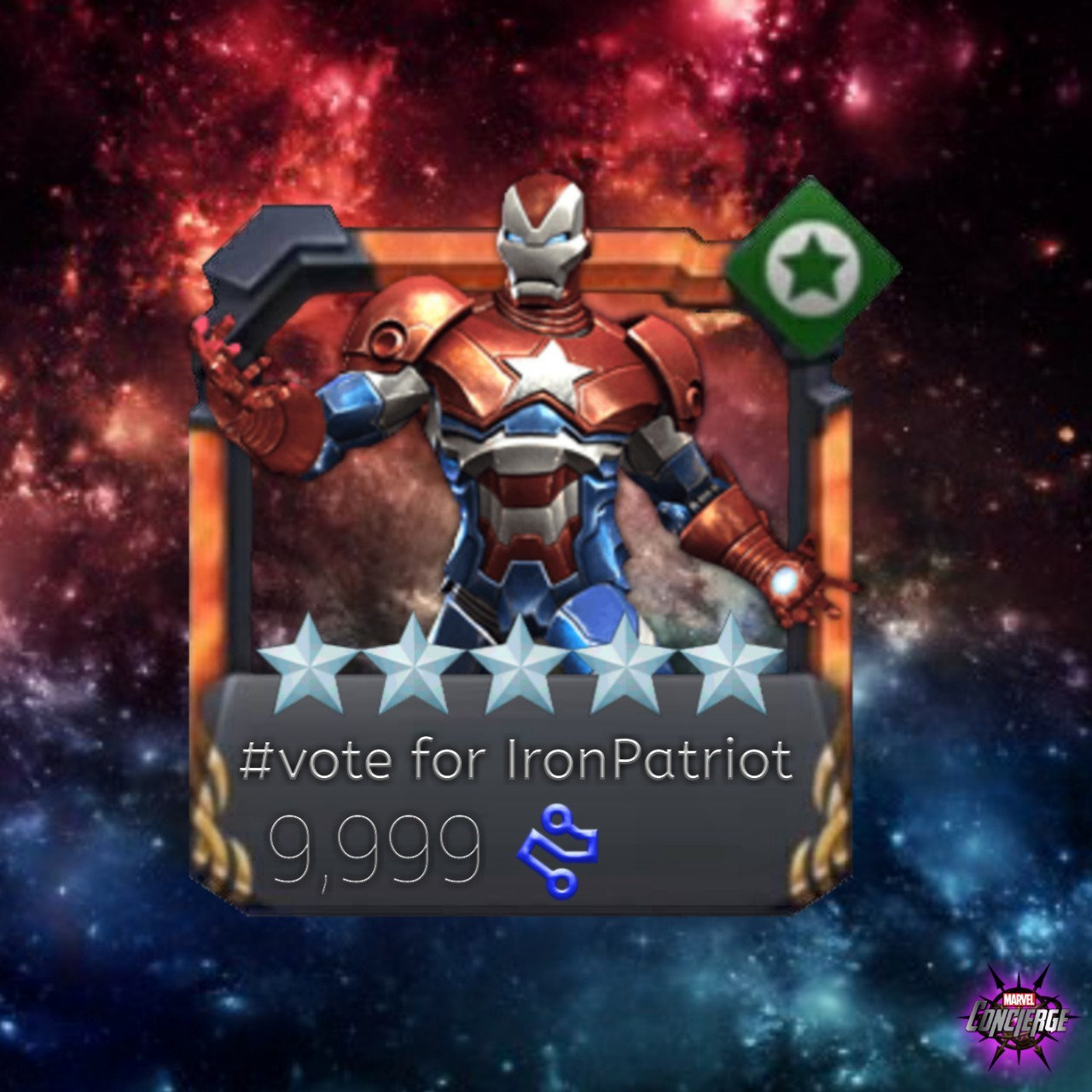 Vote for my boi
#MakeIronPatriotGreatAgain
10