KM no true strike after ultron's sp1 if he's too far back.

mydnight Posts: 671 ★★★
September 2019 in Bugs and Known Issues
It basically says it all in the title.

You can go duel one or try to use Killmonger on the still broken spry lane in variant 3 and experience this lovely new bug for yourself. Don't even try to tell me is bc I'm out of range, KM gets true strike after Spidey's sp1 100% of the time from across the screen. Spidey sp1, I evade both balls then run in. In the v3, I had WS on my team, btw.

I guess Kabam saw Seatin's video and thought it too easy on us. 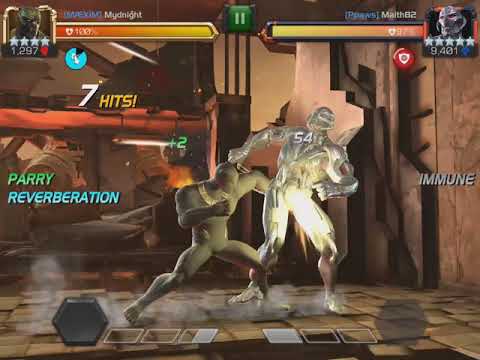