Home › Bugs and Known Issues
Summoners, we are aware of some issues currently affecting Dungeons, and possibly other parts of the game. We are working to resolve this as soon as possible, and will address the knock ons when we are sure this is all resolved.

Moose4949 Posts: 5
February 12 in Bugs and Known Issues
@Kabam Miike ,
Our last war had the wrong multiplier applied to it. This cost us a season reward of gold 2, and we finished in gold 3. The difference between the tiers is .2, and this would have put us in gold 2. You can see in the pictures attached, that it stated we were in tier 6, but when the war was over a tier 7 multiplier was applied, and is included in the picture as well. I’ve attached another picture showing our current placement, and if that .2 is applied to our last war we will be in gold 2. I brought this up with support, but they have not been very helpful with this. I brought it here as a last resort, and I try not bug you guys all the time with trivial matters. This is an issue I would like corrected, as my alliance is bummed out as we worked very hard to be in gold 2. I would like them to see the fruits of their labor, rather than a calculation error cost us better rewards. Any help is greatly appreciated, and thanks in advance. 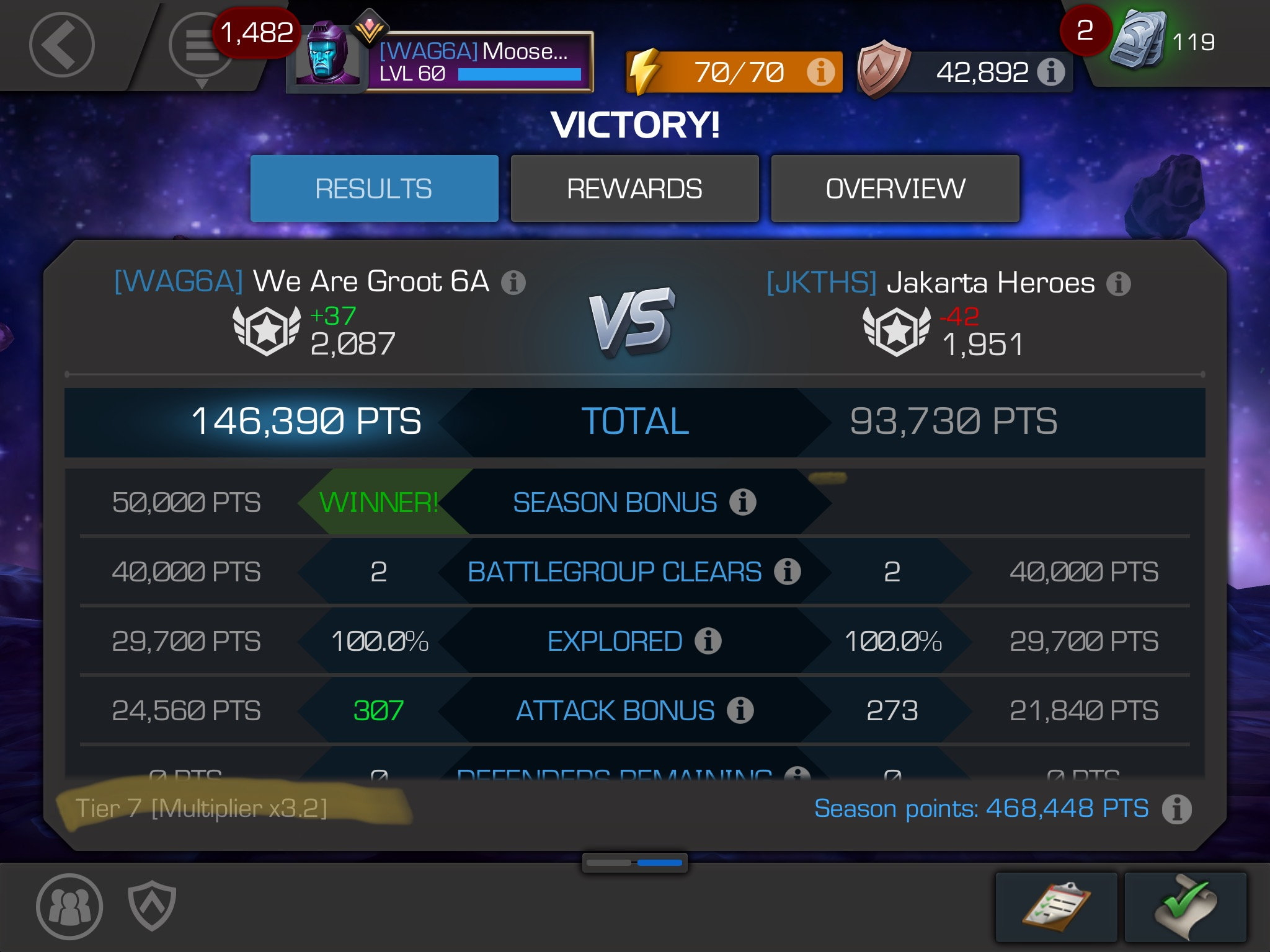 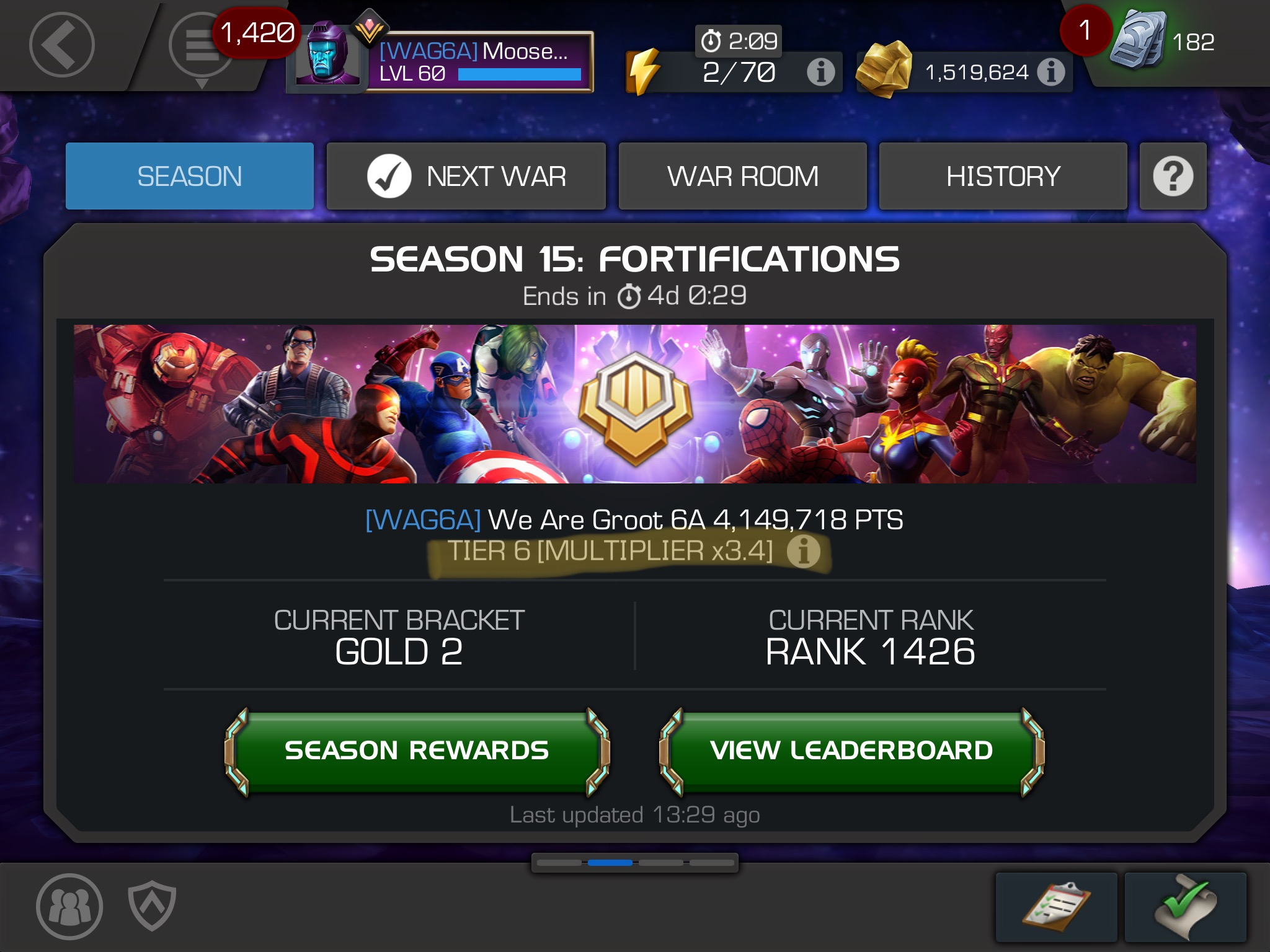 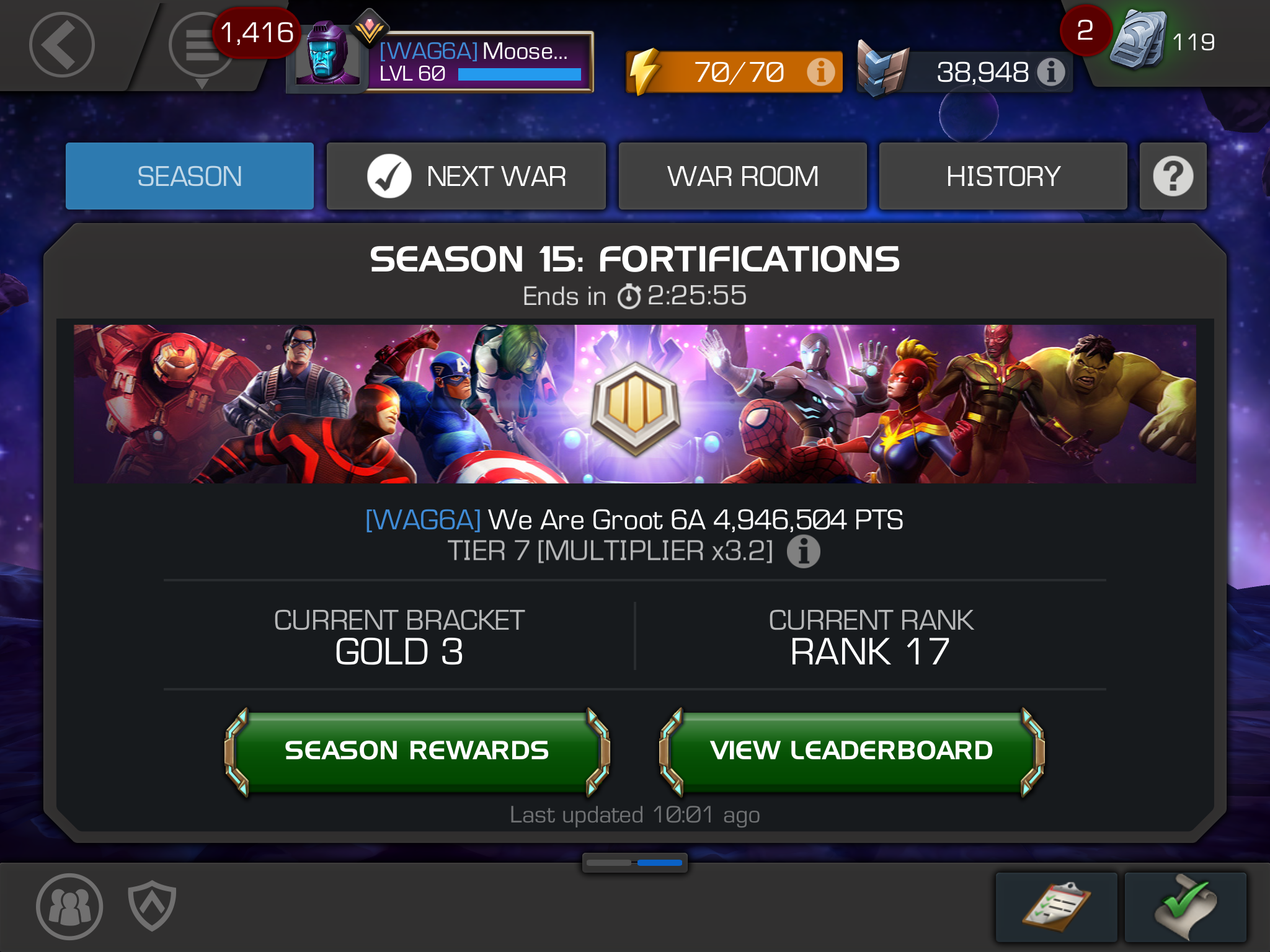