Magrailothos Posts: 4,064 ★★★★★
March 2020 in Bugs and Known Issues
Can I report a possible bug with Stealth Spidey's Slow debuff? And if it's not a bug, then it's a serious problem because it reduces the value of this ability a lot!

In this month's EQ, in the Uncollected 3.1 there's a path with Kingpin, Champion and Hulkbuster all benefiting from the 'Heavy Hitter' node, which is described (in full) as: Heavy attacks are not interrupted.

Of course, Kingpin has Unstoppable Heavies anyway; so in theory should gain nothing from this node. Except that the Heavy Hitter passive Unstoppable effect actually lasts for the recovery period of the Heavy Attack; so that not only can Heavy Attacks not be Interrupted, they can't be punished, either. But that's not the bug (just something that's a bit annoying).

I took in Stealth Spidey, anticipating he could shut this down, and he couldn't: 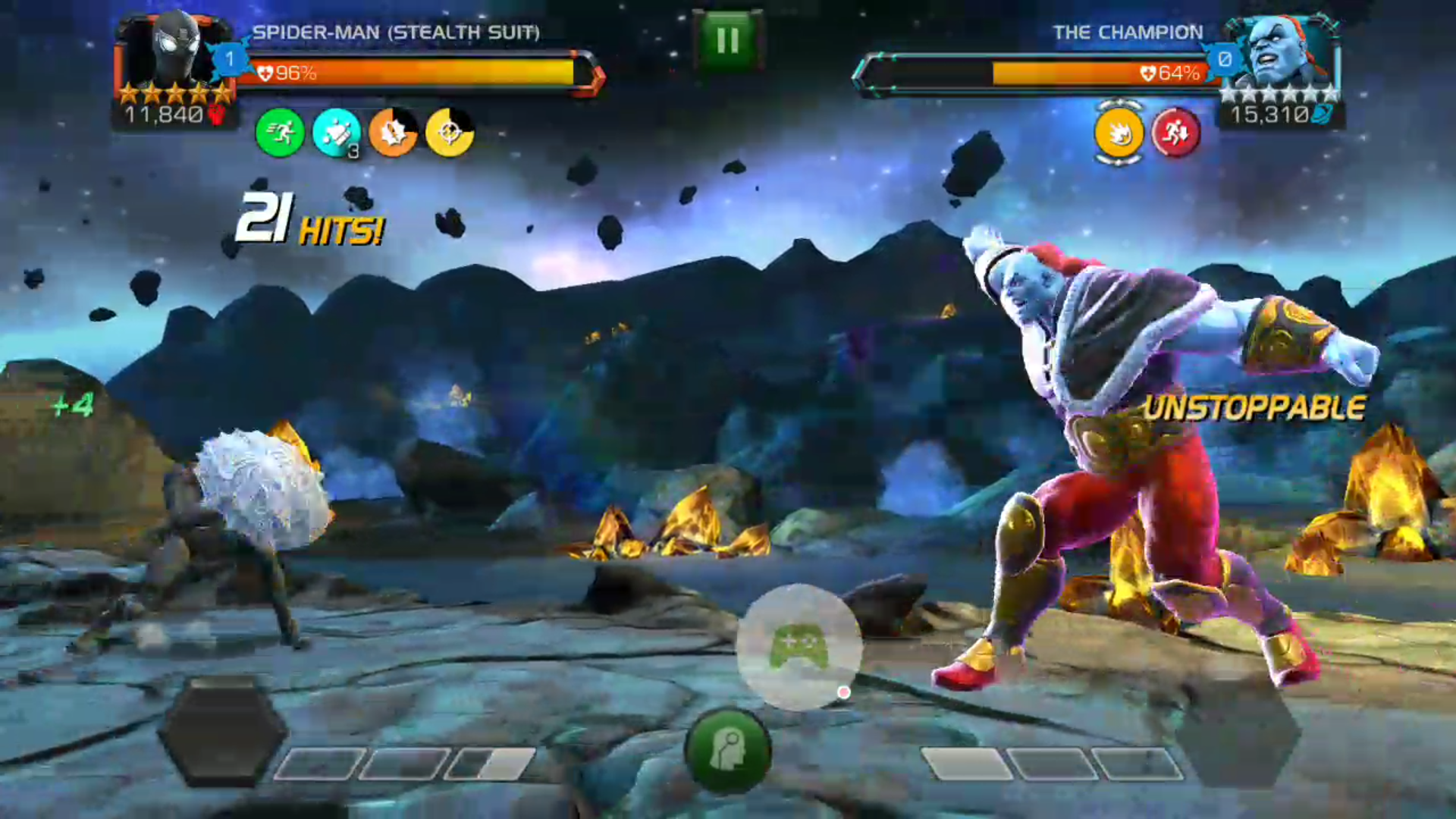 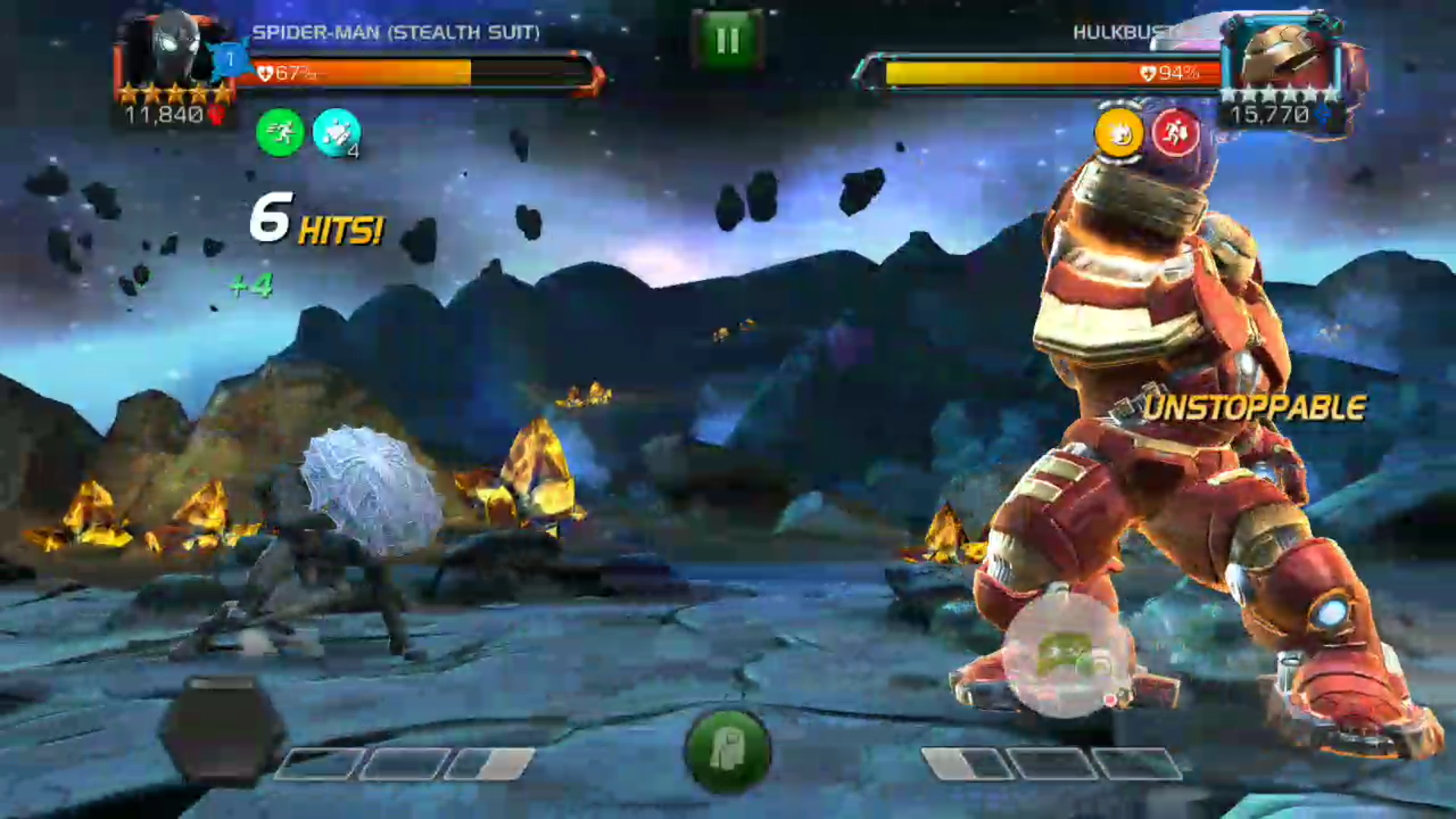 Could this be looked at please?

Here's Hulkbuster's list of nodes, plus the Web-Foam pre-fight ability: 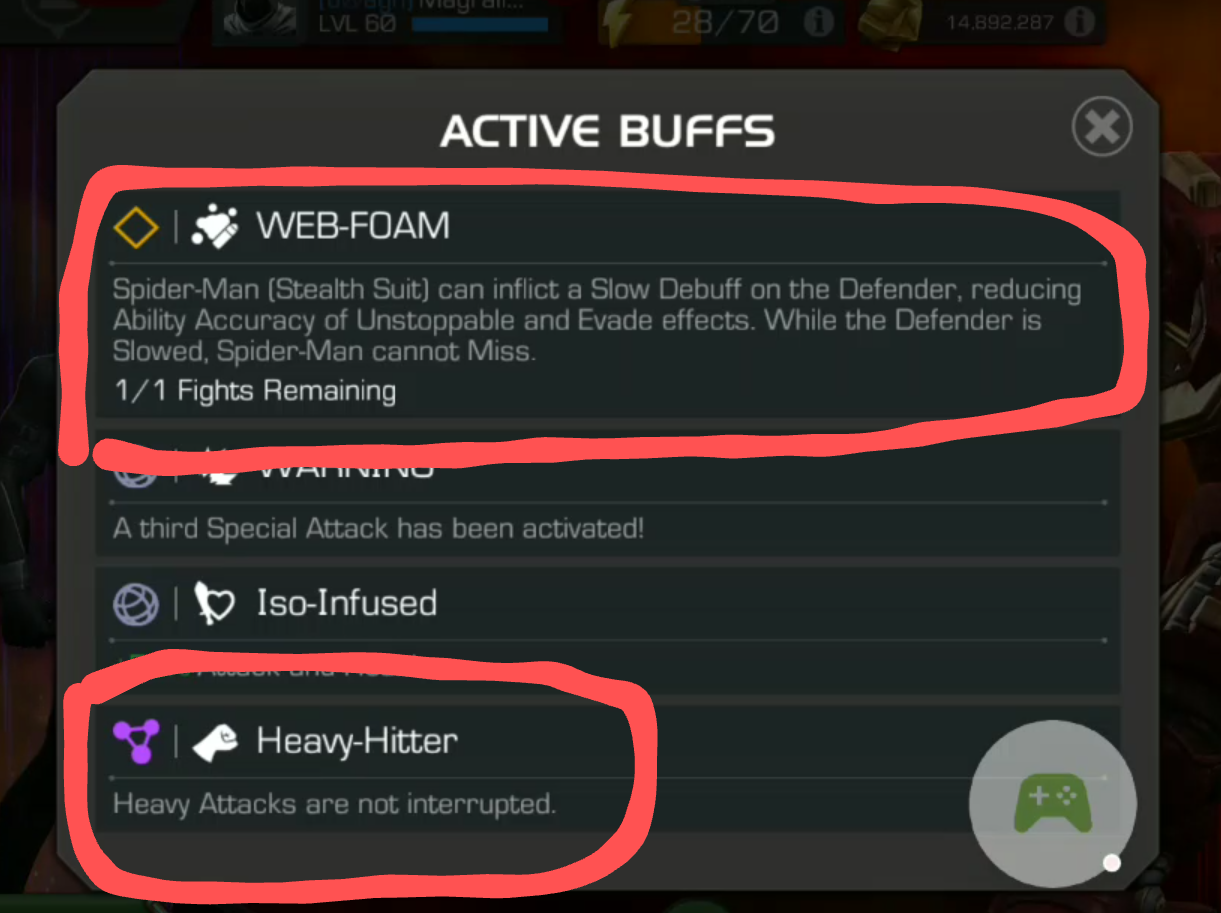 Maybe the Heavy Hitter node is actually coded more along the lines of Heavy Attacks are never interrupted; and this is a case of 'never beats always'. But it would be good to know if this is as intended.

Thanks for looking into it.