StevieManWonder Posts: 2,109 ★★★★★
April 11 in General Discussion
I finally completed exploring 6.2 a few minutes ago! I had two paths left on the Champion quest and knocked them both out today in about 500 units. I have to say that Symbiote Supreme is made for this fight and makes it so easy. I even got a solo on the last path.
My rewards were mostly insane. 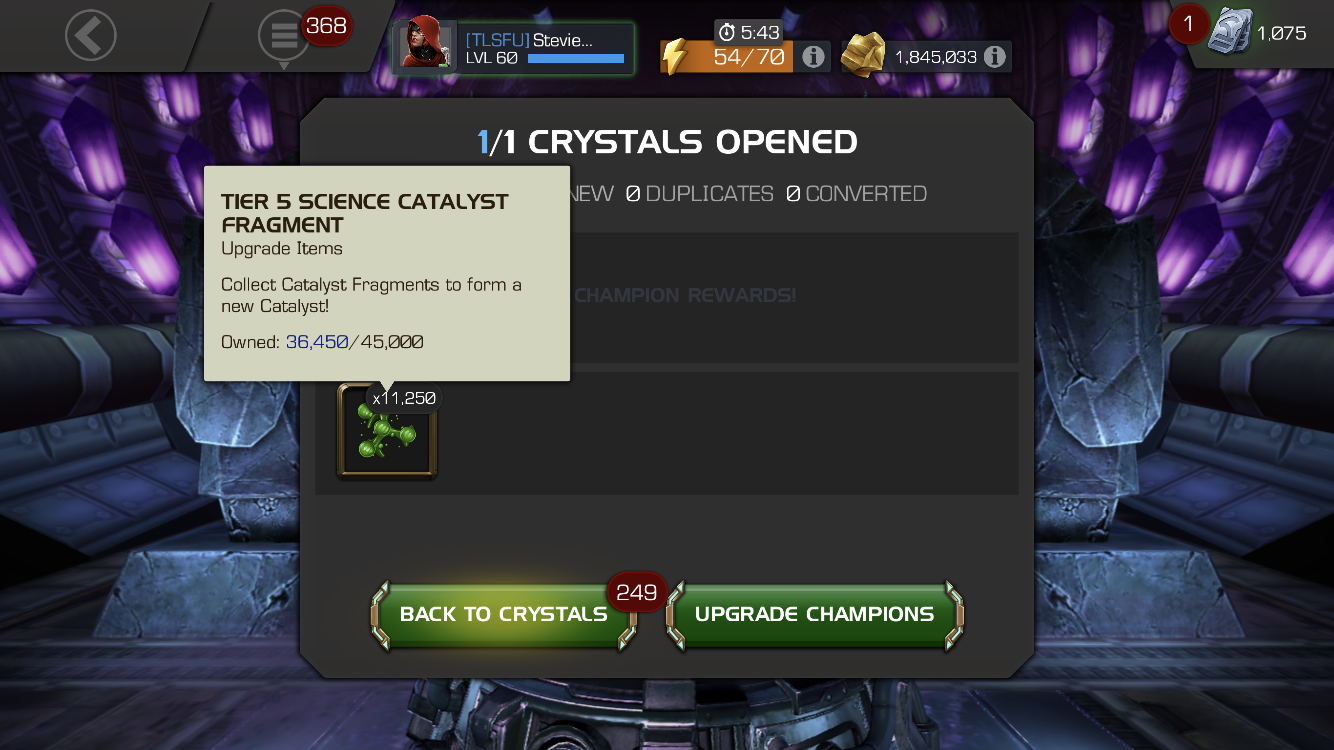 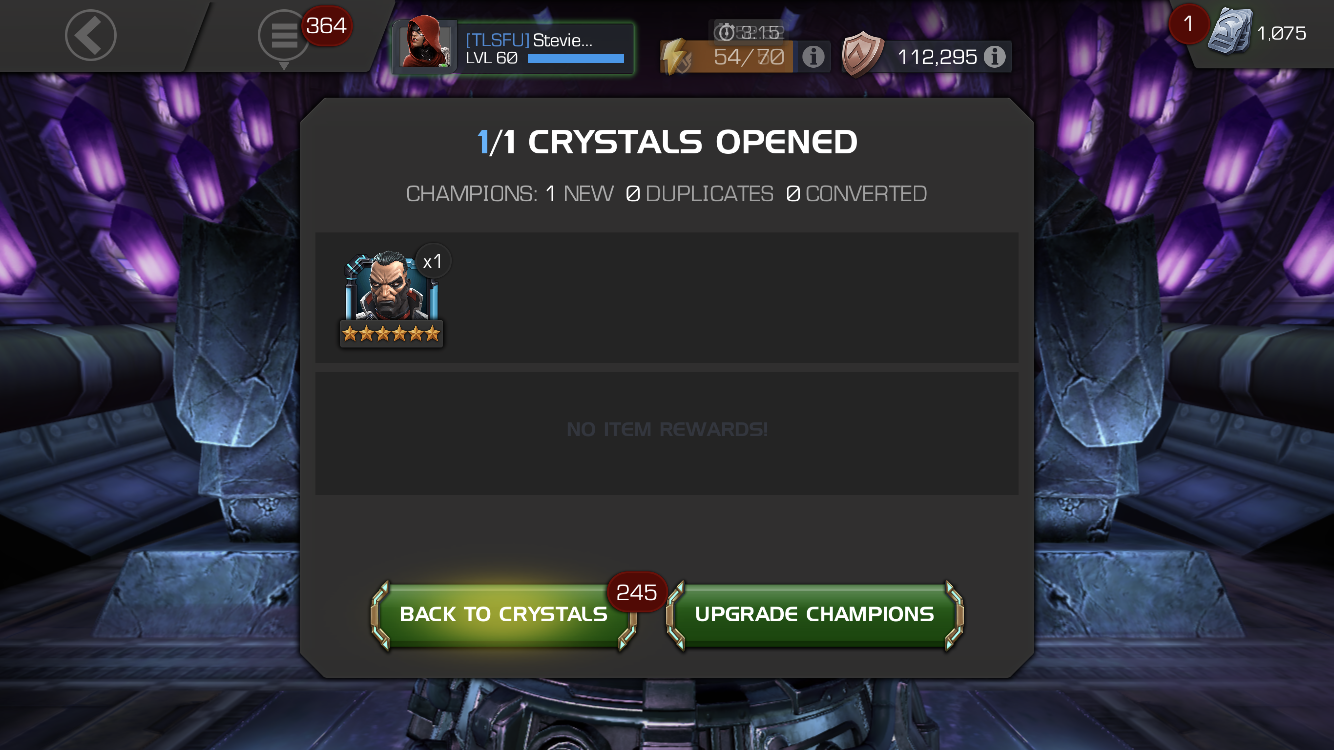 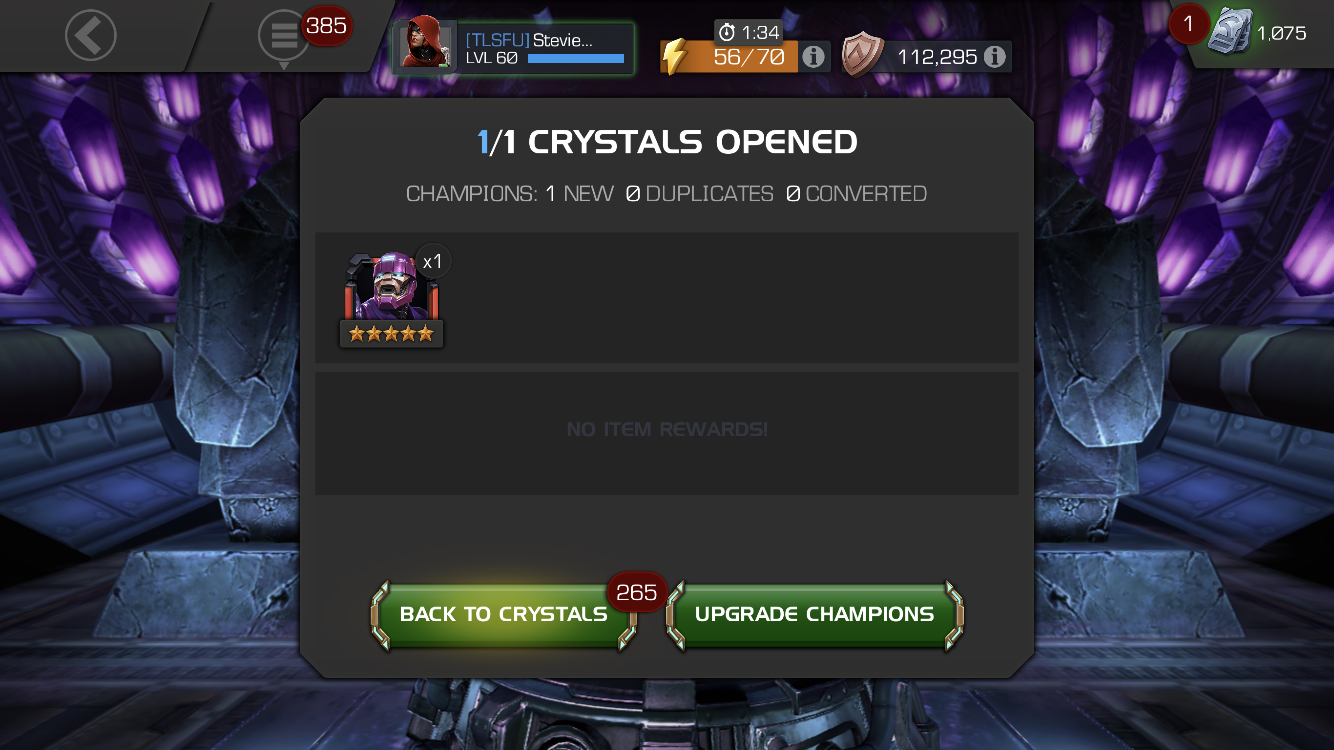 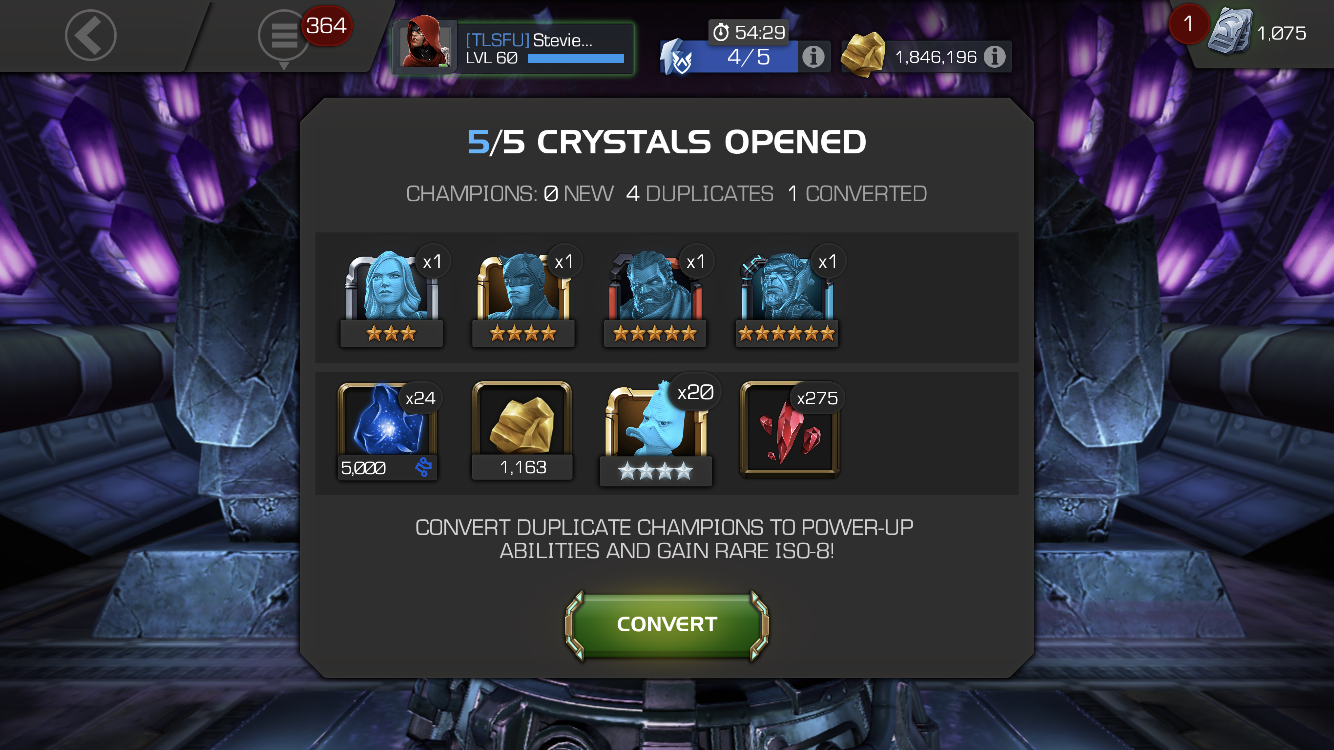 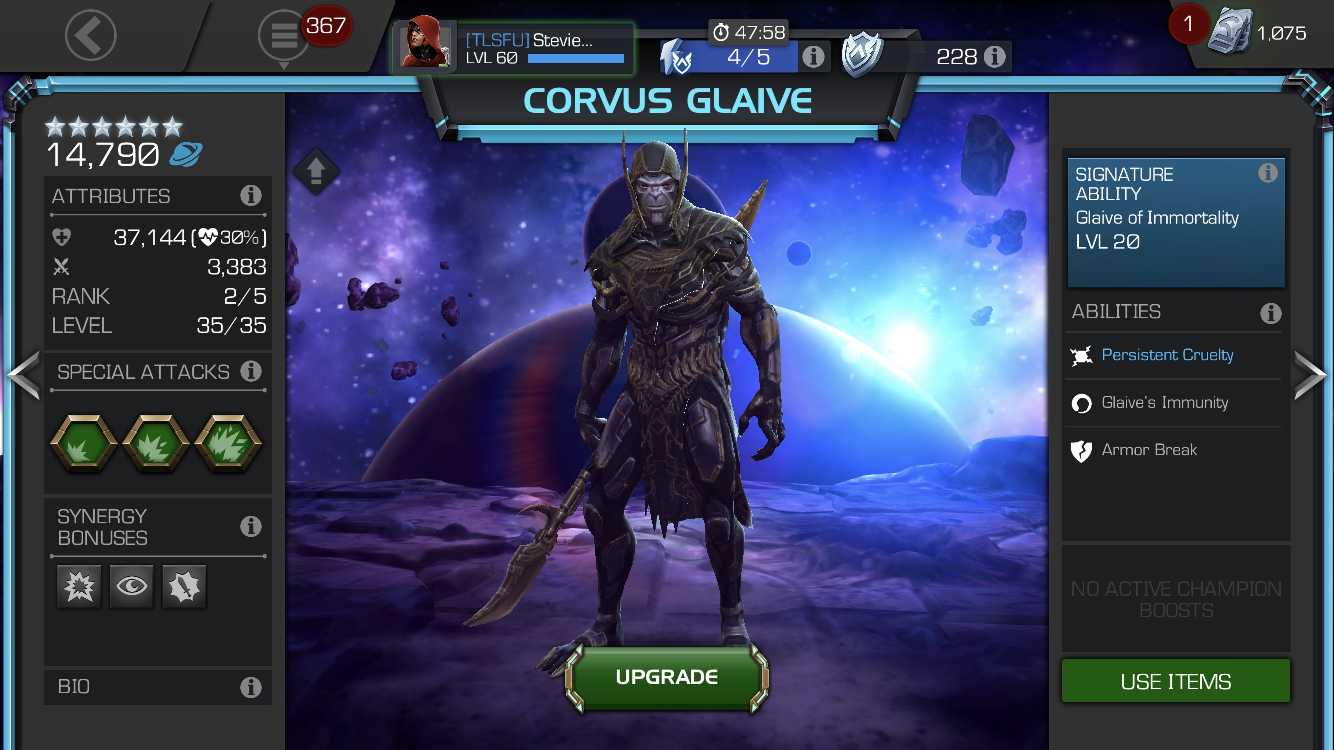 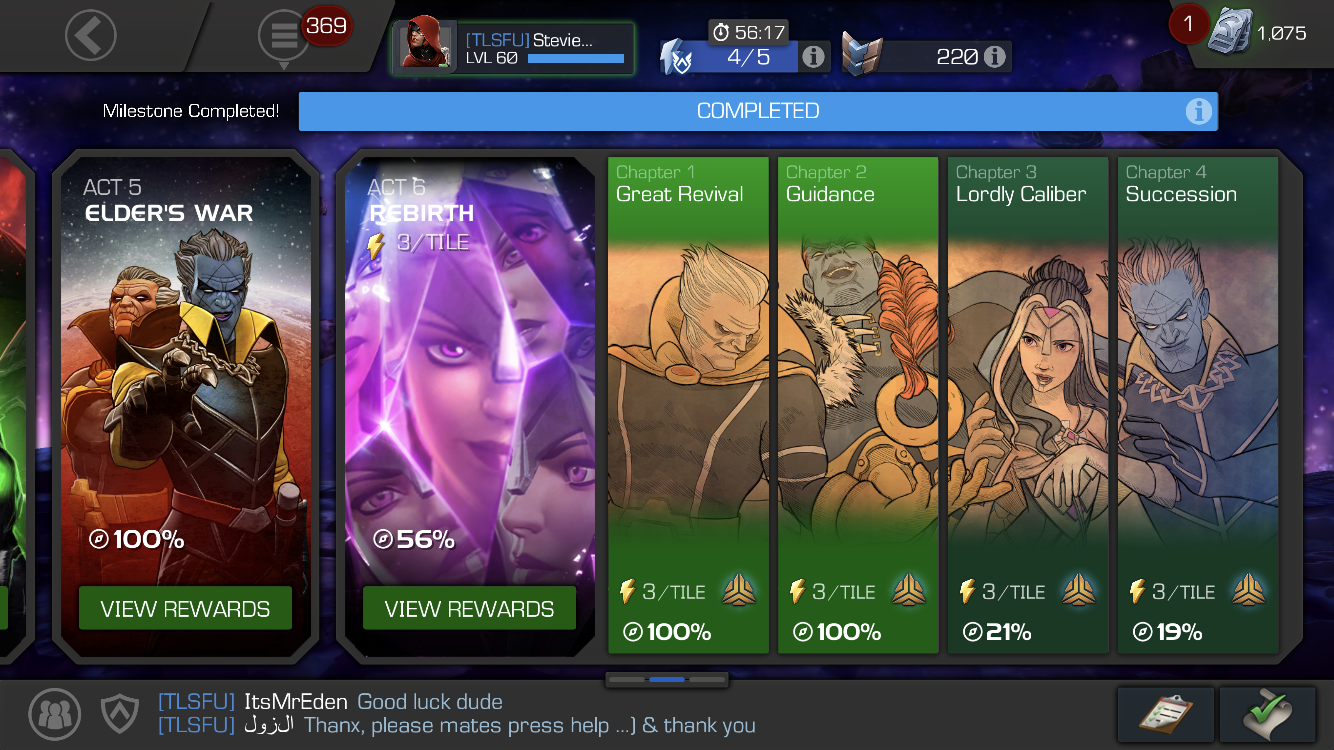 The Punisher 2099 was from the basic and I guess he’s my punishment for awakening Corvus from the free Cavs. The Sentinel was great too since he’s a new champ, but I’m two tech t4 away from taking my six star one to r2. And the science t5 frags is exactly what I’m looking, I’m only 25% away from it now.
Overall, 6.2 sucked. There was a few fights I enjoyed, like the Icarus chapter with Captain Sparkles, and the last two times I fought the Champion with Sym. I’m very glad it’s over though and I’m on to exploring 6.3 after I take a break and just focus on arena.
Still stoked about the t5 cc frags and the Corvus awakening!
12