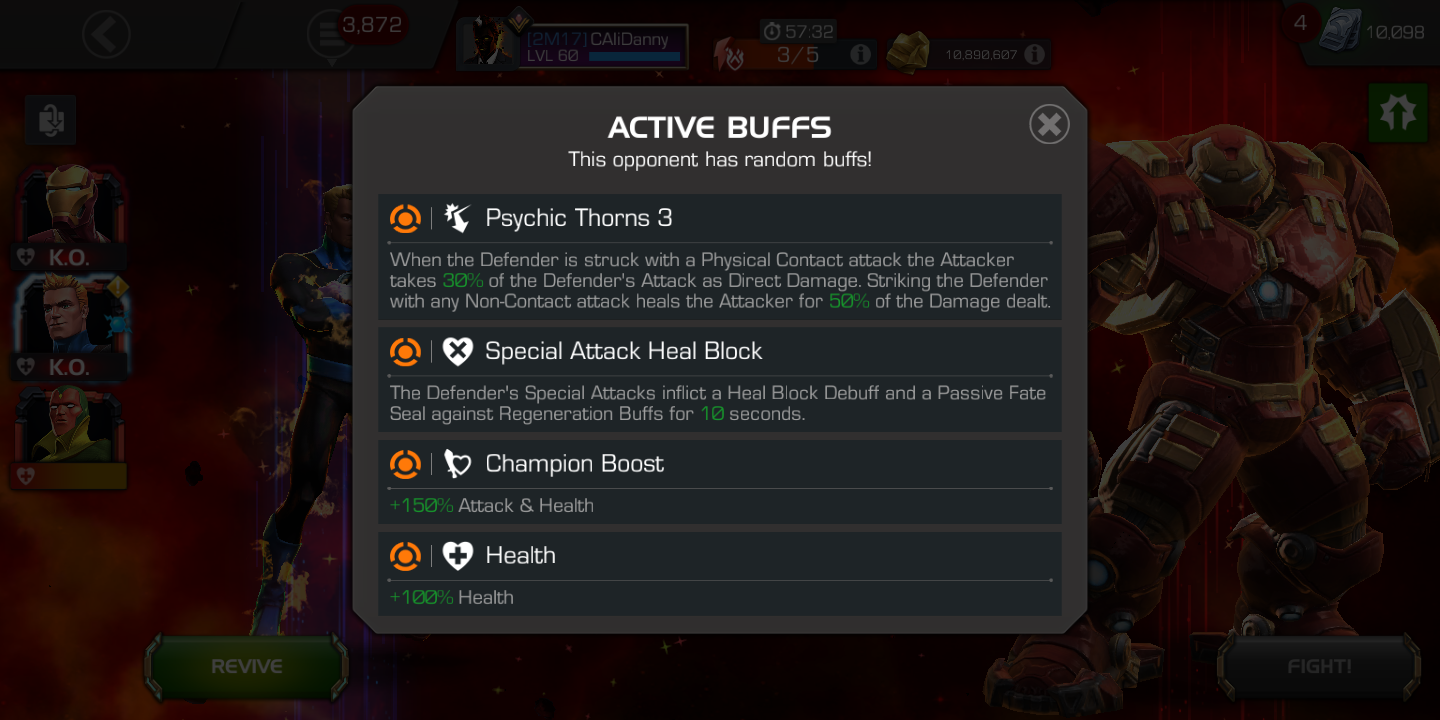 Simple question. If ALL of Human Torchs hits are energy. Why doesn't he heal on each hit vs Psy.Thorns 3? He's healing from SPs but it doesn't say only from SP energy attacks. Or is this another glitch in Kabams favor that will get ignored or take forever to be acknowledged & "fixed",....especially in AWar where every a.bonus matters & the "new & improved" AW specific items cost more. Lol #WhyAlliesH8AWar
1