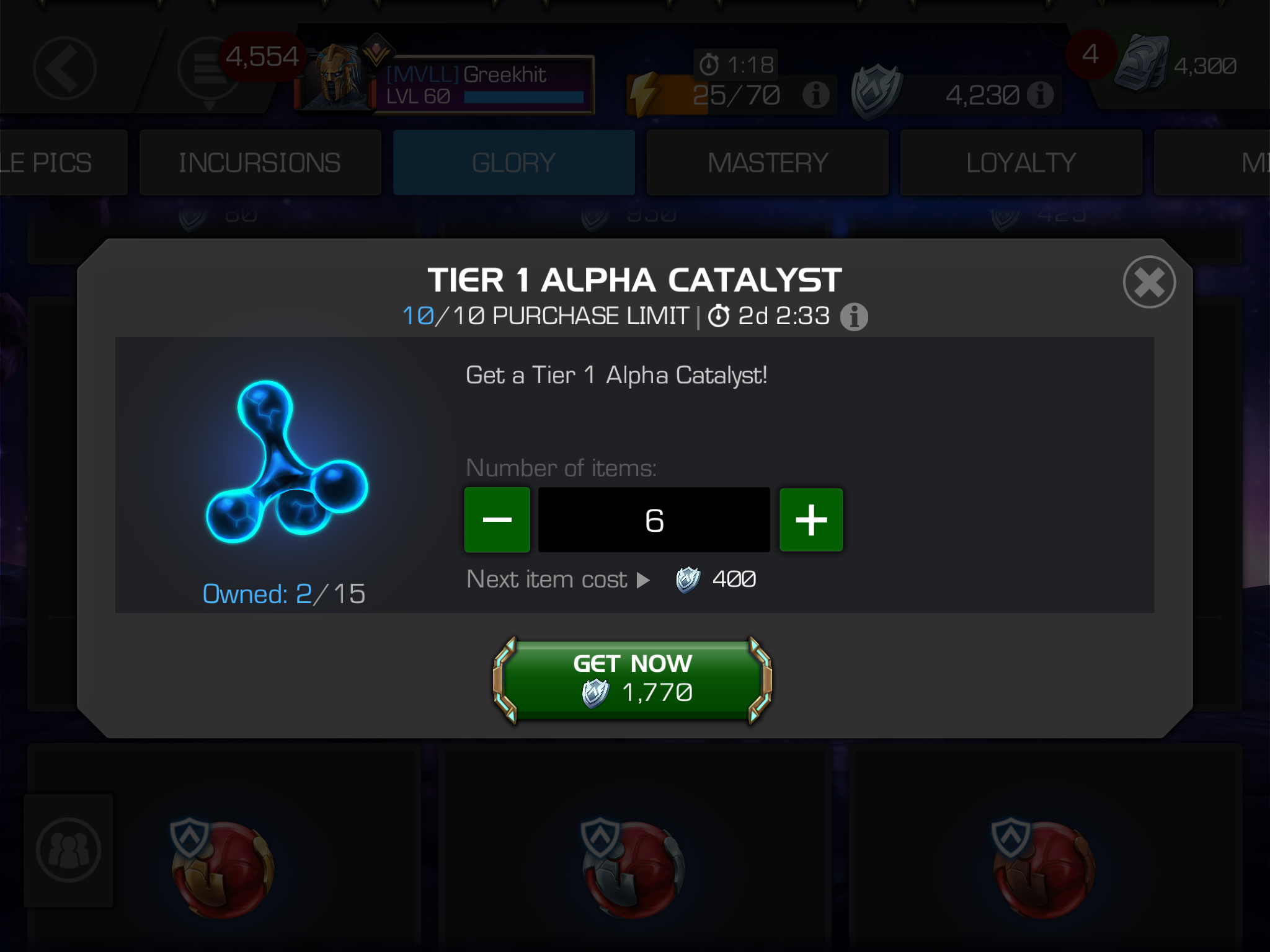 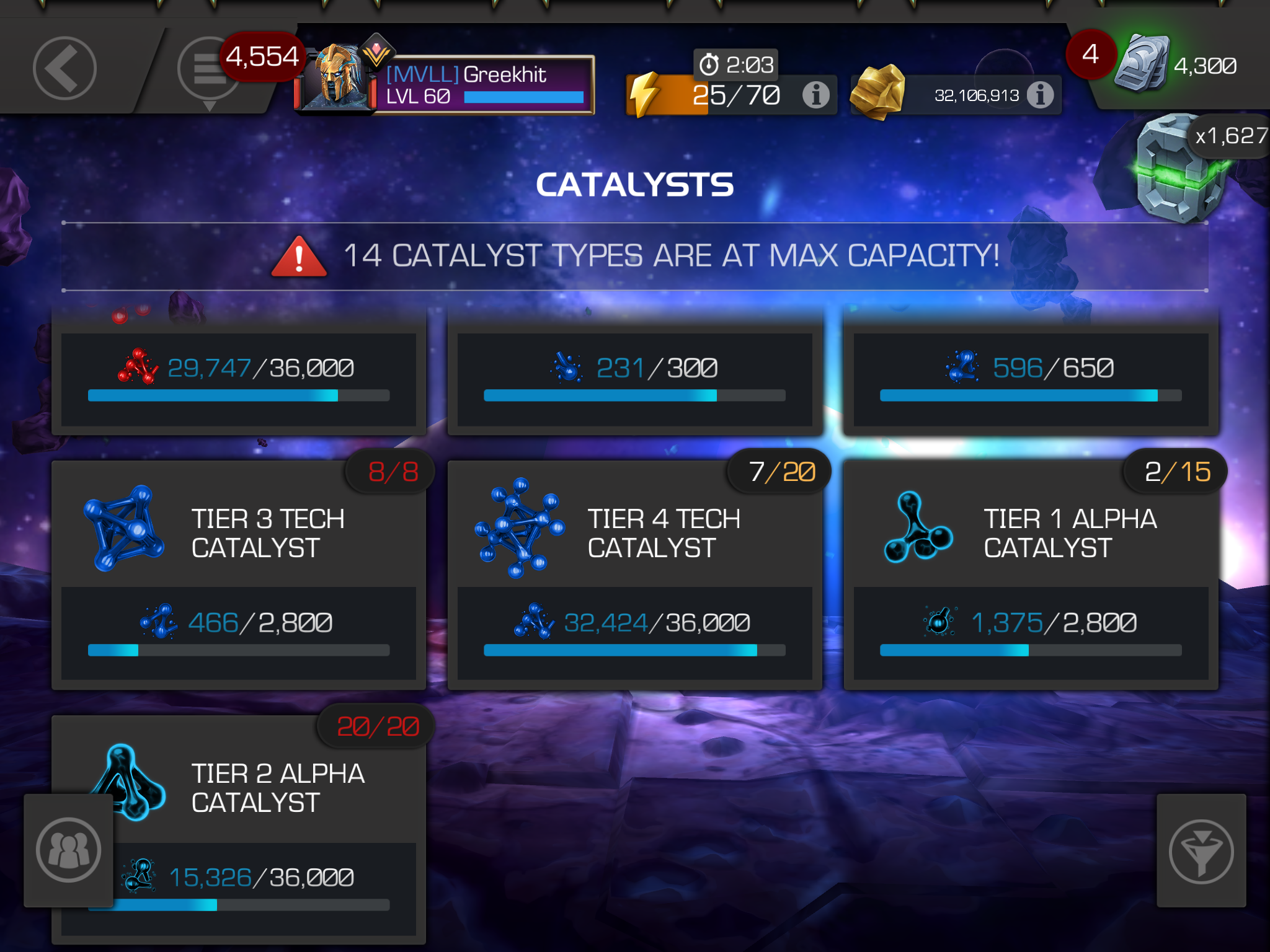 Really now 1770 glory for six t1a? That’s more glory than a fully formed t2a (1750). Why u guys at Kabam have forgotten t1a cats? Increased t2a capacity but t1a it’s still the same, despite each 5* rank up needs an average of 5.5 t1a in contrast to 2 t2a. The t1a price on glory store is the only one that hasn’t changed over a year (at least three price updates). I’m sitting on 22 t2a and can’t use them. I’m always doing every content contains them (arena, lesser difficulty monthly events, 3 day events) and also run the sigil. Lower the price at glory store (80 is reasonable starting price for cavaliers), increase the quantity to 5 from 3 at arena, to 3 from 2 weekly from sigil, and add t1a on uncollected event quest rewards. It doesn’t makes sense the difficulty that is oriented for 5* users don’t award any of them. Please consider this forgotten catalyst and update availability.
24
«123»