XdSpoodermanxD Posts: 531 ★★★
May 2020 edited May 2020 in General Discussion
I have finally gotten around to beating 6.1, and becoming cavalier! Crossbones and Sentinel were unit-grabbing pains, but I made it. Then, I got a 5* Drax from my rewards. 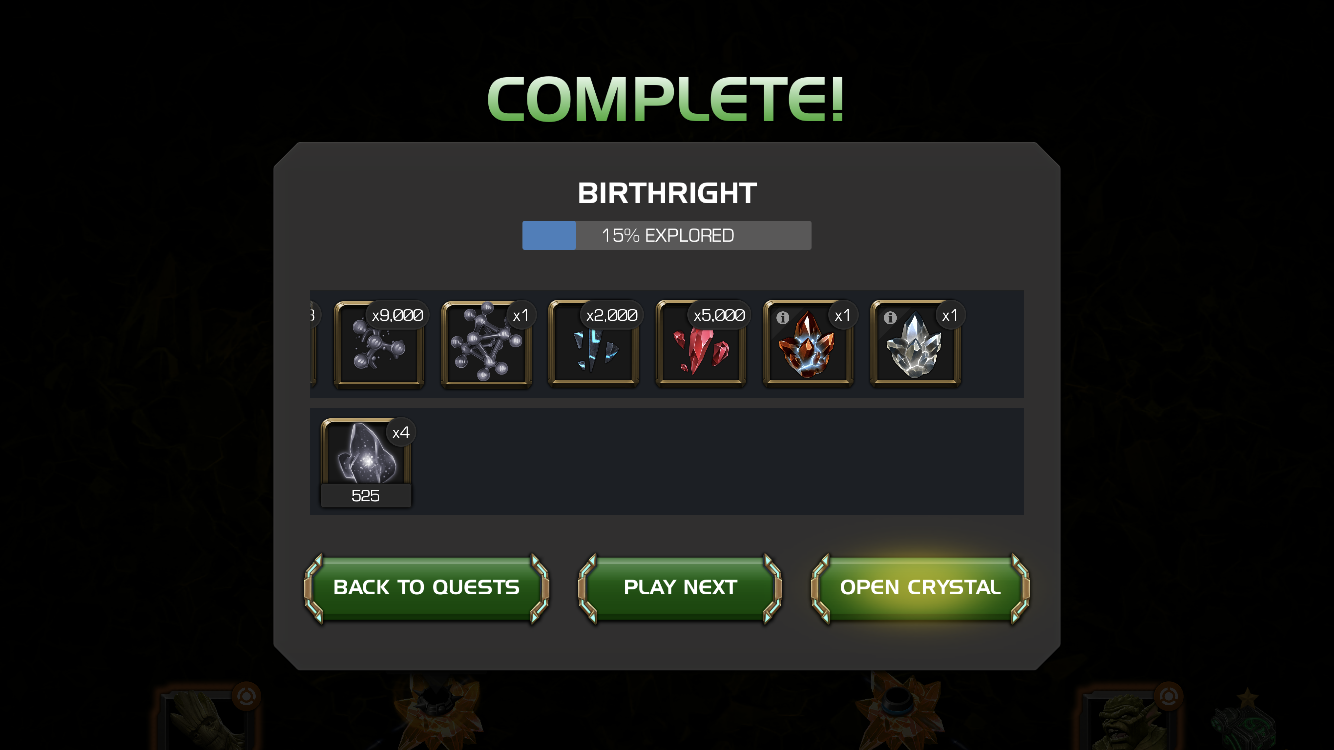 Here’s the team I used in case anyone cares to know. 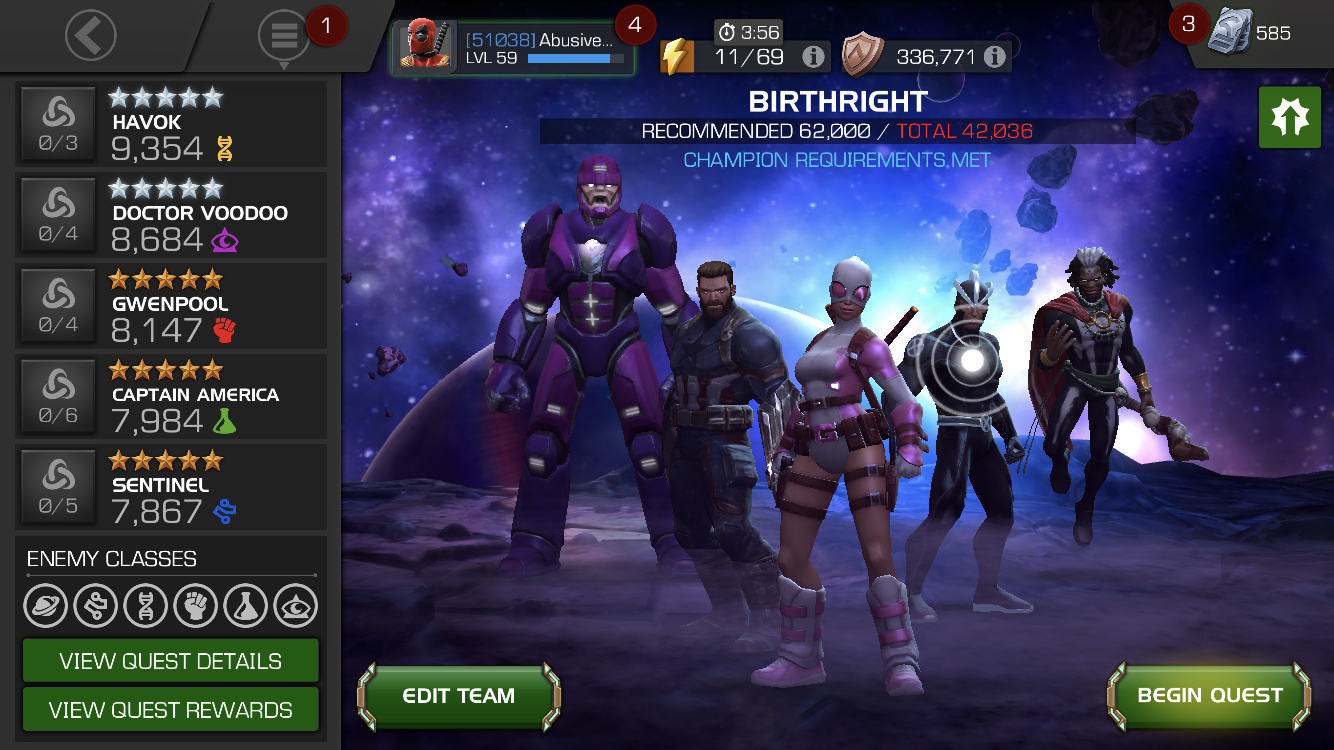