SummonerNR Posts: 5,983 Guardian
August 2020 in Bugs and Known Issues
Small issues...
When in middle of a Monthly EQ, and go back to main Fights screen (where it now shows the 2nd EQ panel with CONTINUE under it), it lists the WRONG Chapter/Quest that you are currently in.

Case below, doing Chap-2 #2 (Brother Daniel), but the “Continue” Panel says I am currently in Chap-1 #2 instead.

Also of note in the same Quest (2.2) final Story Dialog with Voodoo. Originally Voodoo on Right, talking to HERBIE on Left. Then for final sentence that Voodoo says, he comes in on Left side even though he is still on the Right side as well. And it isn’t as if it is 2 distinct versions of him. He is still the only one and Dialog is still talking to HERBIE and Summoner. Should have just left HERBIE and Voodoo in their same spots and had Voodoo still talking from Right.
First Dialog box in screen cap is leftover from HERBIE on Left, then 2nd box is by this additional (but same) Voodoo now talking from Left too.
(Screen cap in Spoiler for those who don’t want to see any Dialog in advance) 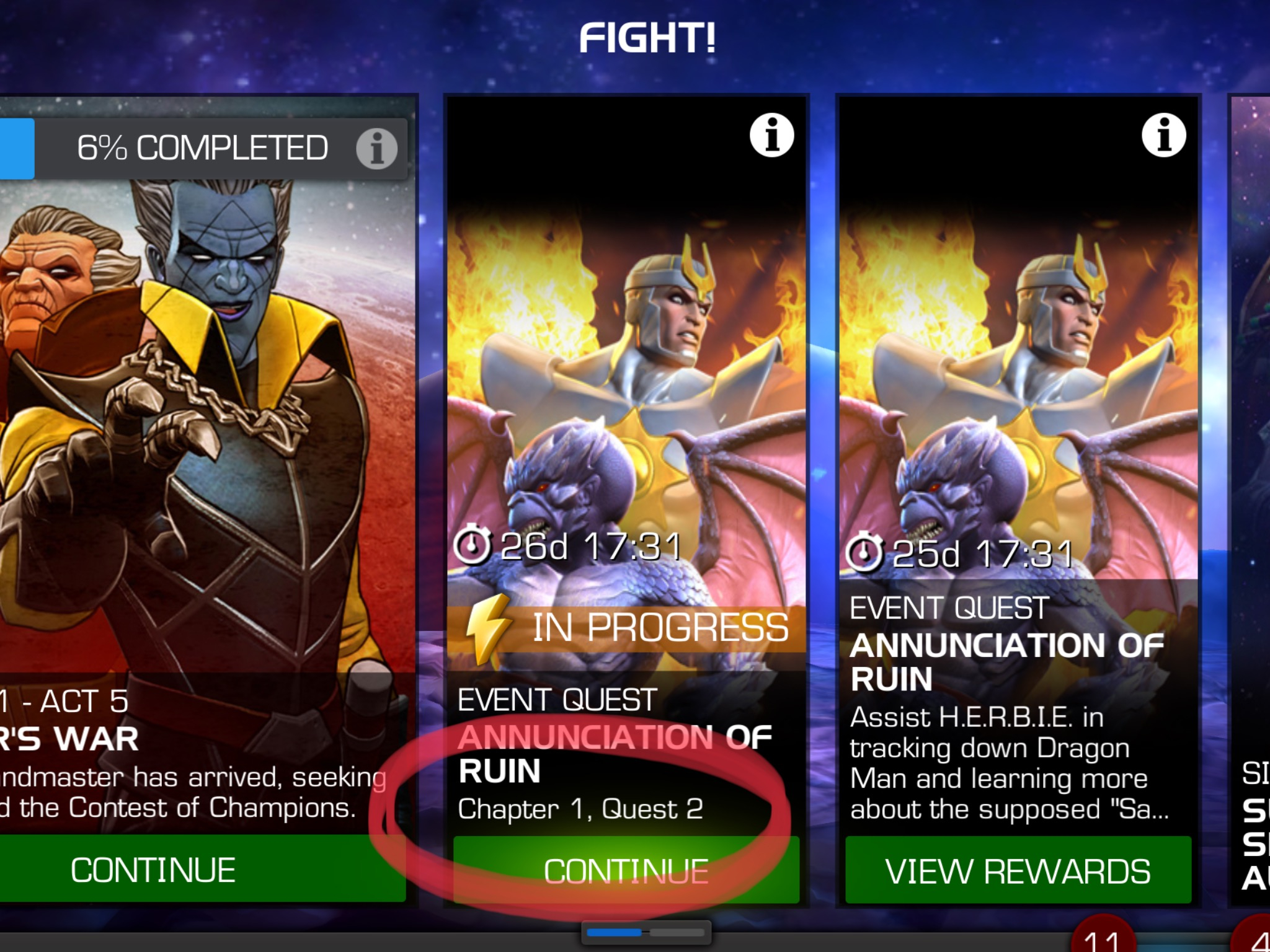 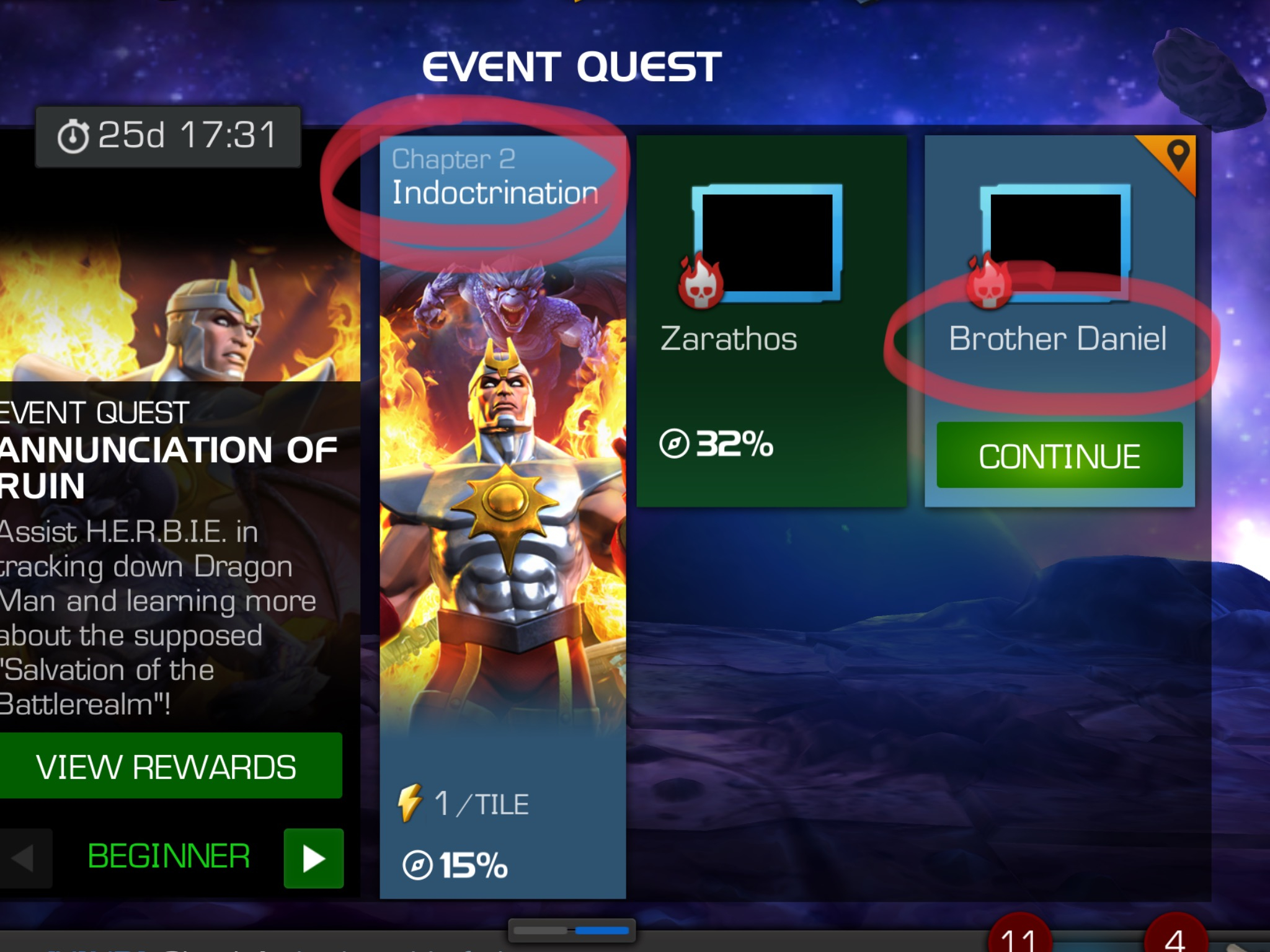 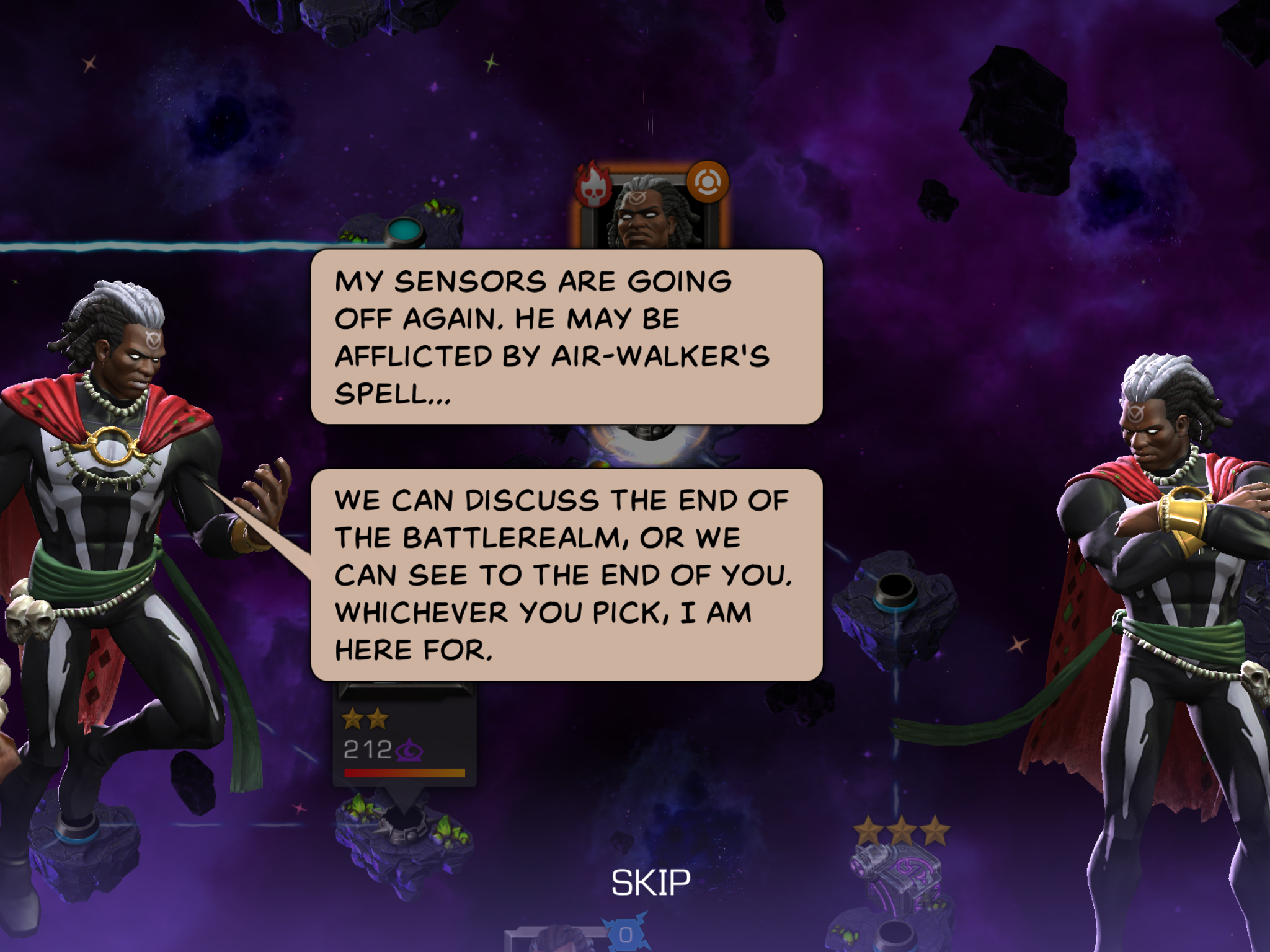