Troy_Elric123 Posts: 333 ★★
October 12 in Suggestions and Requests
In resonance with the theme of cav event quest the chapter should enhance mutants but it does not at all. 50% bleed reduction does not help mutants. And then kabam added biohazard global node.
Even with full points in willpower it is 150 per tick. 300 damsge per second. After 2 combos you can get 3 stacks of this or more. More than 1000 damage per second. Which is bonkers even for R5 5Stars.

There are global nodes like the tech chapter which does not benefit most of the tech champs at all to be practical. But we can bring other champions to that chapter.
But the Biohazard chapter being the penultimate one has various nodes such as encroaching stun along with power drain nodes. Add to that huge health pools and newer champs who all have unique defensive abilities.

Now, the problem here is that champions who are immune to both debuffs are few in number and even those who are only immune to bleed alone are very few in number; close to 10-15% or so champions in the whole of 170+ ( i believe)

But the damage output of these champions are very very mediocre. Even with 60% attack synergy from Warlock+ultron it takes a r4 dormammu , ultron etc 150+ hits just to take down one defender. Which is highly impractical to go along with nodes like encroaching stun where ai purposefully time specials to disrupt attacker. This is not a node like bane which you can recover from with skill.
Once the stun sets in one combo and your champs take 80% health damage. Which is hilarious compared to the 150-200 hits takeb to take them down. (Again, by R4 champs with 60% attack boost)

So the chapter is significantly against bringing mutants or immunity champions. Buffed up chapter and science debuff chapter is good because we still have other options outside said classes who can finish the fight in say 100 hits or less. But this chapter is in poor taste and does not encourage skill play but champion requirements that extremely limits champion usage.

I urge kabam to either
1) Restrict the global biohazard node to one path, or
2) Move it to first chapter (which above mentioned champions with synergies or boosts can manage) or
3) Make the global node such that Mutants shrugg off bleed and poison 80% faster or potency is reduced for mutants to same amount. This way they still take damage as the debuffs do stack. But is a reasonable damage rather than losing half your health from landing 2 combos (not getting hit at all). This way the theme of the class based chapter is kept in check but also it brings the chapter to the same difficulty degree as the other chapters.

Thankyou for your time 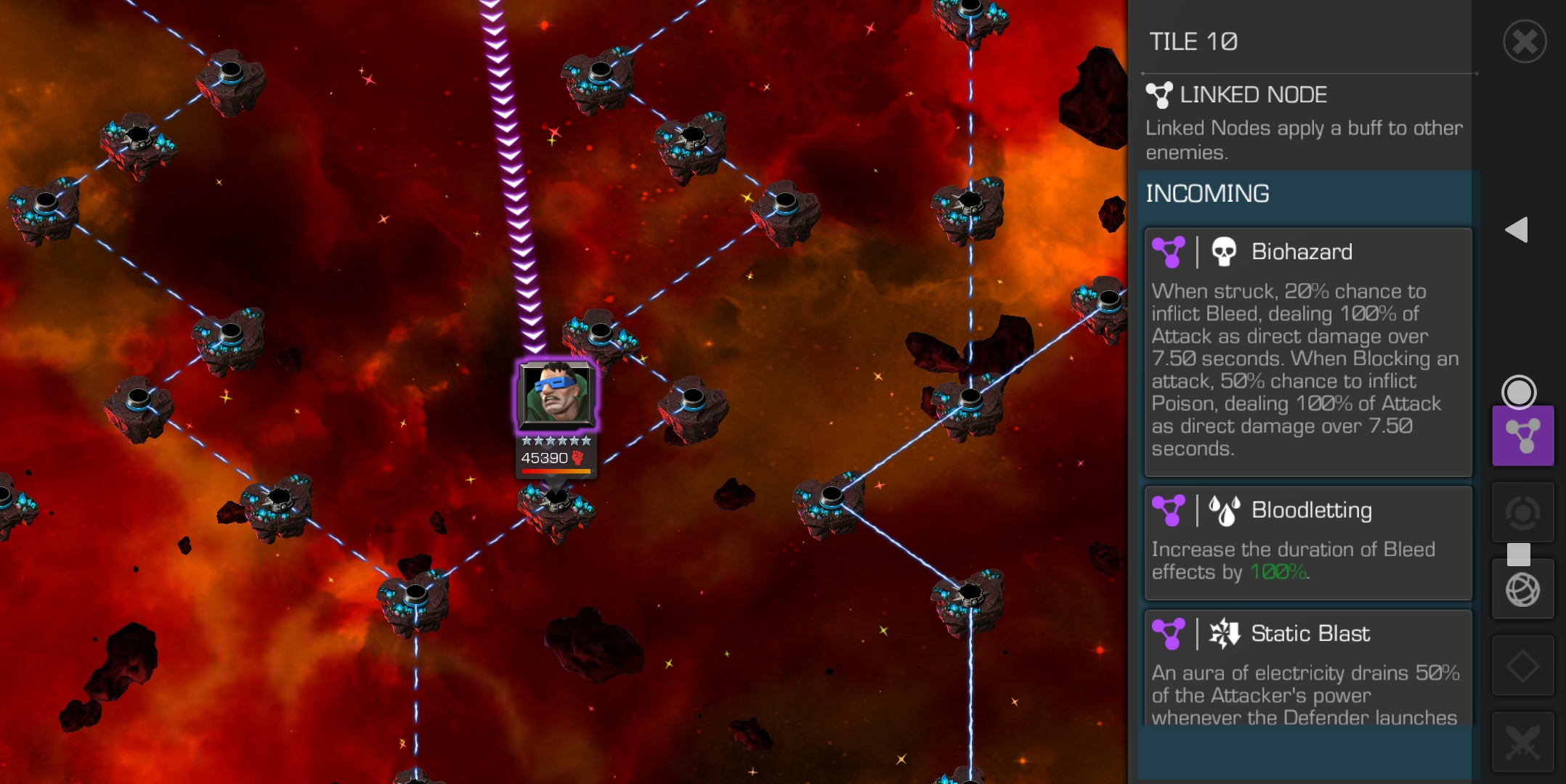