World Eater Posts: 2,280 ★★★★
November 2020 in General Discussion
Ever since rank up gems were released, there’s always been a problem where you can’t choose the rank up gem you want to use (class vs generic). In response to this, kabam mods here on the forums have directed us to reach out to your customer service to have them address this issue. 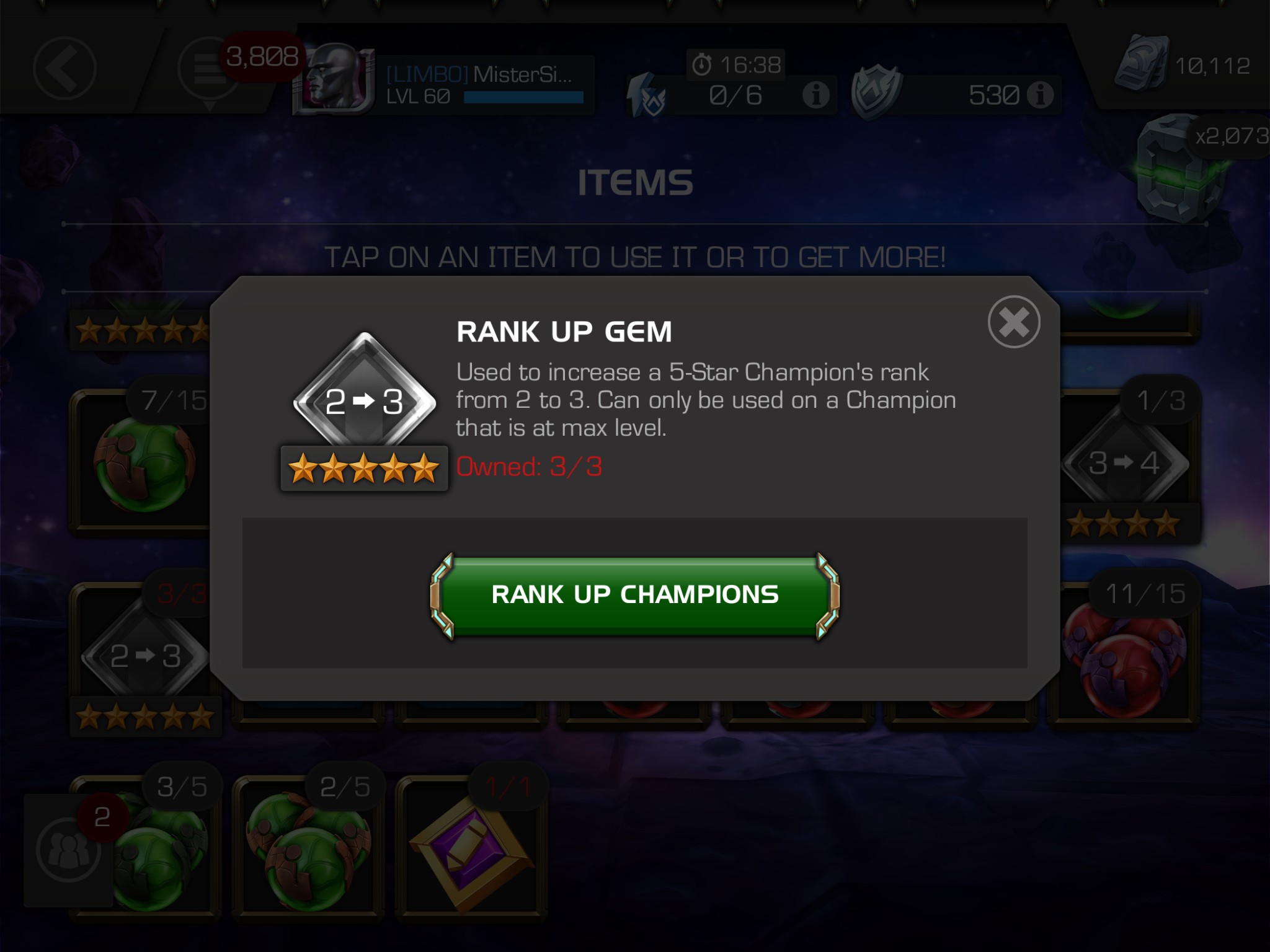 WTH is this nonsense. Having to go outside the game and request help from support , just to use an in game item, is very frustrating and just downright screwed up. Never mind your customer support telling me they can help me as a “one time exception”. Just fix the @&amp;$! Problems with the gems and allow us to choose what gem we want to use instead of defaulting to a class gem over a generic if both are in my inventory.
19