Chovner Posts: 417 ★★★
March 7 in General Discussion
So I have an r3 Magneto, and his PI is lower than an r2 Gambit... that sadly criminal
Did they give him such a low PI because he’s otherwise such a godly champ? 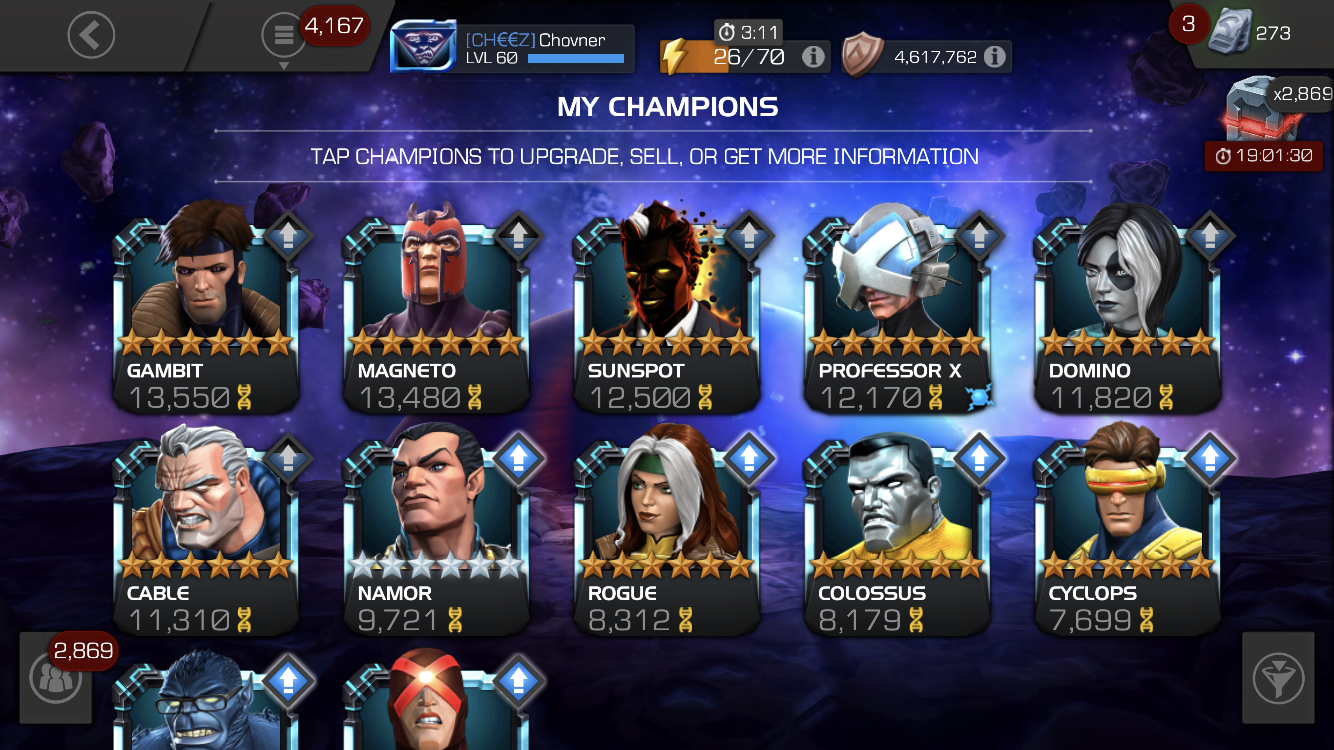