New BPC Synergy with Killmonger has a Funny Interaction

LibertyPrimeV1 Posts: 3,229 ★★★★★
May 3 in General Discussion
(*For anyone who needs a quick refresher)
*On Base Killmonger can apply 15-50 Bleeds with his Sp3 Once Per Fight, the amount depends on how many Bleeds you've applied during the Fight. (This is displayed once more than 15 Bleeds have been applied by a Grey Passive Counter on the Enemy which does Nothing but keep track of how many Bleeds you've applied.)*

With the New Black Panther Classic Synergy you can apply the 15-50 Bleeds Twice Per Fight, the Grey Counter continues to track this after your next Basic Attack Bleed. 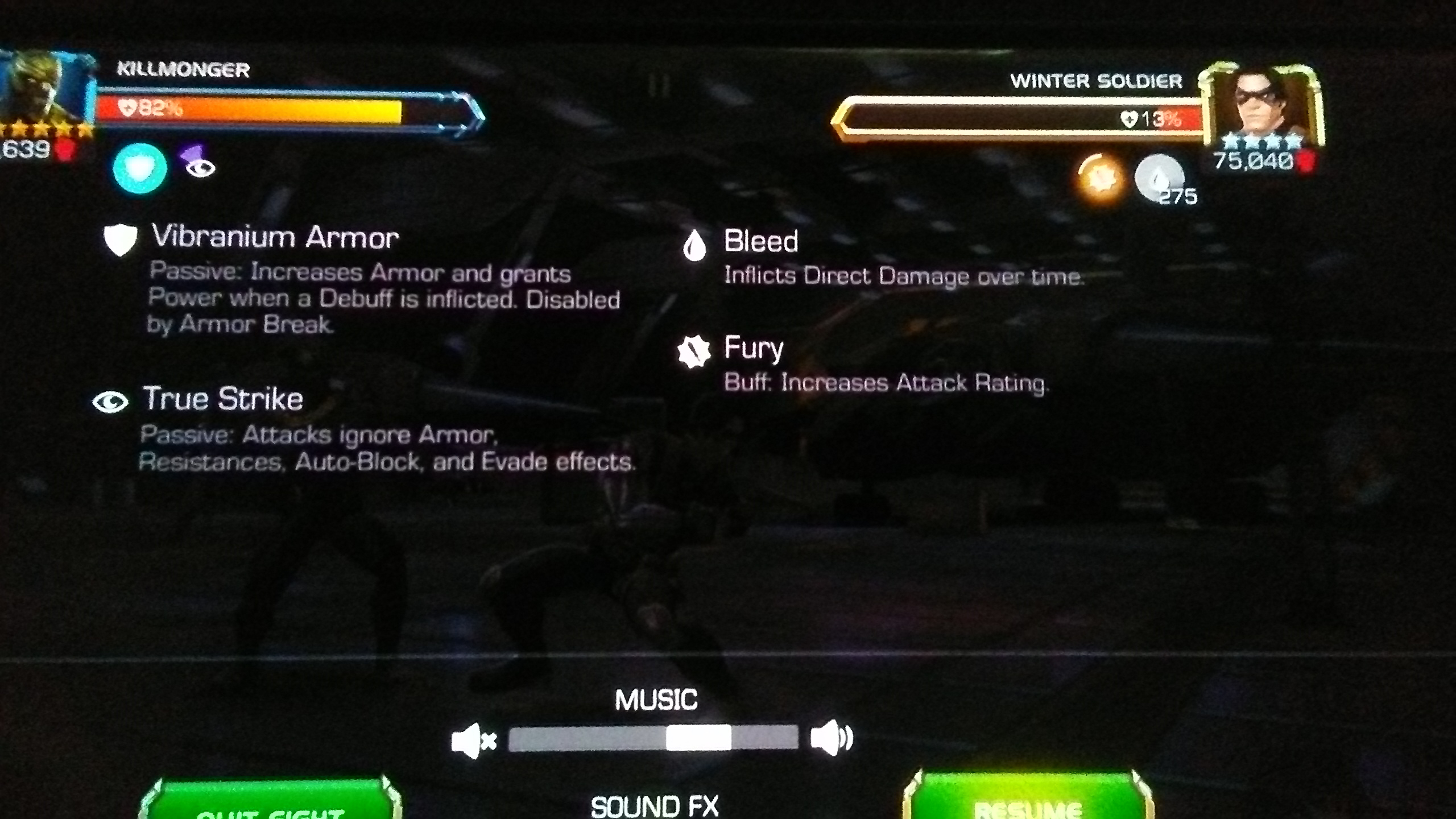 This is where the funny interaction comes in... 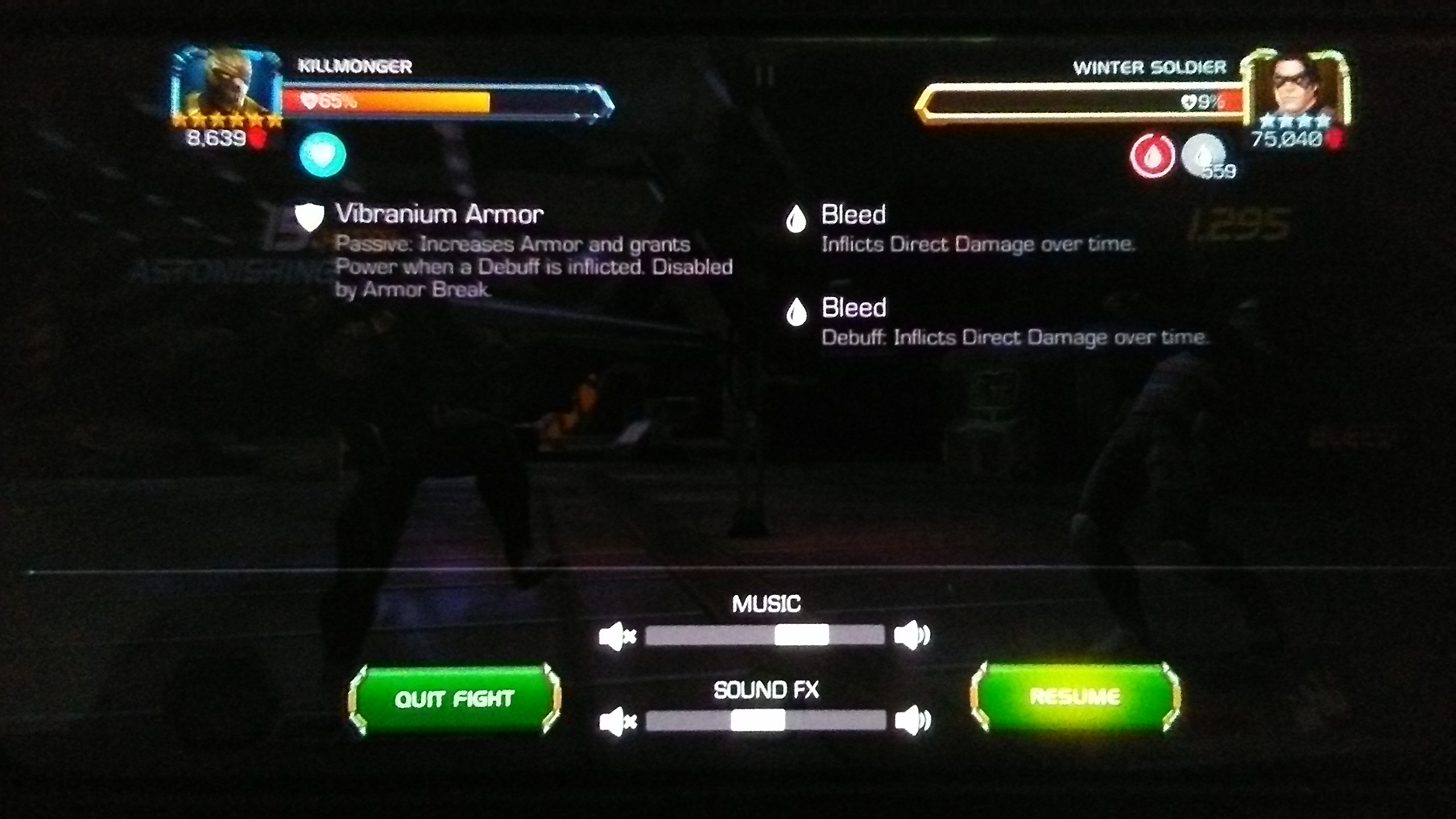 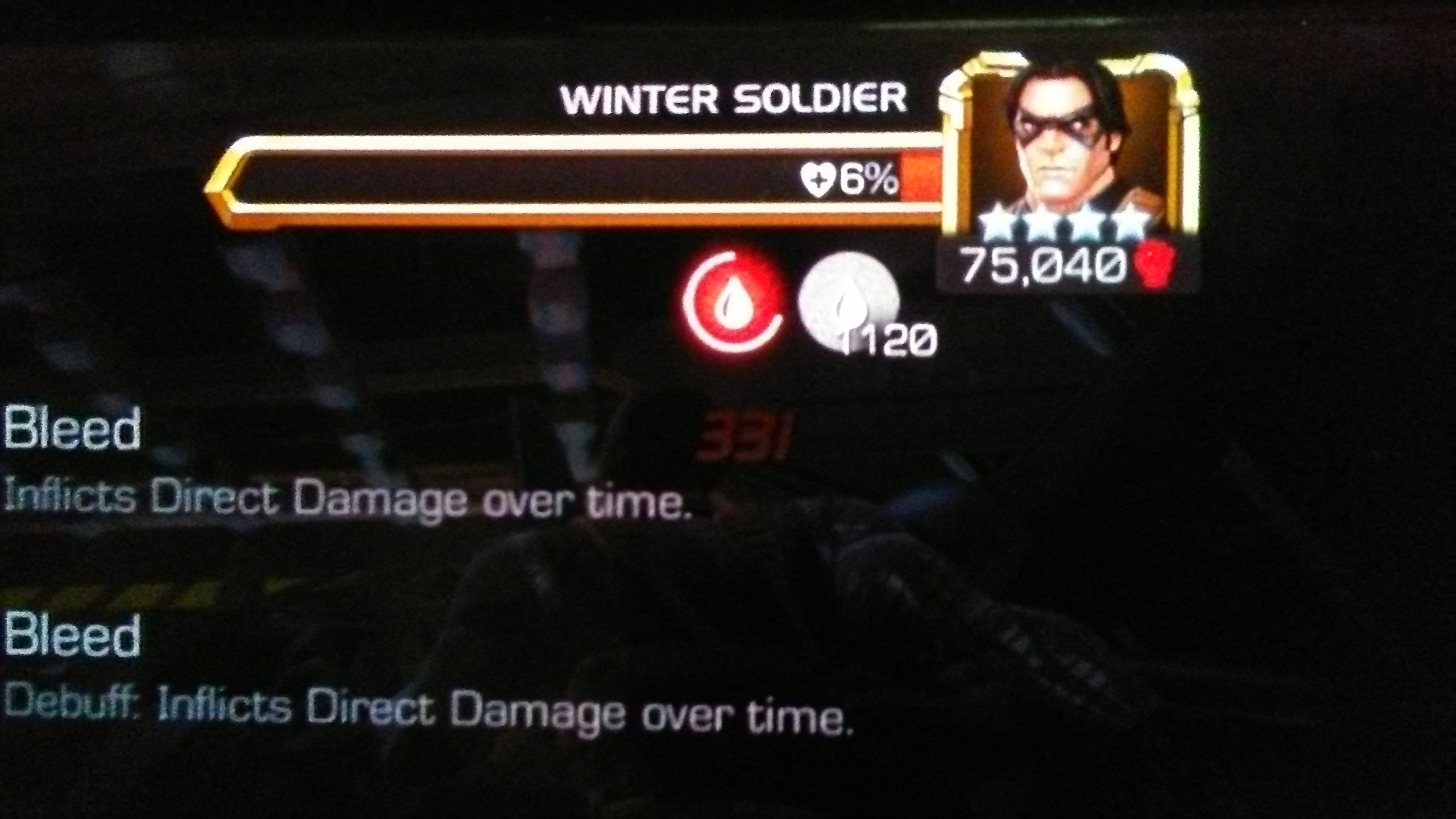 Because of that it really does nothing except for giving you an Funny Ever Stacking Counter. 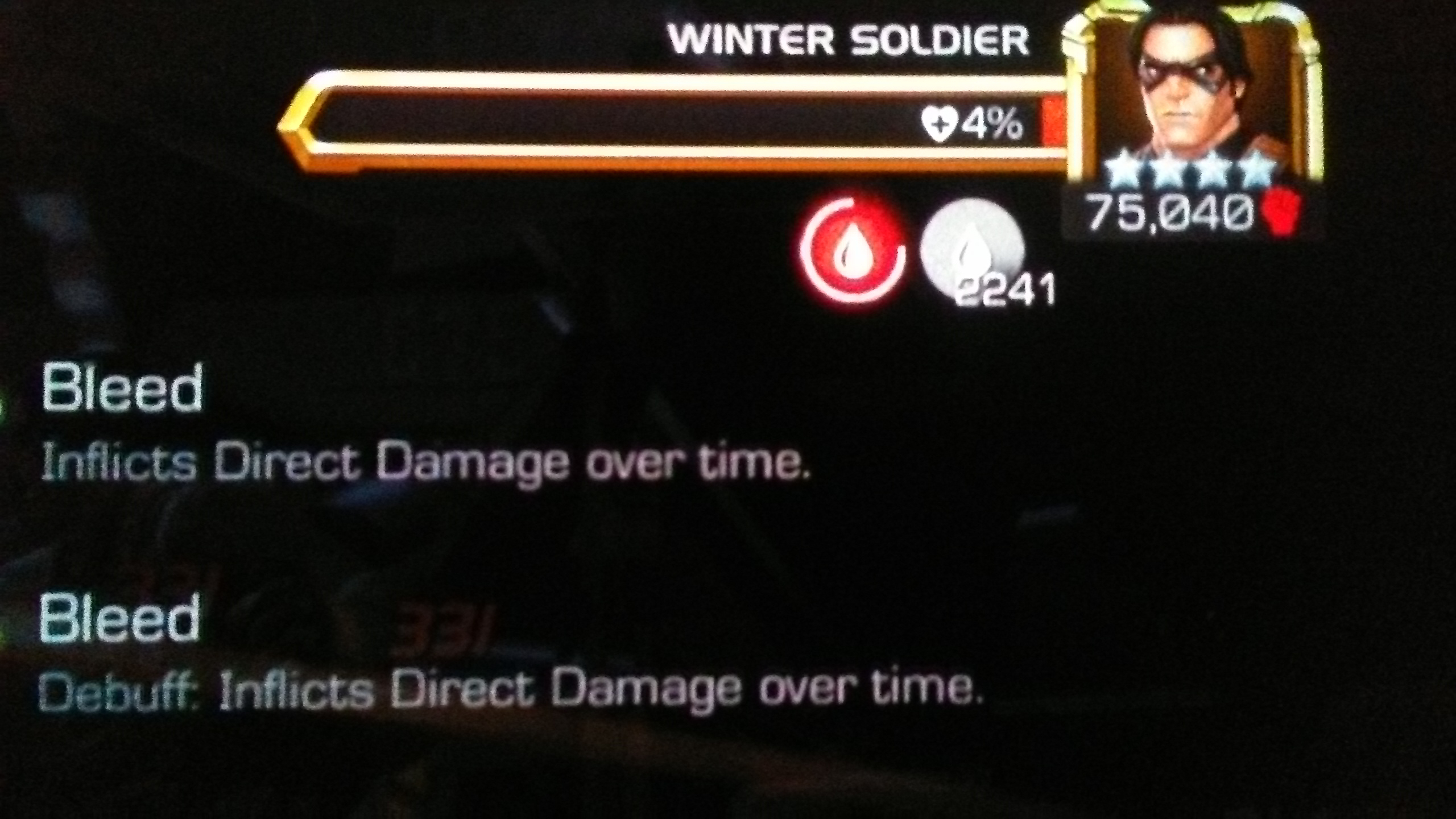 I'm curious to see if this Counter has a Limit, because I'm bored... 😂 To the Labyrinth!
14