Retaliation! This is the way you found to punish the community.

NasDSlayer Posts: 9 ★
June 11 in General Discussion
Absurd. You invent an arena that aims to turn the player into a robot. We complain. And you agree to remake the arena. Only your way. Want a smaller amount of points? You will have. The 6* will score a 5*. How wonderful. Wow how happy I was with this news. "irony". 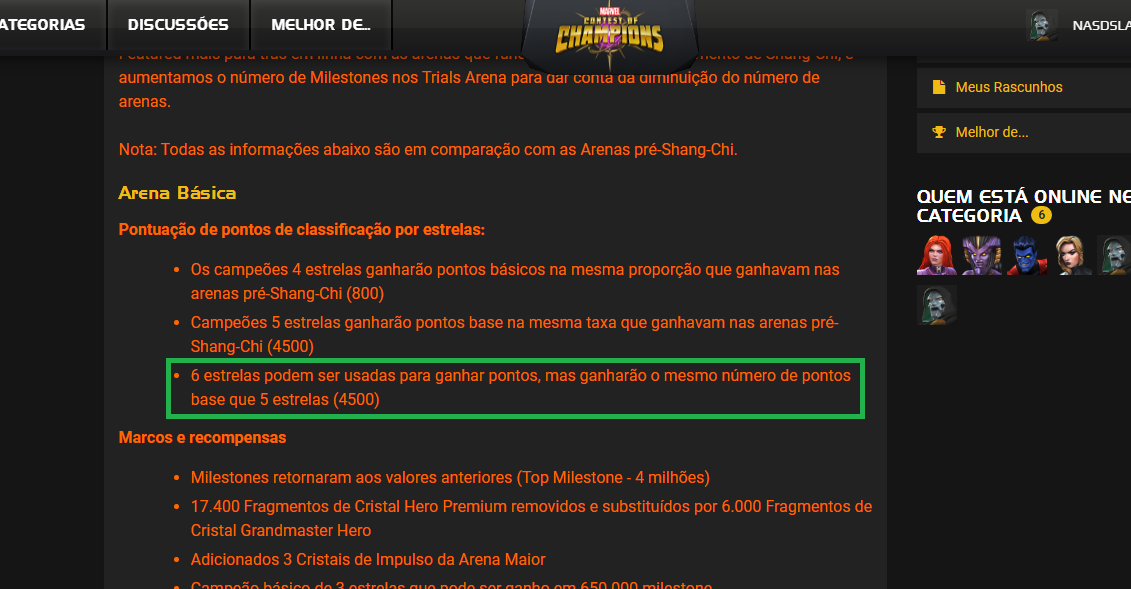 With 40 rounds I scored. And I did it with happiness.
With your new way of doing arena. It will take more than 80 rounds for an account like mine. I was never one to do much arena. I've always done the basic 4* and 2* arena. I liked doing the 1.5kk. And because of the speed, it wasn't every week, it was the 2* arena. And for me it was enough. And this new arena discouraged me. It's been a few days that I don't do arena. I needed to get used to this idea. Now, you come up with this nonsense of changing the 6 star character score to 5*. This is called retaliation. I've never played the game the way you want me to. I am not a game slave. I never broke the rules. I have never been a player who reaches all arena milestones. It's these guys who invented arena programs for the smartphone to play alone while they sleep.

You lower the score from 6 star because the community complained about the new arenas, that's not right. And I'm probably the only one to complain about it.