SHIELD Posts: 90 ★
October 2017 edited October 2017 in General Discussion
What is the point of Mephisto and Morningstar both having the Soul Seeker Unique Synergy if they don't stack. By doing that, it's doubling up for no reason as it only counts once but you need both for the synergy. 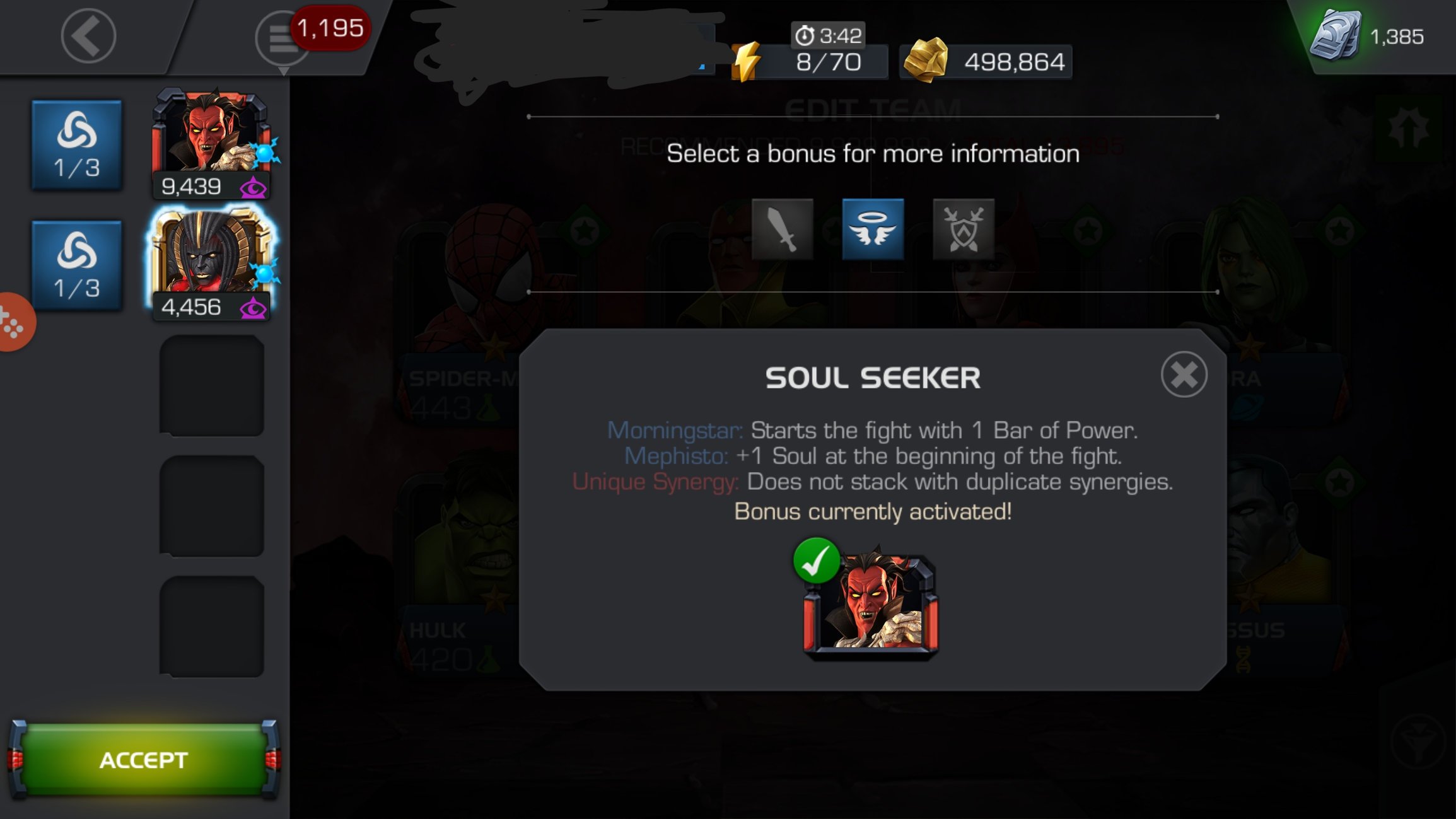 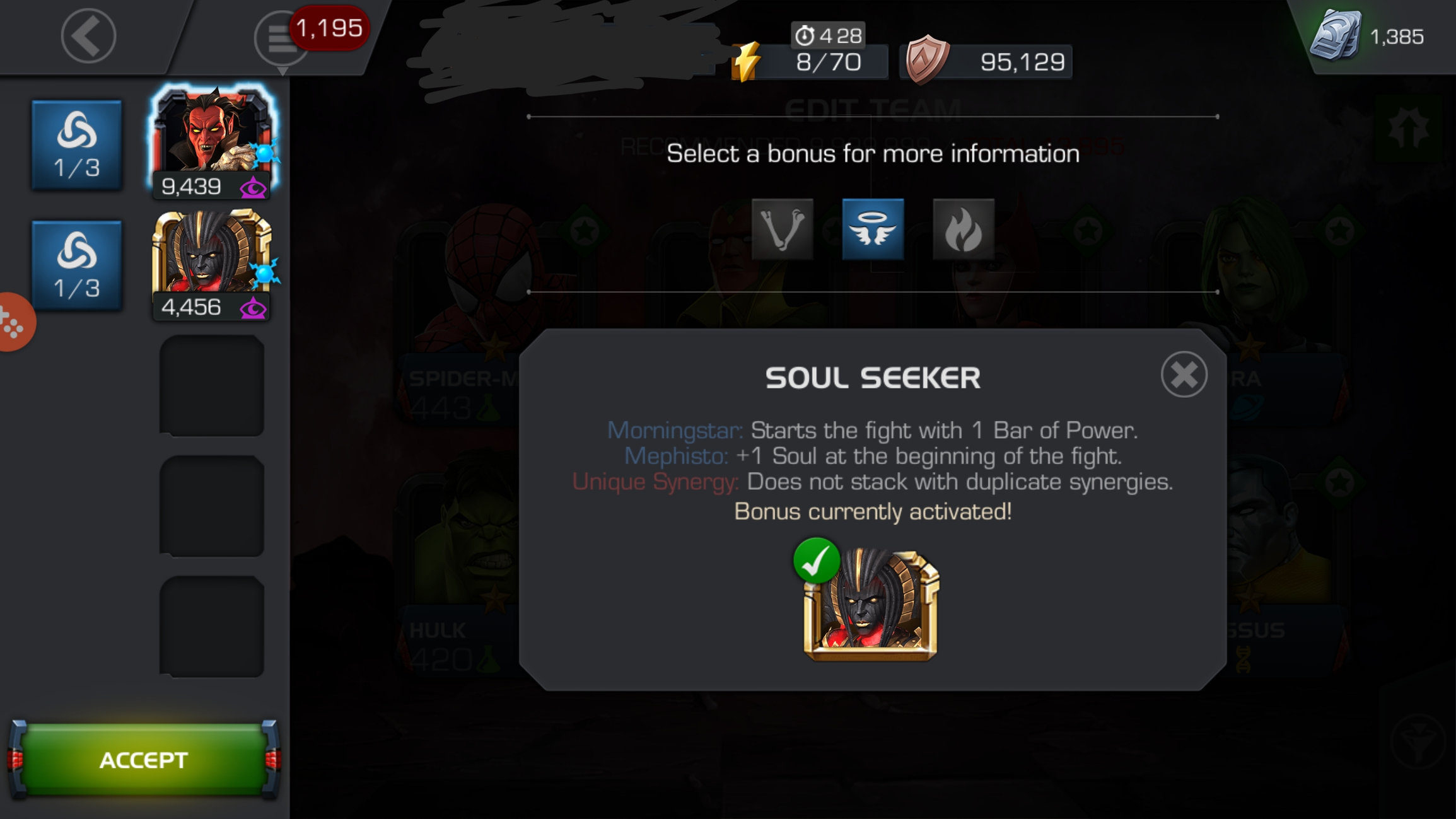