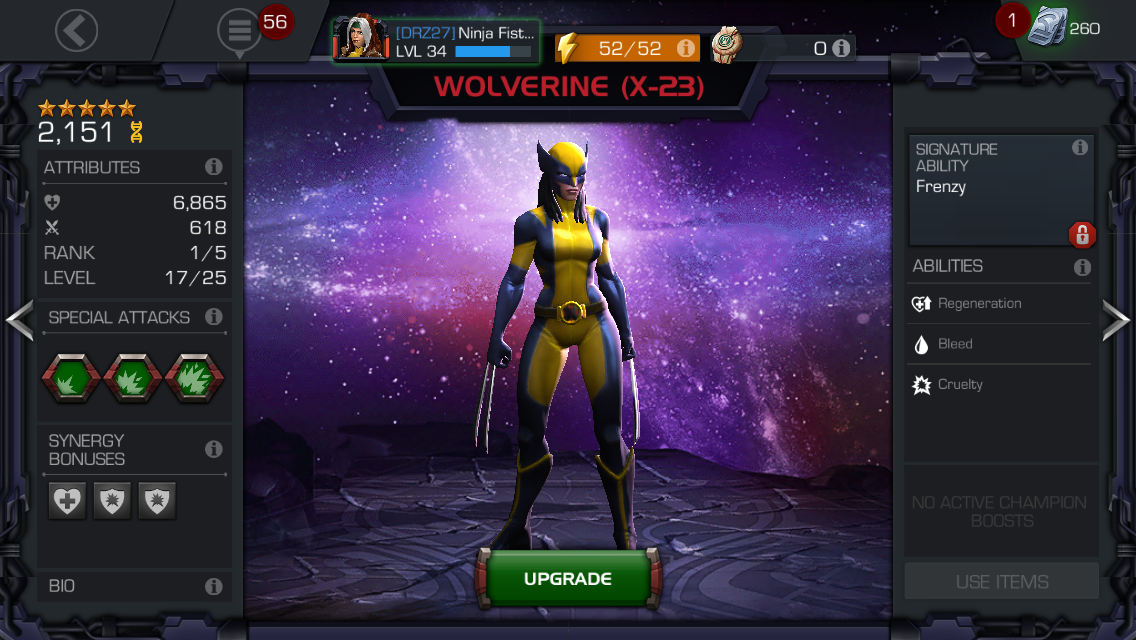 So just got here from 5 star arena I just want to know how to use her, which special attacks I should use more often with her, and if I should upgrade her or Rogue to rank 4