1) On the bottom right part of the screen, there seems to be an issue with the Summoner Advancement Alliance Event where it is triggering a notification (like a milestone has been reached and something is ready to be claimed), except this stays active for ~5.5 days. No way to clear it, nothing in my stash to claim.

When I click on the notification, it will show a "1" over the Alliance tab, but nothing else indicates a new event. Only way I know it's the SA event is because it happens every week when the SA resets. It appears about 1-2 hours before it resets (when it's added to the "Coming Soon" tab. Then sometime after day 5, it will eventually get the blue border indicating a "new" event and the notification clears.

2) Alliance Quests. Once day 1 begins, there is a "1" over AQ until it ends. Once leadership begins a new quest, it will change to a 2 until I open that screen then the main page will return to a "1". Stays active all 5 days. This has been ongoing for several weeks, but I remember there was a time this wasn't there.

In both cases, there is zero effect on game play and doesn't seem to cause any issues elsewhere in the game, but it drives my OCD crazy. lol 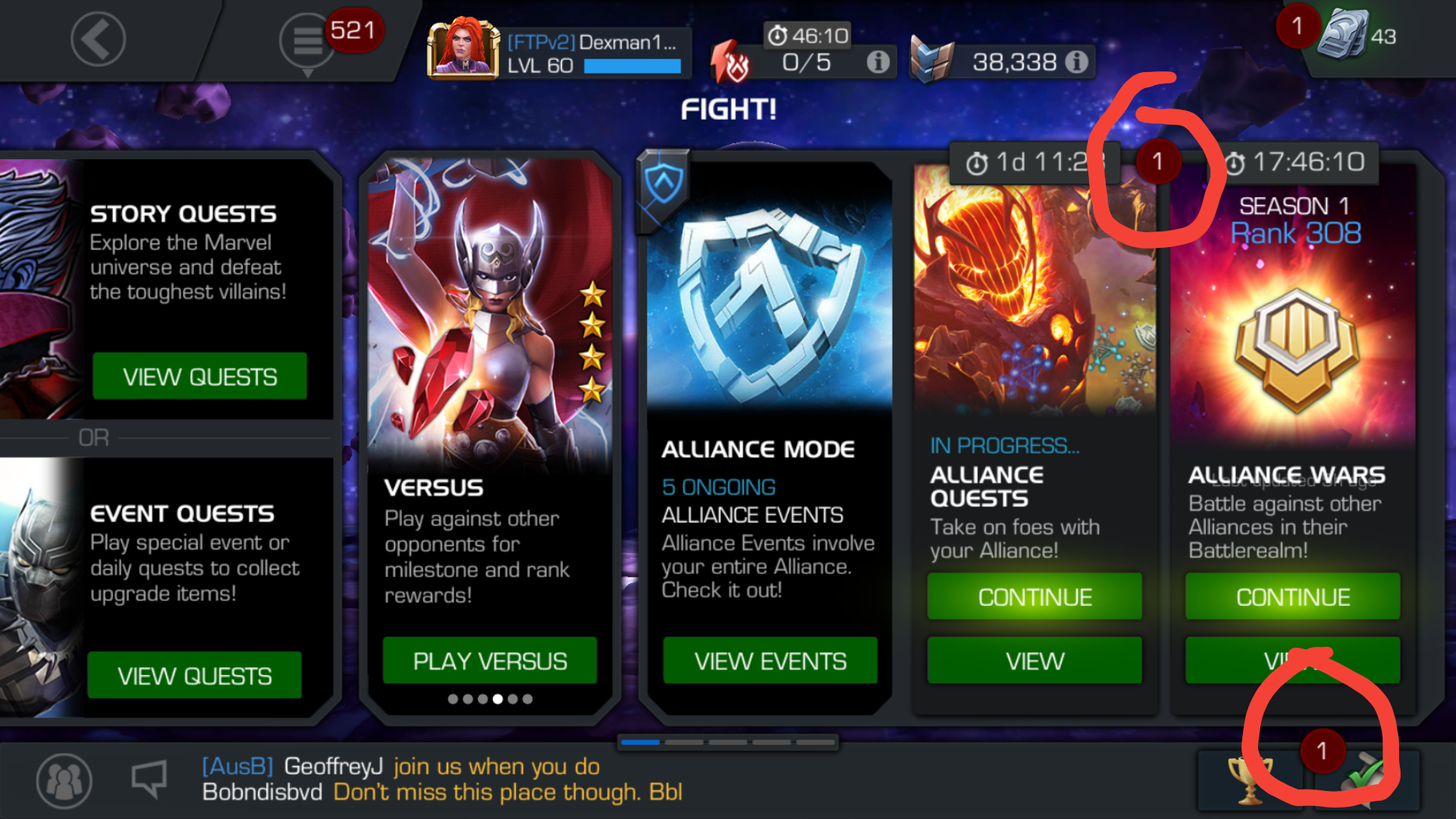