4Never Posts: 75 ★
April 2018 in Suggestions and Requests
MCOC is all about the fights! Why is the Victory screen so limited and uninformative?? Show more interesting fight/performance stats for player and champion, along with context (who, what, where) on the fight Victory screen. Ideal for screenshots and showcasing to friends!

I just threw out some ideas (non-exhaustive) of things that would be **fun**, useful to know, and easily captured in one place. I know video captures some of this over time, but the additional fight stats added would be nice, at the least.

An alternatively: Maybe a fight log (last 2-3 fights) that contained this and other information could be accessed somewhere in game if not provided on the victory screen. 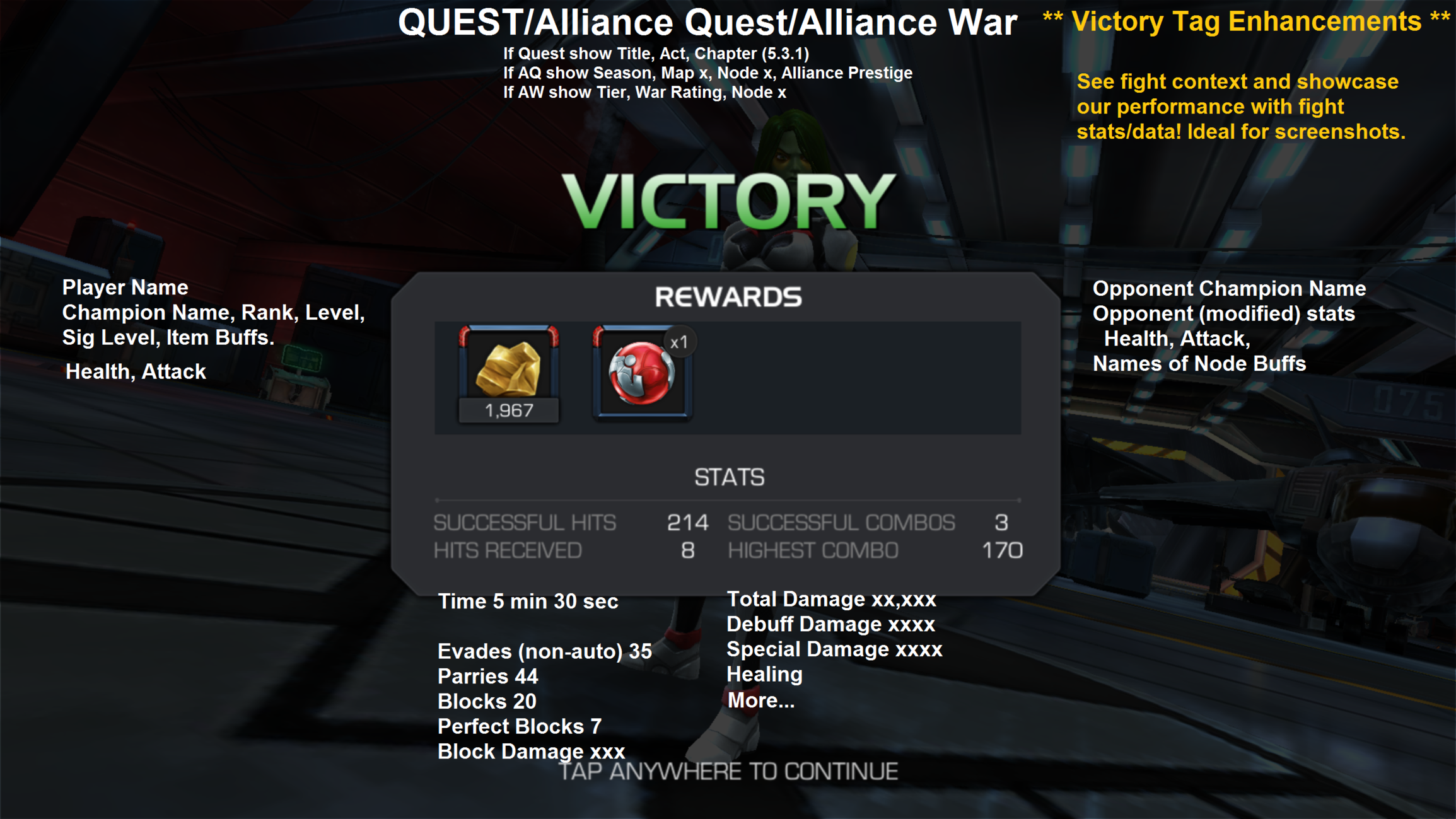