MN2Hughes Posts: 21 ★
July 2018 in Bugs and Known Issues
So I decided to toss my iPad and iPhone in and put them at risk a little for the sake of science. 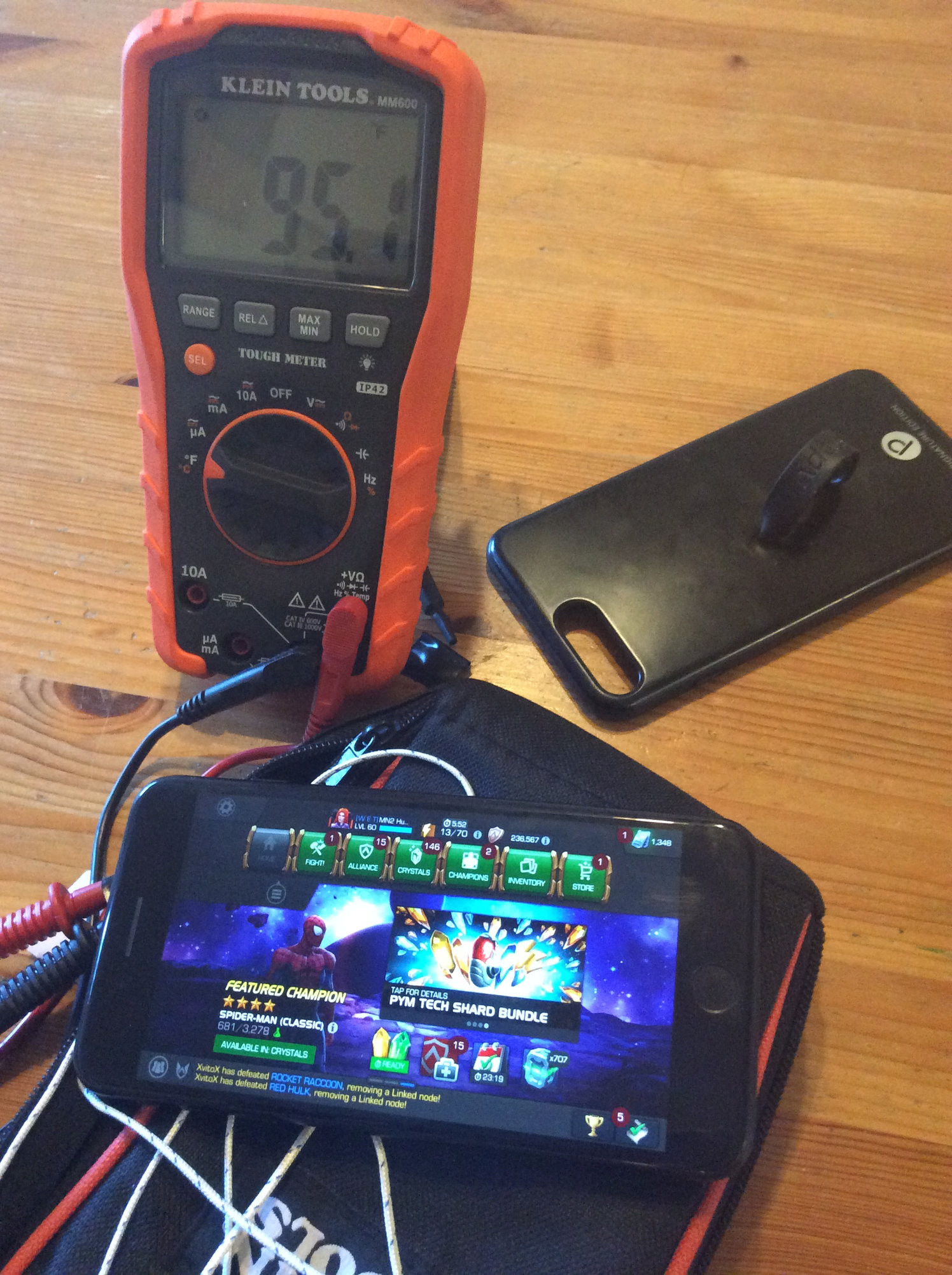 I collected my daily crystals, and started running heroic with just the AI fighting for me.

I was able to play for about 10 minutes and got s low battery...phone had hit 108.5 so I plugged it in to finish testing. 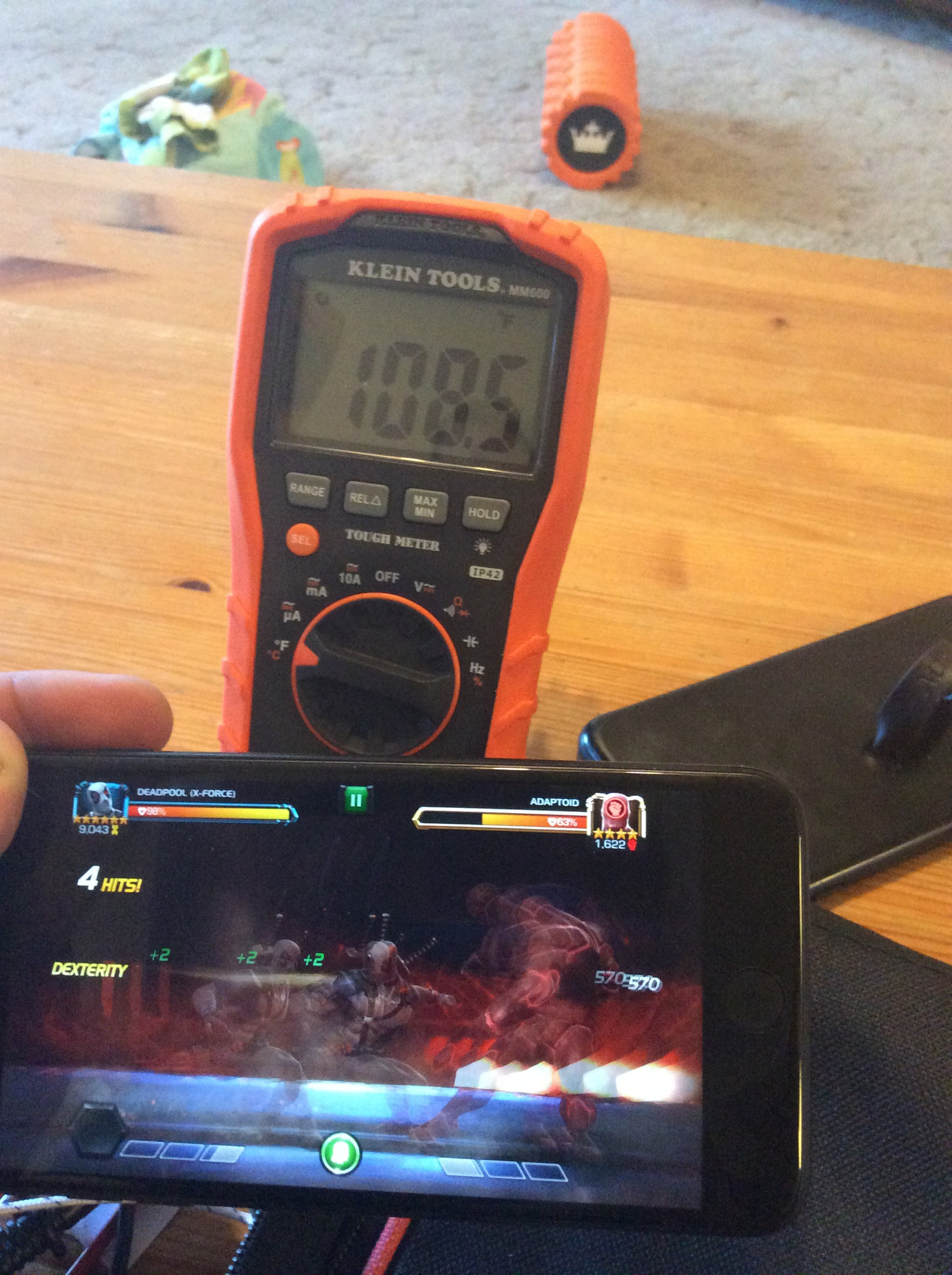 After a little more testing I stopped at 113 degrees, I could have kept going for the sake of science, but I felt the idea has been driven home. 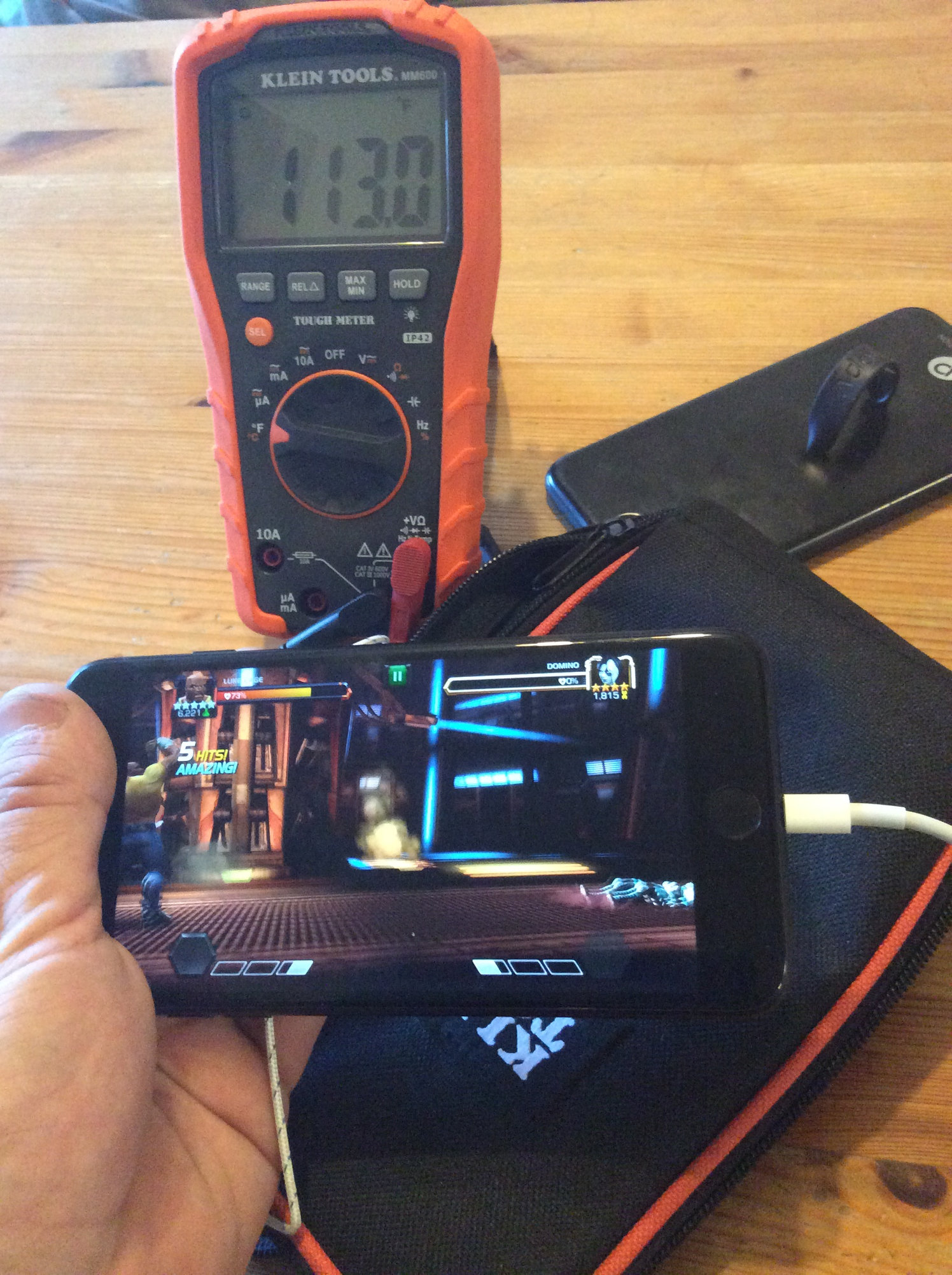 Tested temperature with a Klein Tools mm600 with a temperature probe, it usually runs a couple degrees cooler however. A laser temp would be more accurate. For you techs guys out there, maybe you can post your results here.


I ran the same test on my iPad Air, running iOS12 Beta as well. It had better heat dissipation and I stopped when it got to 110 degrees. Hope this helps a little.