Maintenance Compensation Level Depends On Your In-Game Story Quest Progression - Fair or Not?

Fuzzycat Posts: 56 ★
November 2019 edited November 2019 in General Discussion
Maintenance compensations are out and it seems the compensation level varies, depending on whether the player is Cavalier, Uncollected, Conqueror, etc i.e. story quest progression although all the players were affected by the same hours of downtime. Is this a fair way to give out the compensation or not? 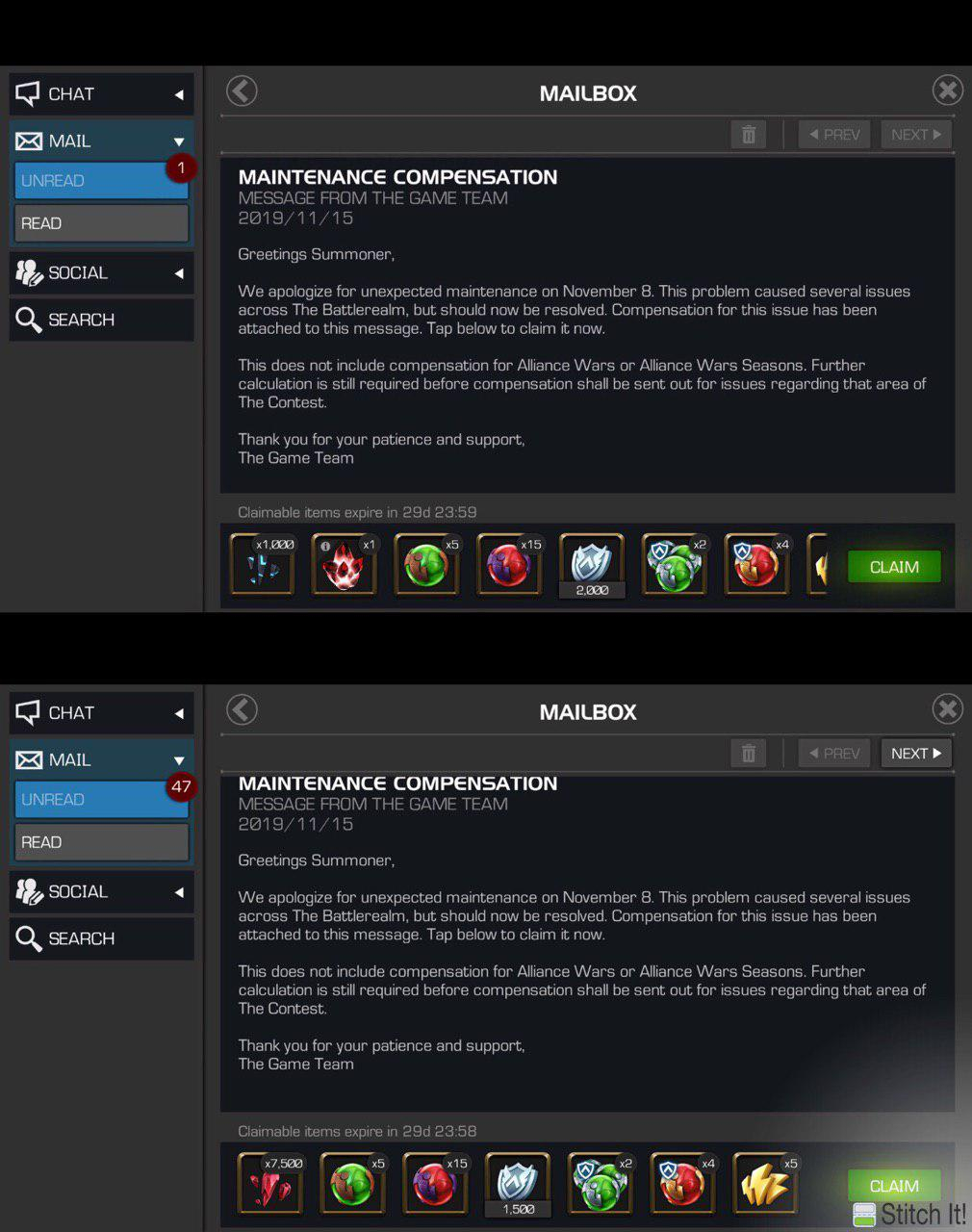