How to know what tweets are fake 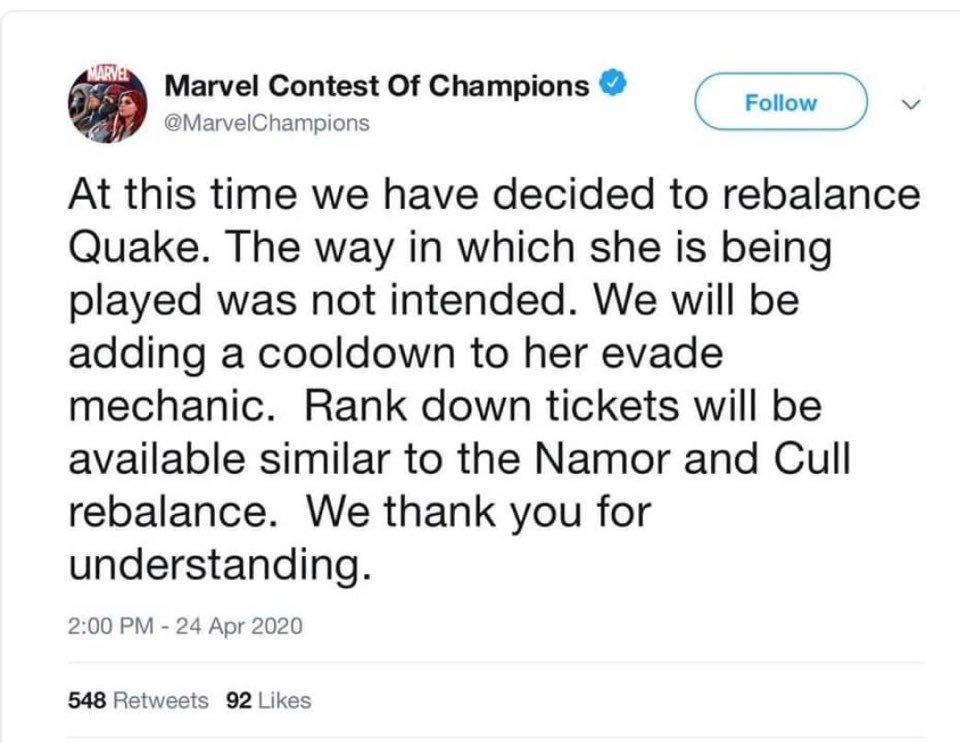 I thought I’d give you some pointers on how to spot fake tweets.

2. Is it on forums? If there isn’t an official mod post about it on forums, it’s false. The forums are where Kabam will first announce any rebalances to champions.

5. Spelling. While not evident in this post, some of these fake posts can’t spell, like this one: 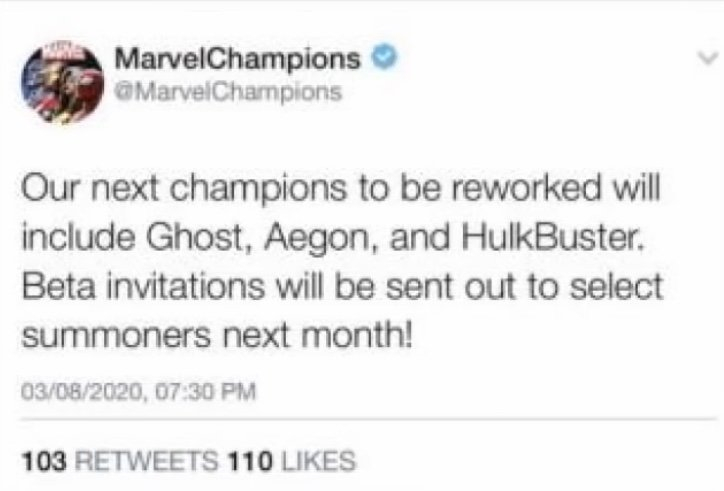 That’s not how you spell either Hulkbuster or Ægon. Kabam knows how to spell the names of their champions.

Hope this helps you identify these fake tweets in the future. If anyone else has any tips, feel free to add on below!