The 6* basic crystal. Problem in numbers

TP33 Posts: 1,480 ★★★★
May 2020 in General Discussion
So recently there have been LOTS of complaints about the state of the game. I thought, they can’t be that bad, right? Wrong.

I made a table in which I took ALL of the champions from the 6* basic and put them into 2 categories, useable or good and unuseable and bad. This is the more subjective bit. Some of the champions in the ‘bad’ section do have their uses BUT if you pulled them from a 6* basic crytal you wouldn’t be jumping for joy. Also there are varying degrees of ‘good’ so I sorted the ‘good’ section into 4 categories, R3 (meaning worthy of a rank 3), R2 (meaning worthy of a rank 2), R1/2 (meaning that in some situations this champion is worthy of a rank 2 but others will disagree) and R1 meaning they’re good, and they have utility but you wouldn’t traditionally rank 2 them straight away. Now of course some will disagree and say stuff like “rank up who you enjoy” and “if you have fun with them go for it!” But this thread is targeted towards those who are upset because they want to make rank ups based on numbers and utility. 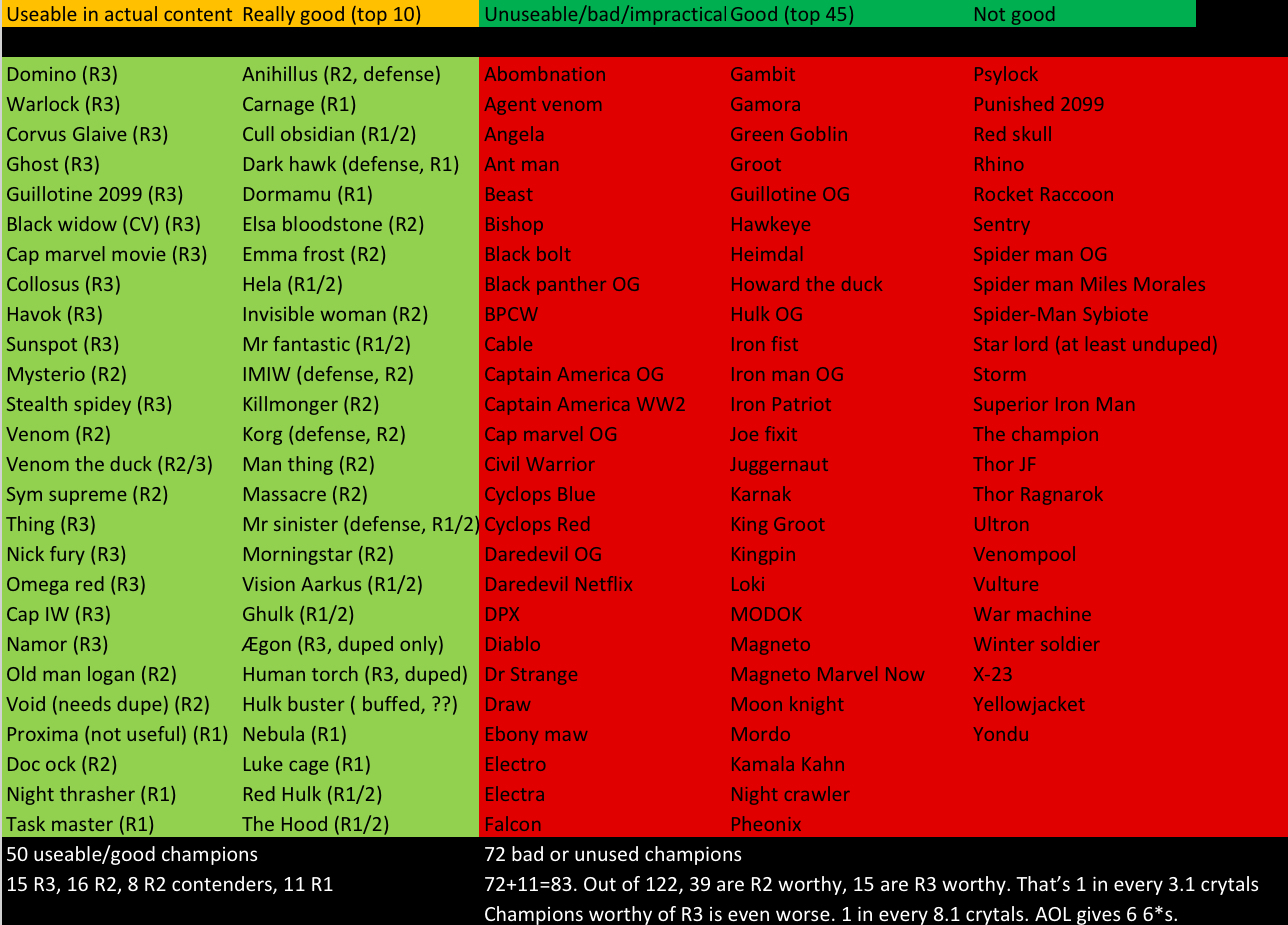 Wow! That’s a lot of red, and that’s because many champions are just not caught up with the meta. Now the chart also shows us that you have a 1 in 8 chance of getting a very good (R3) champion. That’s not good enough. As stated above the AOL gives you around 6 6*s and using this data that means that even completing the AOL will likely give you trash. This is made worse in act 6 where even less 6*s are given out, why explore it when the data shows that it’s most likely trash anyways?

I put this into a pie chart to show the disparity 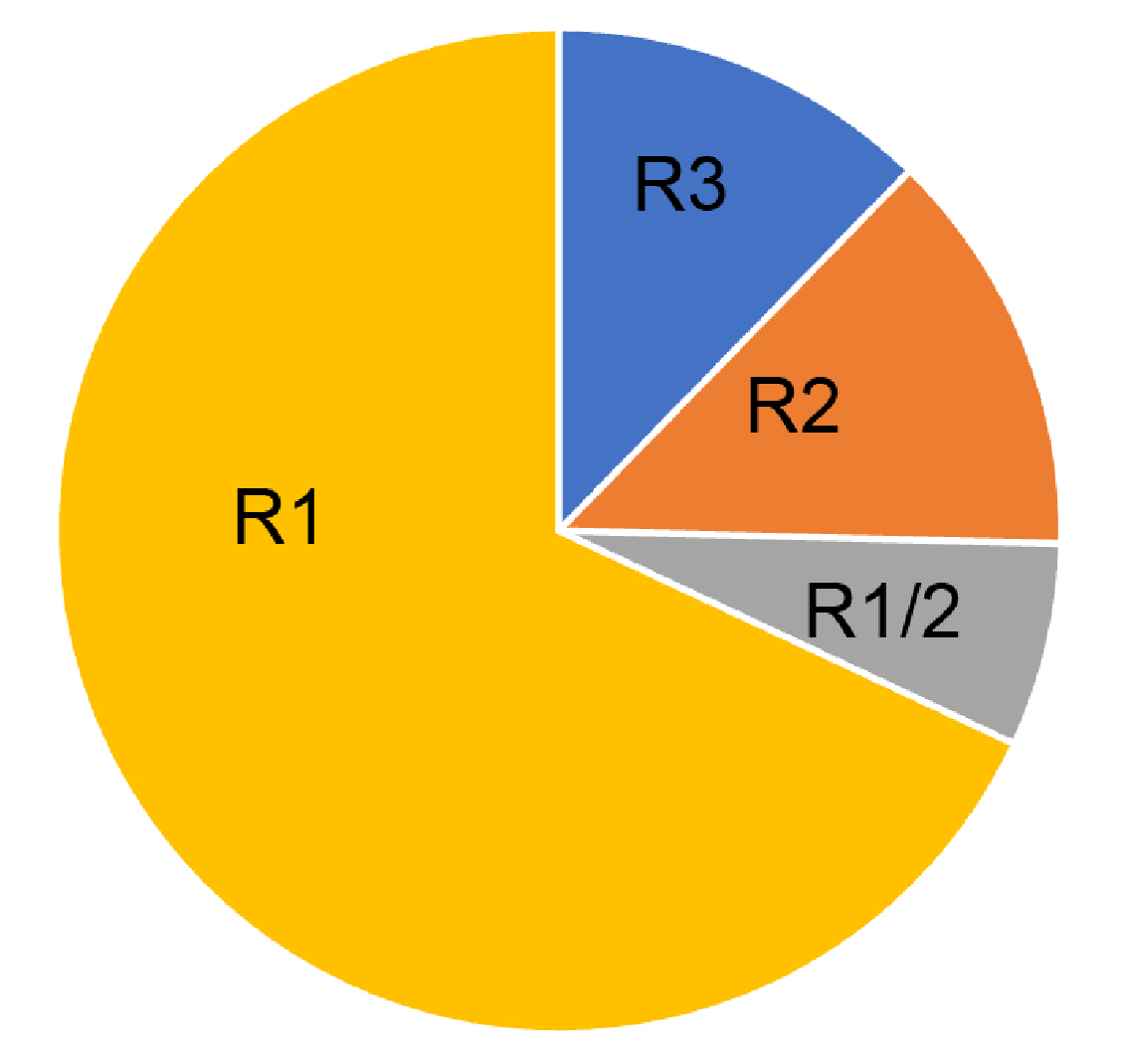 Nearly 75% of champions in the basic are just not worth taking up (with some exceptions).

I hope this shows Kabam what they’re doing wrong. Can we have a 2021 where instead of focusing on new champions and content we can fix the old? I wouldn’t mind stopping Act 7 for another year as long as it means that act 6 can be fixed and act 7 will be fun and fair.
35
«12»