Heartless Posts: 298 ★★
September 2017 in Bugs and Known Issues
Ok so war attack phase has begun. We did our best to try and max our diversity per battlegroup since as far as I know that's how the points were being determined for diversity. So a lot of us open up attack phase to see war points, and diversity is all mixed up. A few of our guys saw 148 for diversity, I open it up and see 98, then later it drops down to just 50. Last war we did we were at 128 for diversity and we weren't even going for divsersity like we did for this one, how did we fall so sharply in diversity in this war? And whats up with the changes dropping from 148, to 98, to now just a mere 50? 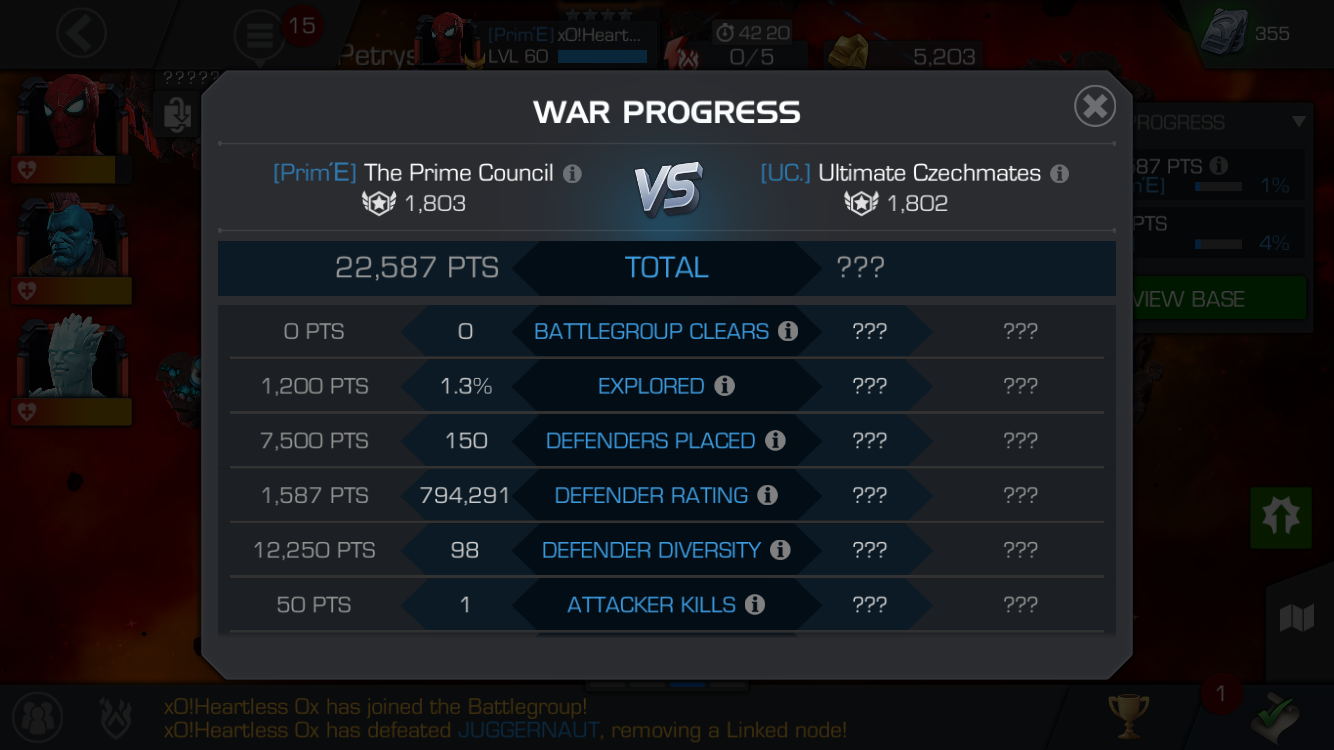 Moments later drops down to 50 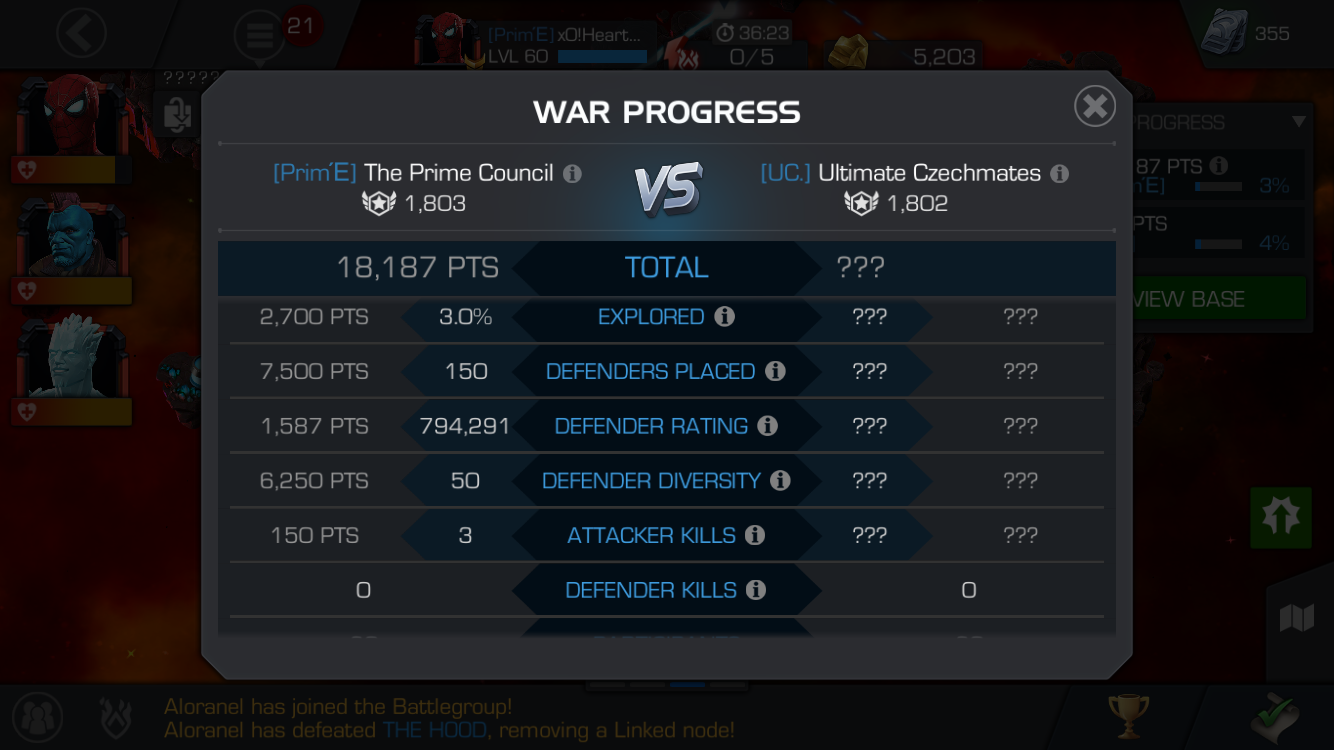 This was war before this one, and we weren't even focused on diversity for this war but some how went way down during todays war. 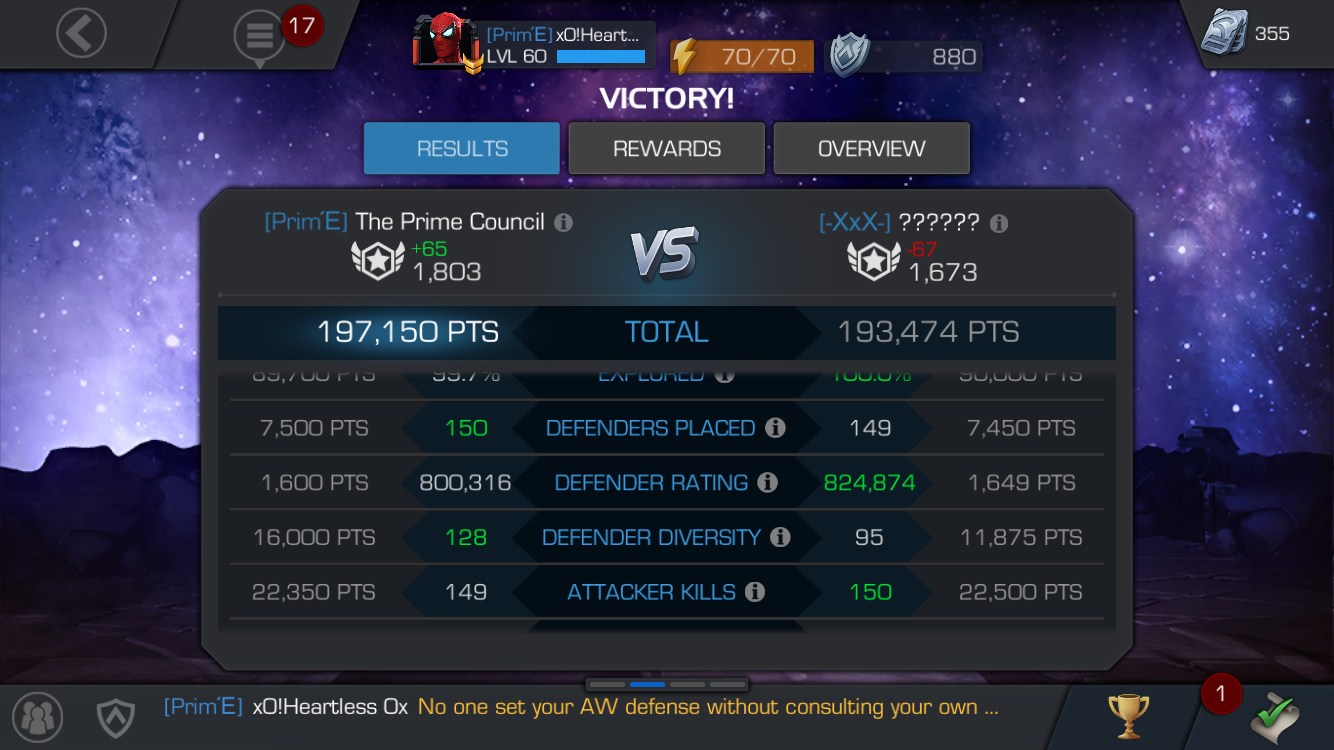