Alright. You can laugh/insult me now. 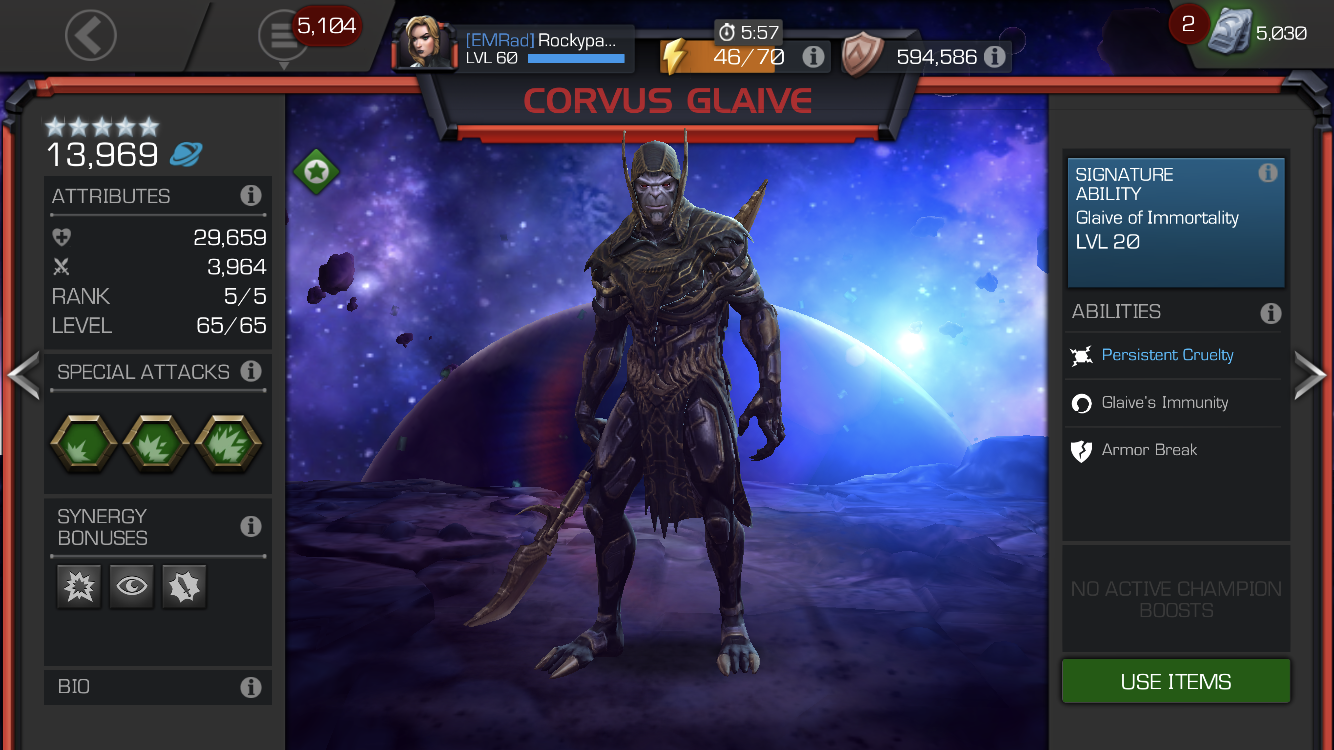 So anyone that knows me on these forums knows that I don’t like Corvus. At all. In fact, I think he’s pretty overrated, especially without suicides.

I stand by what I’ve said.

And yet, I did this. My 21st R5 equivalent champion. So why did I do this. Well it’s two pronged:

1. He’s really useful in incursions. That’s my main reason for taking him up since he gains so much more reach with the hacks

2. Abyss. After watching Brian’s stream, it looks like I’m going to be using his team for a completion (look out for another thread asking for help on this soon). Corvus is on that team so he might as well be R5.

So alright. Let the abuse rain down. This is what I deserve for trash talking him.
18
«12»