Kabam please tell me this will happen! 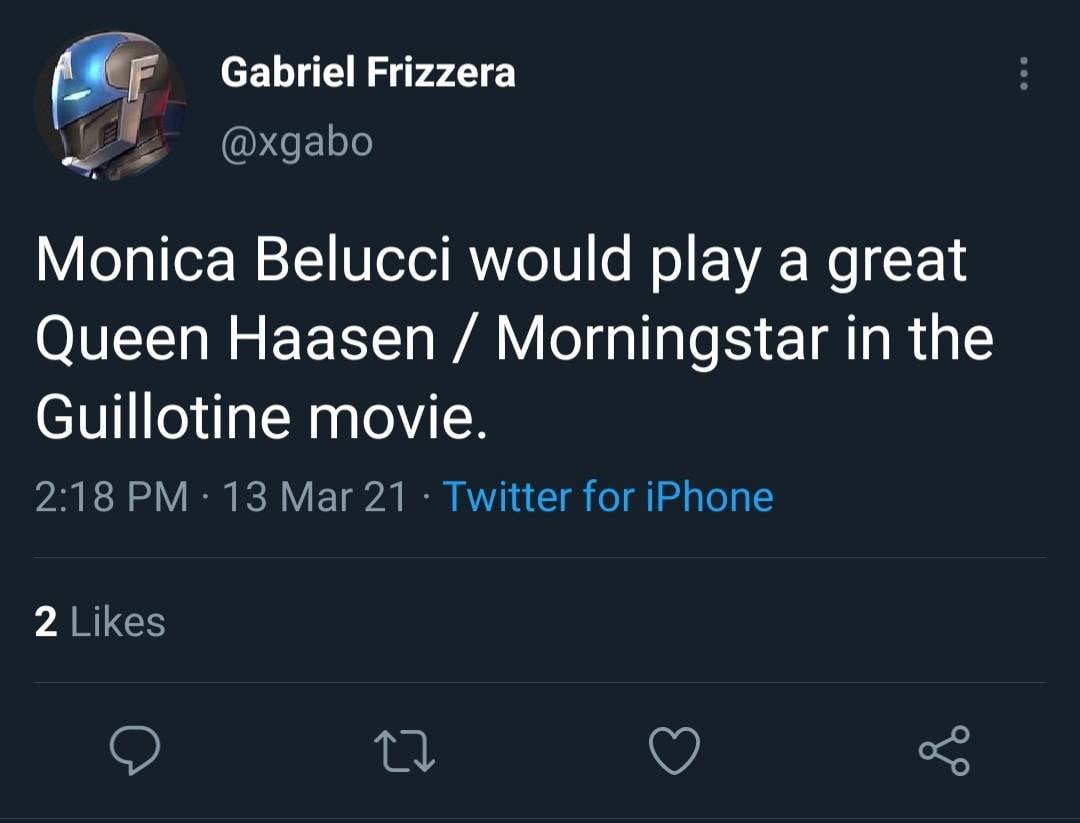 Im not talking about the actress but Bae and guillotine on the big screen have to happen! Ever since both were introduced it just became on of the best stories i wanted to see. I would really prefer a tv show over a movie as i just feel no movie could do this great story that stretches over such a long time any real justice. But id rather take a movie then nothing ofc. A solo movie for bae and a solo movie for guilly where bae returns as the villain and ofc wins in the end could absolutely work
2