chunkyb Posts: 1,438 Content Creator
April 2018 in General Discussion
So, we've had the same basic rewards system for quite some time. Aq rewards got changed a bit and that was kinda good. Aw rewards went the same way. But solo play rewards are somehow still stuck in the past and i don't fully understand why.

The solo event rewards really don't do much for many players, especially once they're uncollected/unchallenged/baned.

Even the rewards per fight are nothing more than a pittance. People have been lvl 60 for ages now and receiving the same tiny gold rewards for each fight, when they could at the very least receive the normal amount of xp in gold. That idea has been floated on this forum many times and ignored.

But the time when that idea would be sufficient is long passed. Now, all gold rewards need to be drastically increased. If you want to set a bar for who gets these increases, fine. You recently offered rank up materials in the store. Great. What am I supposed to do when I have a full inventory of catalysts, tons of cat crystals, and no gold? You're shooting yourself in the foot with that one.

Now, we have a new EQ which seems like it's going to be really fun. And maybe I can get enough gold to rework some of my teams. That'd be fun, right? Except... I just got 97 gold from an uncollected fight. Ninety-seven. In what world does that make sense? This isn't even a case of "well gold rewards have been at that level for years and we just haven't gotten around to changing it yet". This is new content.

The rest of the game is outpacing gold at a ridiculous rate. If you, by design, have gold as the new bottleneck... Well, whatever. I've never agreed w bottlenecks and think they're self-defeating. Apparently you agree, because of the glory store and the changes made to it.

And for those who will inevitably point out arenas, yes I do arenas, no it can't keep up with the need, yes I get (very small, imo) aq rewards with gold. There's no working around the fact that the extremely aged basic rewards system needs to be overhauled, quickly. 97 gold for an uncollected fight. That's worth almost 1000 hp in sold potions in the ridiculously messed up game economy. I don't even want to know what 97 gold will pay for when ranking my champs. 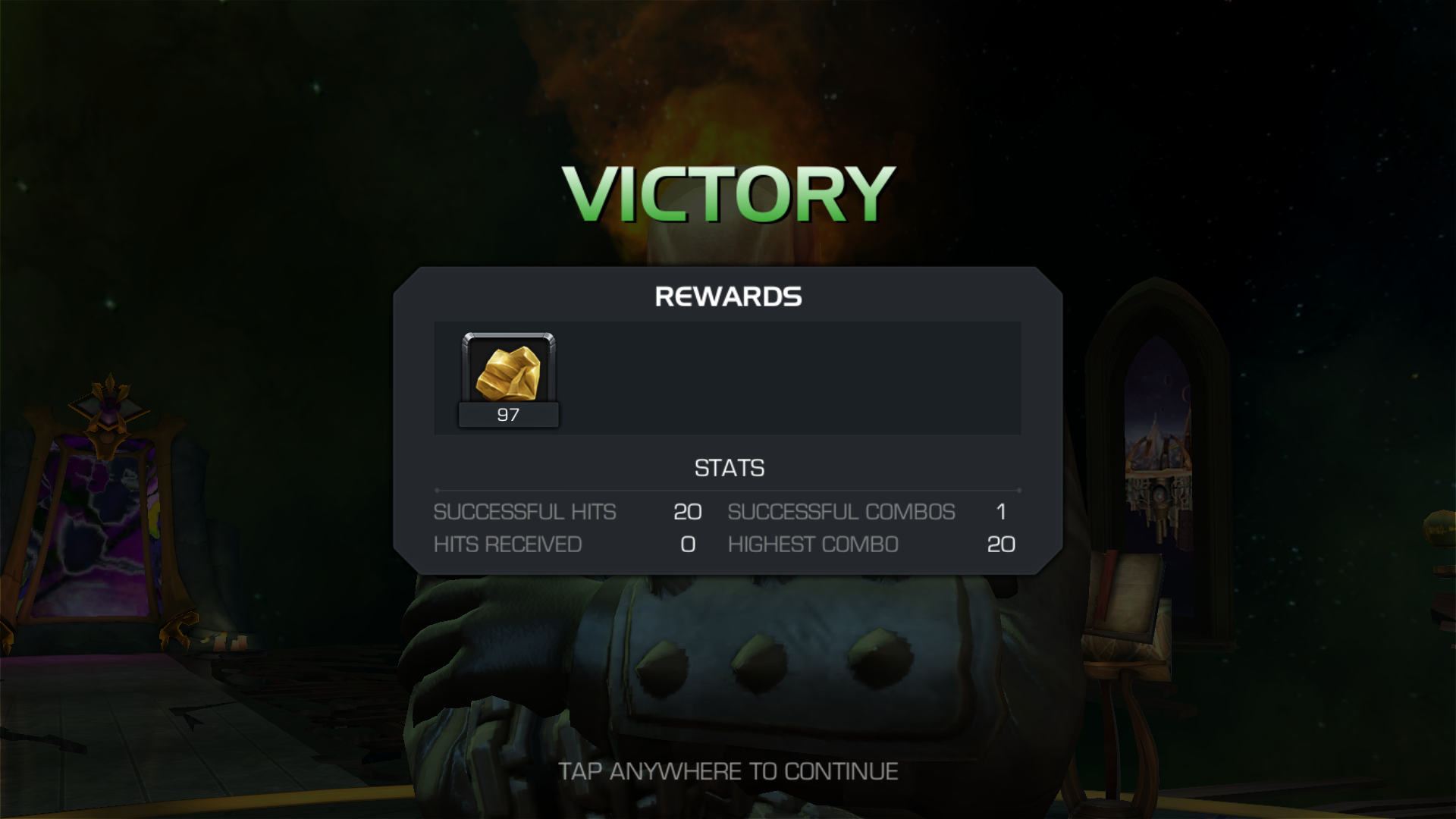