See the buff pics of one of the new quest challenge. 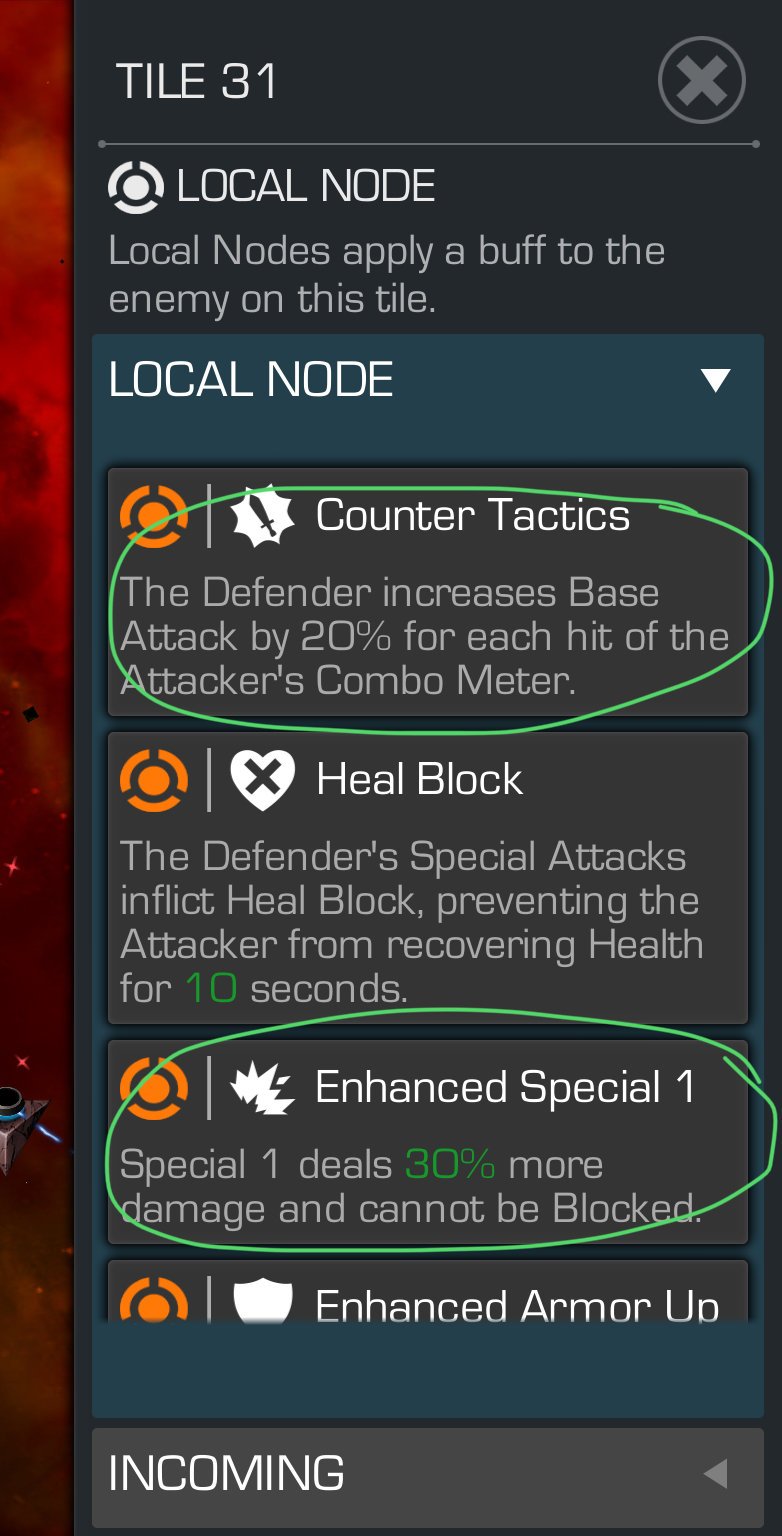 What is your objective, you wanted to make the quest hard and the main boss fight harder. Do you keep the skill levels in mind when you come up such buffs in the quest. 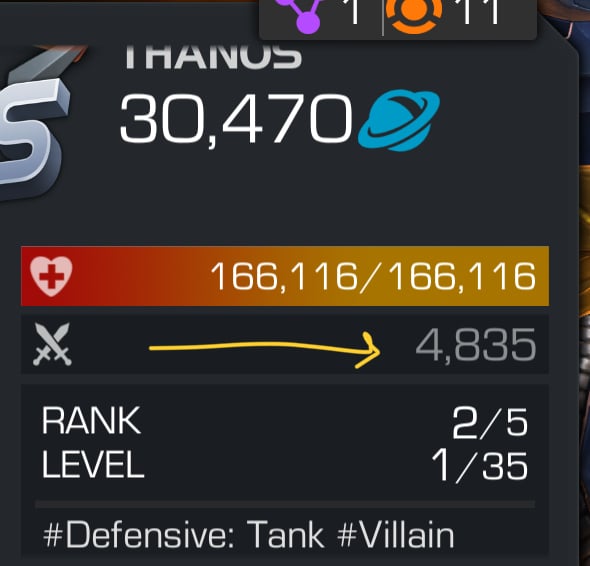 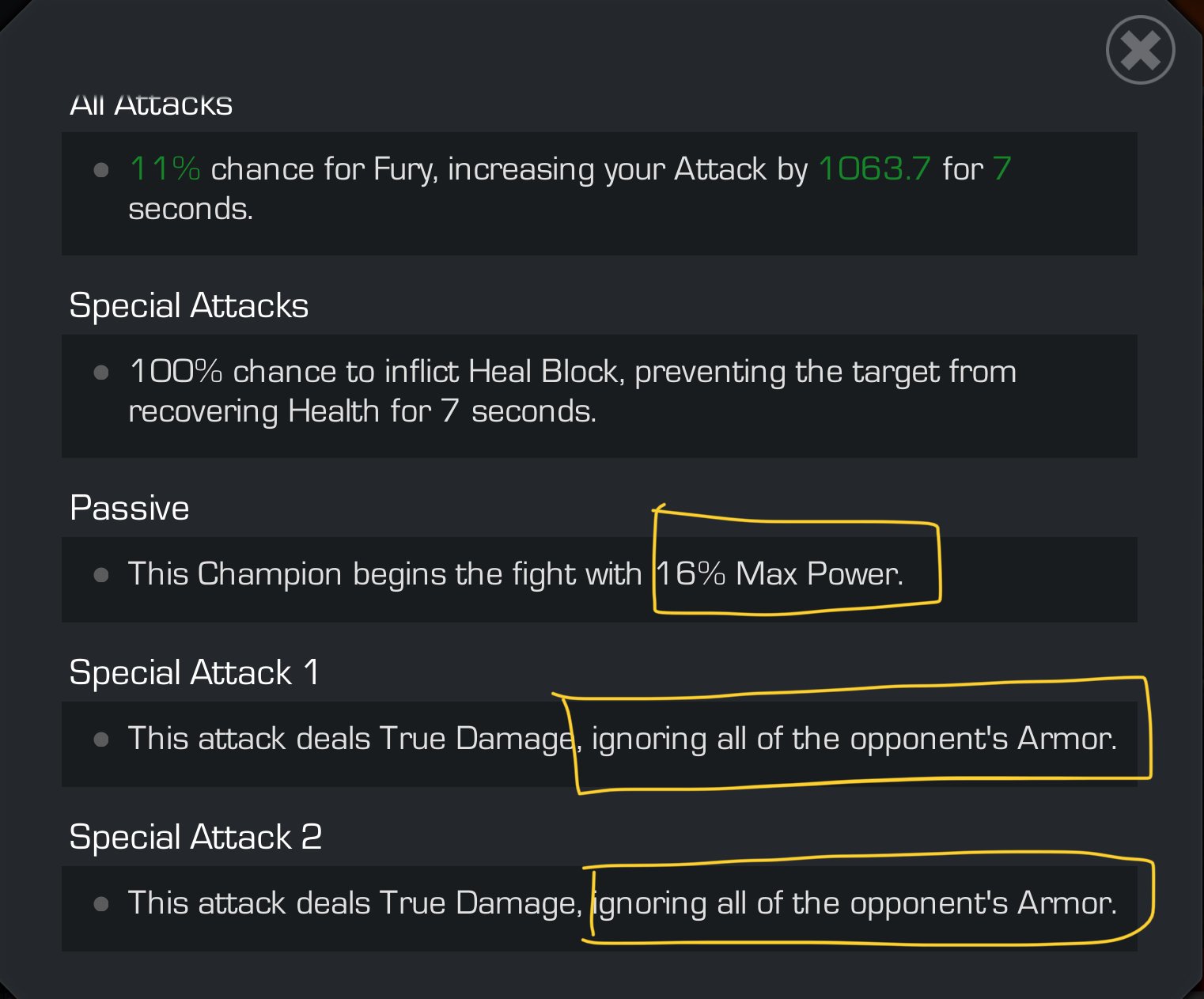 In the above image Thanos start the fight with 16% max power , the node gives him 100% power gain , special 1 and two attacks can ignore armor ( block damage will be deadly) and special 1 is unblockable with 30% more damage.

The above stats pointing that one mistake and my champ will be KO. At this point I understand that only skilled players can fight with the boss. This is fair and acceptable.

Now we see the attack part if I have to defeat Thanos, I can’t be playing only defensive by baiting and evading special attacks, I have to attack as well, so if by any chance I am able to hit Thanos with my special attacks “ Thanos is immune to debuffs “ . What do you want to do with this buff.

You basically gave Thanos a good attack buff and now why don’t you let us fight with those with keeping in mind that we have to play very defensive, one extra hit can push Thanos to special 3.

“ if I have to use resources with playing very skillfully, then I think you guys are not doing your job, this is not creative game content. This is purely a “money grab” strategy.

Not that my explanation matter to you guys but, this is what I feel about this game and wanted to share.
4