The Pool's Gambit Boss Rush is Coming! Nobody can stop me now! 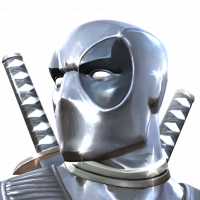 I have to admit, this was a lot harder than I thought it would be... Making a Boss Rush isn't easy. I really don't know what I'm doing with these nodes, so that'll be fun for you to figure out.

Wow! Flattered! Each fight in this Boss Rush (that I made) will feature a different and challenging Buff (that I made with no prior knowledge on how to make a buff at all).One Champion might be good against Deadpool but you’ll need to change tactics when facing off against Deadpool!

The Rewards
Yes. There will be those.

Okay, but what are they?
Right! I also made my own Crystal! This crystal guarantees a 4-Star Champion with an increased chance at a 4-Star Venompool, Gwenpool, Masacre, or Deadpool (X-Force). I also made my own Title! Complete the whole quest (that I made on my own with no help from anybody) and you'll get the shiny new "All I got was this Lousy Title" Title!

"But Thrillson! I don't need a 4-Star!" So? Then don't do it. There's a new Back Issues coming out in the next couple weeks. You can wait for that if you want, but you'll miss out on the greatest quest that's ever existed!