Yeetiboy Posts: 5 ★
April 2019 edited April 2019 in Bugs and Known Issues
So,i recently pulled a 5* corvus, Hes only at rank 2( hes halfway through rank 2, because i don't have much gold and Cosmic iso atm, due to ranking up Venom from rank 1 to rank 4.
And i needed to finish heroic to get some units and get that title. Also found out at how bad the ai is against low lvl characters, but thats for another discussion.
I Encountered Hela has the boss in 2.1, and I parried armor break, and the damage was reduced( supposing the Amor breaks are counting as Armor ups)? Is this a Bug , or working as intended? Also have a video to prove it. 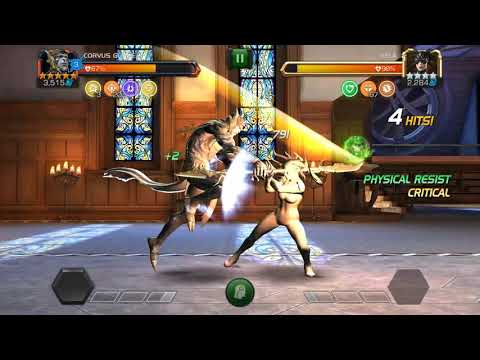