Cavalier Baby, Finally Did It!!!

TRONG94 Posts: 786 ★★★
August 2019 edited August 2019 in General Discussion
Been 7 months playing this game. This month I explored 5.3 then 5.2 (I already 100% cleared 5.1 and 5.4 before).
Until last week, I still thought maybe I should wait for 1 or 2 months to try on Act 6 but last night I realized I had around 15 or 18 energy refills. I wondered why not playing around some to see, though I only had 8 20% single revives and 2 team revives.
First is 6.1.1, no retreat. I had some experience about this bc when there was nothing to do, I usually went there to fight Elektra. But I took Joe Fixit path, it still took me 2 team revives for this quest.
I realized it is not that difficult like I imagined after playing 5.2.6 six times this month, lol. That pushed me forward to try more.
Then, I tried to play 6.1.2, well classic Ultron again, cost me 2 team revives also.
6.1.3 and 4 were such a breeze after those hard fights in 2 quests before. No items used at all, except energy refills.
Today, I played 6.1.5 and 6.1.6. Crossbone is just what people here said, used all stashed revives for Ghost, cuz I didnt have other choices for Biohazard. Not broke yet, still had quite good amount of units.
And at 6.1.6, I had to use 1 team revive right after Havok. I sucked at fighting him, his detonation killed me. I took Wolverine and X-23 path, quite easy with my VtD. Sentinel boss made me use about 8 revives for Ghost. Cuz I think after his analysis completes, it doesn't really matter to Ghost much.

My roster was kind of ridiculous. For all 6 quests, I used only 1 team: unduped VtD, duped Ghost, unduped Blade, duped Sym Sup all at 4/55 and the 6* Godlike Hulkbuster 1/25 (I have only 24 5*s and 1 6*), I pulled Medusa 2 weeks ago but she is just 2/35.
Still my old strategy I used in act 5, VtD with 4 or 5 regens for paths clearing and Ghost for boss fights, still effective. HB could be good for Bane if I managed to land hit on opponents and time it right, haha. Actually I used him for all Sabretooth fights and easy mutant fights, quite smoothly. Well, I think I'd love to try some cavalier crystals really soon. 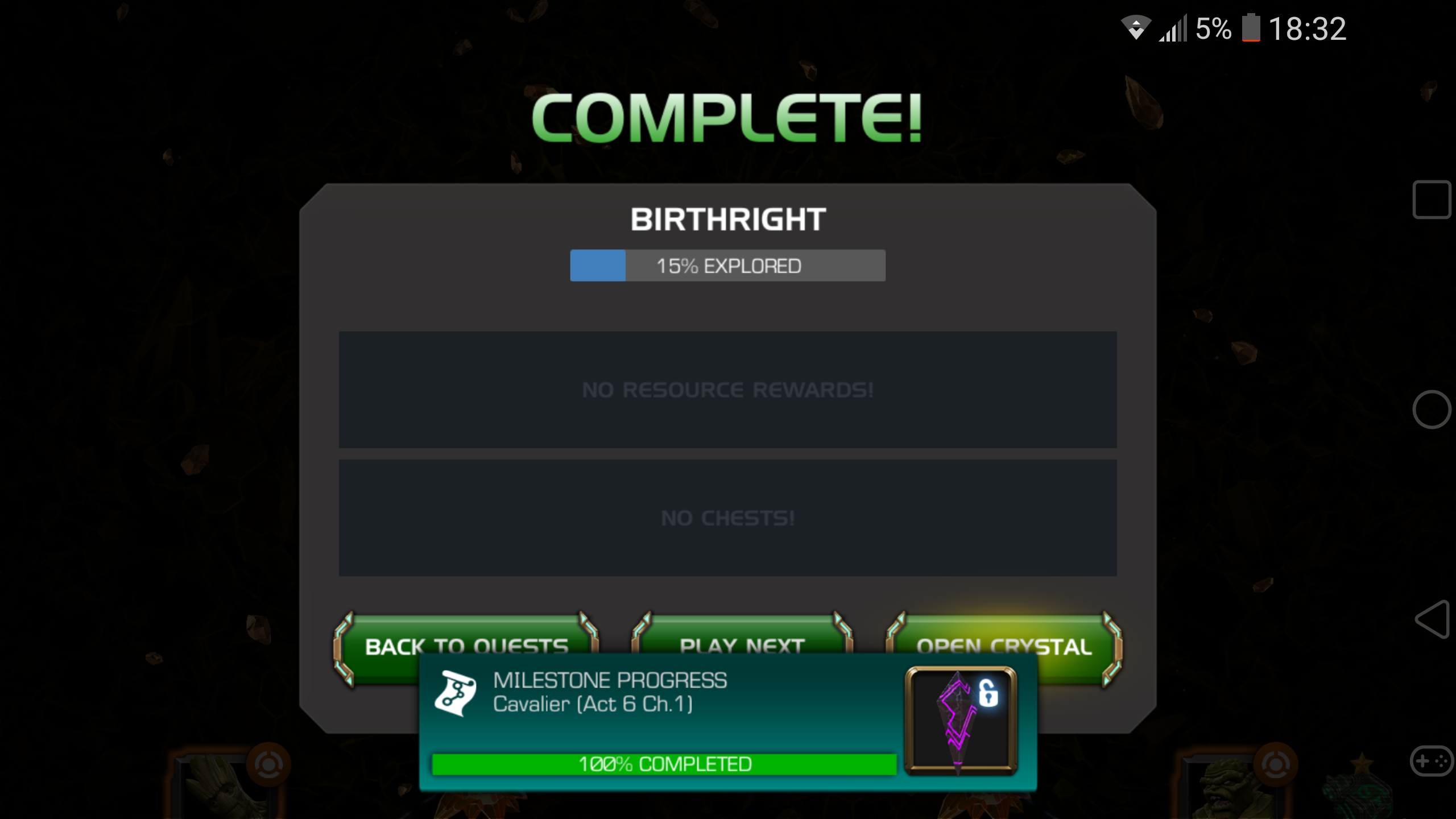 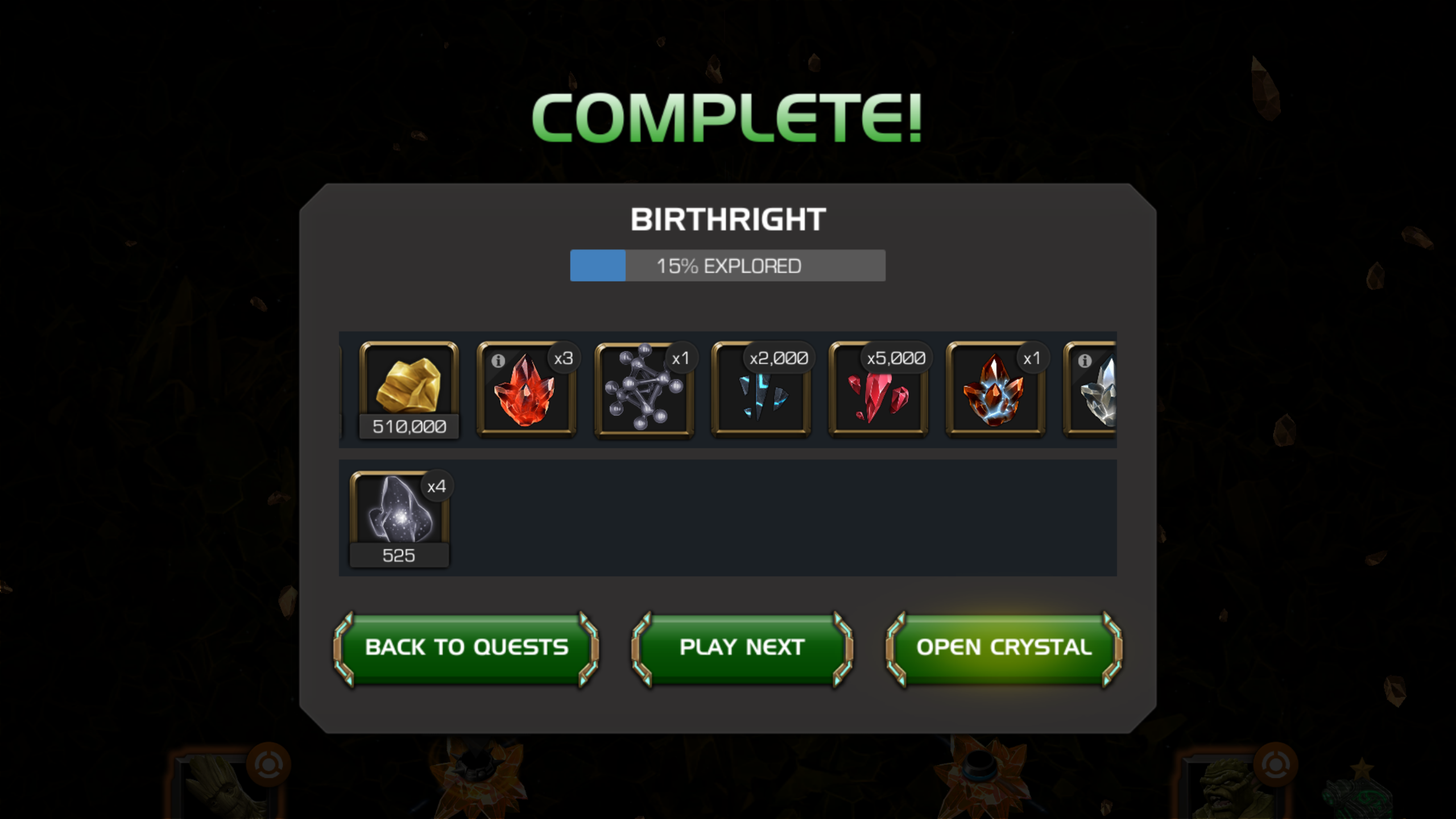 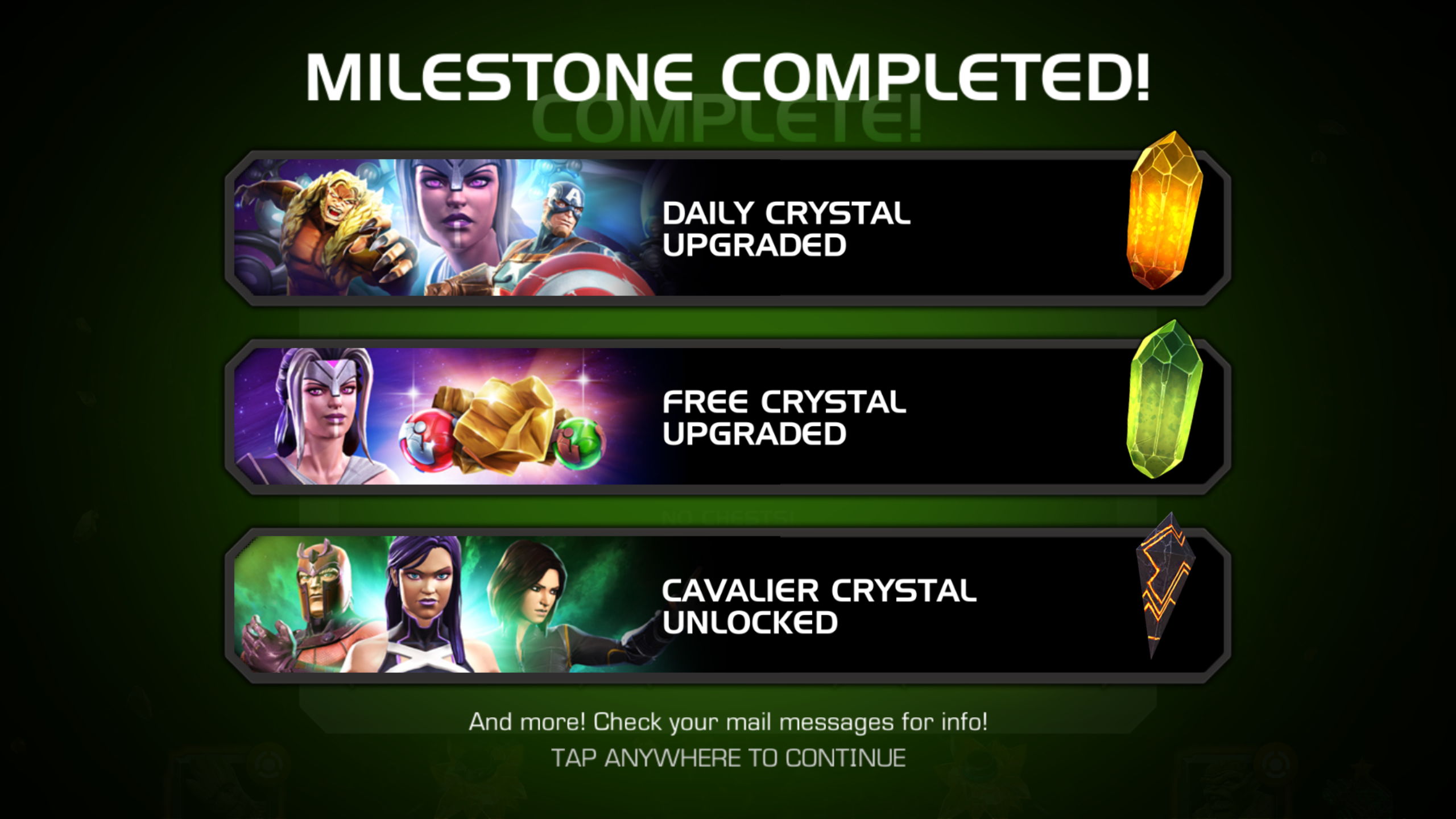 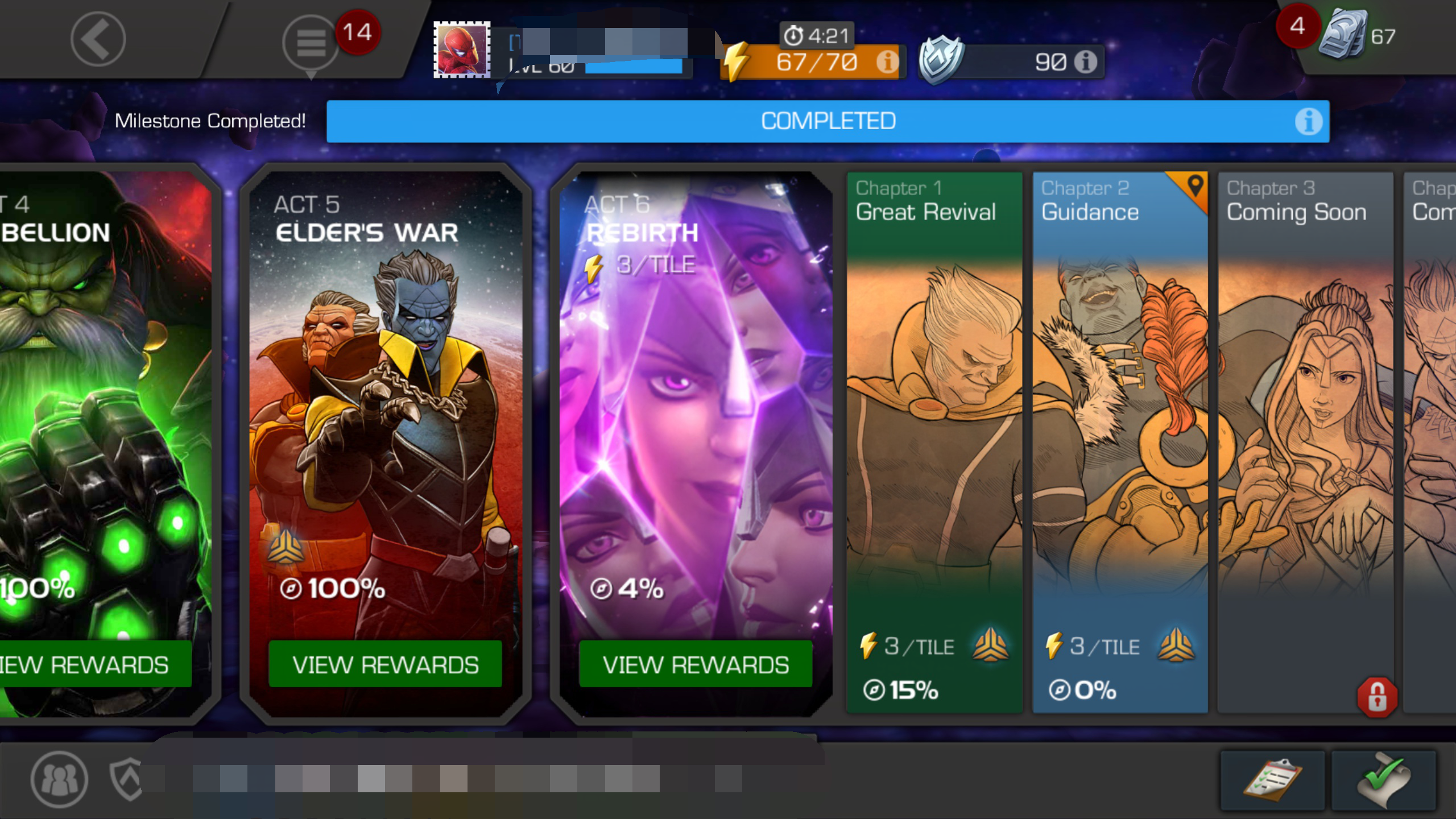